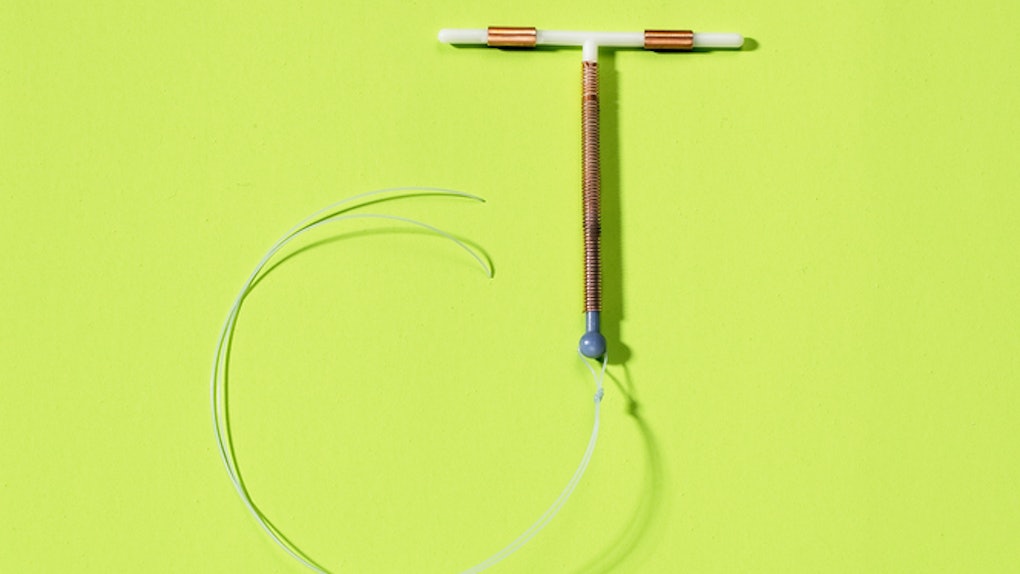 Do IUDs Hurt? 8 Questions You May Have About This Birth Control & Answers That'll Put You At Ease

In a day and age when access to birth control is becoming more heavily regulated rather than more widely available (what the actual f*ck?), it's never been more important than now to know what your options are in terms of practicing safe, baby-proof sex. The IUD has, in the past few years, become an incredibly popular birth control option for this very reason. Despite the fact that some women are hung up on the question, "Do IUDs hurt?" the truth is spreading about its many benefits.

The IUD is one of the best strategies on the market for women who want to have the control they deserve over the status of their uterus (rather than, you know, submitting to The Handmaid's Tale universe that some politicians apparently want to shuttle us toward). This form of birth control is safe and effective — 99 percent effective, to be exact. This, on its own, should be reason enough to pursue the idea with your doctor, since the pill can hover around 90 percent effectiveness for many women.

Despite the many benefits of this birth control, though, many women tend to have tons of concerns and questions about IUDs, many of which relate to fears of pain, mood and period changes, and problems with their partners.

Although you should literally never pick a birth control option based off your sexual partner's opinion alone (especially if their opinion is anything but wanting what's safest and most effective for both of you), it's always easier to have an open dialogue about your choices when you can confidently say your birth control won't hurt you, your sex life, or your future pregnancies, should you eventually want them.

So, here are eight questions you may have about the intrauterine device, and answers that will hopefully put your mind at ease about how this form of birth will affect your body.

The unfortunate answer here is yes, to at least some degree. There's no point in lying about it, or finding a way around it: You will likely feel mild to severe discomfort while an IUD is being inserted at the roof of your uterus. The reason why it can be uncomfortable is because your doctor can often trigger feelings of PMS cramps in your body when he or she dilates your cervix.

However, there's a lot of disagreement between women on just how badly it hurts, because, well, women all have different shapes, sizes, and bodily responses to a procedure like this.

Personally, I can say that when my IUD was first inserted, it felt like a bad period cramp, and for the rest of that day, that cramping feeling came in waves. But overall, it really wasn't that bad.

Besides, you know what probably hurts more than getting an IUD inserted into your vagina? Pushing a small human the size of a bowling ball out of your vagina.

2. Can I Feel My IUD? Can My Partner Feel It During Sex?

If the IUD has been correctly positioned, you shouldn't feel it whatsoever.

Oh, and contrary to popular belief, your partner can't feel your IUD either when you guys have sex. If either of you feels something at all, or you feel like it's moving around, you should contact your doctor immediately, because that might mean something isn't working correctly.

3. Will The IUD Affect My Moods?

There has been some speculation that the Mirena IUD leads to higher mood swings than the non-hormonal copper IUD, probably because of the lack of hormonal input from the copper IUD.

Regardless, you should always talk to your doctor about what the right fit is for you, instead of basing your decision off of an online chatroom consensus.

4. What Are The Disadvantages Of An IUD?

There's obviously the slight physical pain that can come with getting an IUD inserted, as well as the cramping that can occur during your period, depending on which IUD you have and how much hormonal regulation there is. With the ParaGard IUD, for example, you might experience heavier and more painful periods than usual.

Depending on your health care, it might also be more expensive to get an IUD upfront, which can run anywhere from $100 to $1,300. However, it can save money over time, since it will work as your main form of birth control for several years, and you don't have to pay for a monthly prescription.

And, as mentioned earlier, an IUD can affect your moods (like any form of birth control), so it's helpful to keep a journal or something comparable to track of your emotions and how much they may or may not change to see how this form of birth control is affecting your body.

5. Will An IUD Affect My Period?

Yes, no, and maybe. It totally depends on which IUD you want, and you can talk to your doctor about this as part of your decision-making process.

And no, it's not a massive health issue if you choose an IUD that prevents bleeding. The ParaGard will lead to a heavier, more intense period, while the Mirena will most likely end your period within two years of insertion.

6. What Are The Chances Of An IUD Coming Out During Sex?

The chances are very, very, very small. If an IUD comes out during sex, then you should immediately call your doctor and get it re-inserted, or see what other options you have to choose from.

But even if it does come out, it won't hurt the way it did when it first went in, so you shouldn't avoid getting an IUD because of the fear that it'll rip your uterus on its way out or something.

7. Why Choose An IUD Over Something Simpler, Like The Pill?

This is one of the more complicated myths, that an IUD is some overwhelming, complicated decision to make that's a way bigger deal than the pill. Sure, it's more work in the sense that you have to schedule a doctor's appointment to get it inserted, but after that, an IUD is the easiest birth control device you'll ever have. Not only does it boast the highest efficacy percentage among mainstream birth control options, but it also requires no work on your part after the appointment, whereas being on the pill requires you to remember to actually take it every single day.

8. Will The IUD Affect My Ability To Get Pregnant?

There's no proof that any form of birth control on the market today will hurt your future chances of childbirth. In fact, you could take your IUD out and get pregnant in the same month, if you really wanted to.

More like this
Your Mars Sign Meaning Reveals A Lot About Your Sexual Needs, So Take Notes
By Roya Backlund
23 Instagram Captions For Sunflowers That'll Instantly Brighten Up Your Day
By Jasmine Vaughn-Hall
These 40 Clever Vaccine Selfie Instagram Captions Deserve A Shot On Your Feed
By Rachel Chapman
Stay up to date