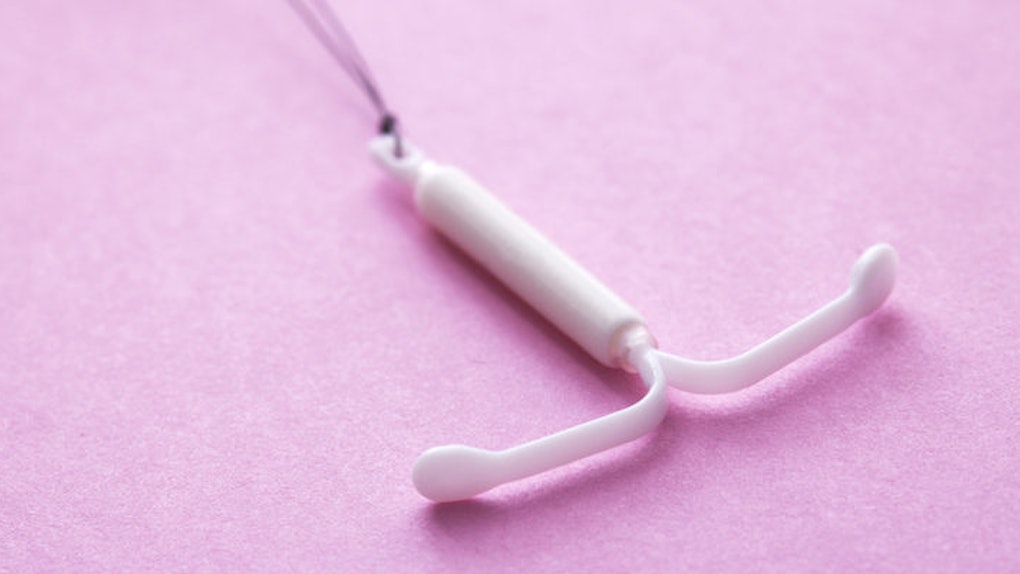 7 Things You Need To Know Before Getting An IUD

There are two types of women in this world: Those who have an alarm for their birth control and those who don’t.

I’m a member of the latter party. I regularly forget to take my pill at precisely the same time each and every day. Frankly, half the time I forget about it until a few hours later or the next day. Don’t tell my gynecologist.

In short, IUDs were made for women like me. They’re a foolproof way to ensure no matter what, my birth control is in place. Until I don’t want it to be, anyway.

Thinking of getting an IUD? Not sure what an IUD even is? Read on.

1. Getting an IUD is like being in a long-term relationship with birth control.

“The intrauterine device, or IUD,  is a form of long-acting birth control,” Dr. Megan Stubbs, a sexologist and sex educator, explains. “It is usually t-shaped and interred into the uterus making it one of the most effective and easily reversible forms of birth control currently on the market."

Okay, there aren’t many options. But that doesn’t mean you don’t have a choice. According to Stubbs, there are currently two available IUD options for women in the US. There's the hormone based Mirena and Skyla and the hormone-free copper version, Paraguard.

The hormonal IUD releases levonorgestrel which keeps the woman from releasing eggs. It can also reduce menstrual bleeding. The copper IUD affects sperm motility which can prevent them from meeting an egg. These must be inserted and removed by a medical professional.

3. It can help promote your sex life.

You may need help initiating sex, but an IUD can help you feel more foxy down under.

"Many women report a greater amount of spontaneity when it comes to having sex with their partner as they do not have to worry about pregnancy,” Stubbs says.

4. It can help with periods.

If you opt for the hormonal IUD, you might be saving yourself from backaches and cramps around your time of the month.

The hormonal IUDs can reduce, sometimes even stop, your menstrual flow and act to alleviate menstrual cramps.

5. The biggest disadvantage is in the insertion.

"The level of pain can range from mild to severe from insertion, coupled with the cramps and back pain you may experience,” Stubbs warns. “This can last up to a week, but over the counter pain medications can help alleviate the discomfort."

Can’t be any worse than taking Plan B after a drunken night poking around, right?

6. It can give you heavier periods.

At least it’s only temporary.

"There may be spotting between periods and/or irregular periods within the first few months,” Stubbs says.

The copper IUD is a great option for women who do not wish to use a hormonal form of birth control. But the copper IUD can cause more intense menstrual cramps and a heavier flow, too.

Depends. If you’re not planning on starting a family at any point in the near future, then consider it. It’s also a great fix for ladies who still haven’t mastered the whole daily birth control thing.