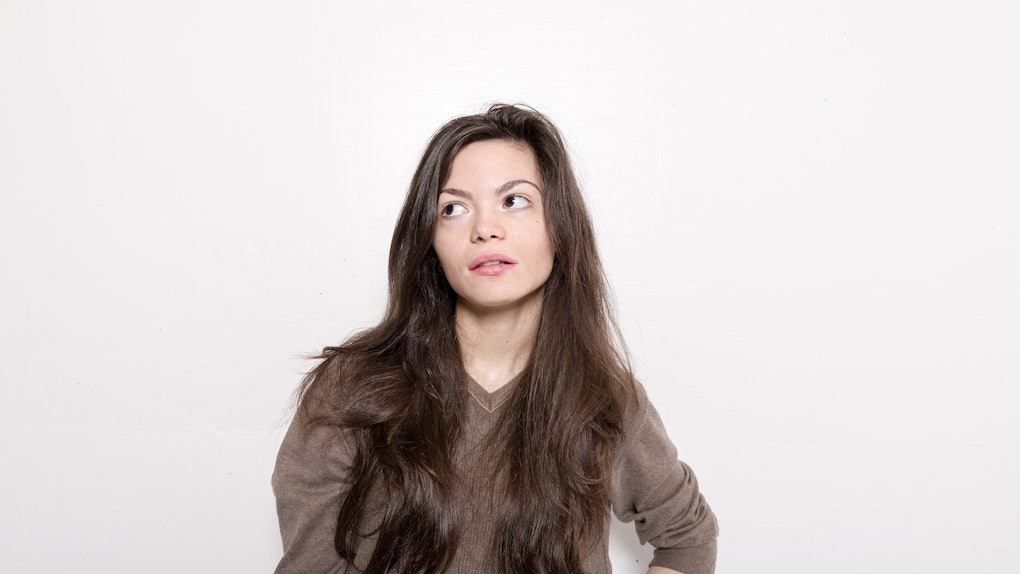 Can Guys Feel IUDs? Trust Us, They Definitely Can't & Here's Why

It seems a little bit silly that in 2017, we're still shaping our conversations about birth control in relation to how men feel about it. But alas, here we are. It's not uncommon to stumble across pamphlets or online chatrooms where the main concern is how a method of a woman's birth control is affecting the pleasure and overall experience of the man who's inside of her. While this is alarming in several psychological and literal regards, let's get to the scientific meat of the matter immediately, because birth control is no laughing matter: Can guys feel IUDs?

No, no, and no. Not only should the conversation on birth control be centered around women's health, both mentally and physically, but it should be entirely irrelevant and unnecessary for men to give their unsolicited, uneducated, and uninformed positions on the birth control strategies they likely don't fully understand.

Not only can guys not feel your IUDs, but they also probably don't even know what a freaking IUD is in the first place. And yet somehow, this is one of the more prevailing myths about birth control in general.

So let me say this again to be completely clear:

A man's sexual experience will not be affected by your decision to use one of the safest and most reliable forms of birth control currently on the market.

In fact, you could argue that you're increasing his experience by, you know, ensuring that a child won't come out of it.

As long as birth control has been around, there have been men poking questions about how this will affect their lives. Spend five minutes on Reddit and you will virtually encounter too many men who claim their sex lives are being totally freaking ruined by their sexual partner's decision to use a responsible form of birth control.

Exhibit A: This Reddit thread on whether men can feel the strings of an IUD.

My wife just got one 4 mo ago. At first it was a tinny, very annoying poke on the tip/ hole. Now, still the same and almost makes me wanna not do it. She's gotta go get that sh*t checked. Unless that's her goal, then I'm fkd."

The next time some guy tries to say that he's felt an IUD "poking" at him, you can explain to him how an IUD actually works.

First of all, it's not like an IUD is just chillin' inside of your vagina where fingers or objects can touch it. IUDs are placed at the very top of the uterus in a place called the fundus, which is over six inches away from the vaginal opening. And before some guy tries to interrupt you to say duh, his penis is totally bigger than six inches, please kindly explain to him that even if it is, that doesn't mean his penis is slamming against your cervix.

If that were the case, sex would become extremely painful, and the two of you would have bigger fish to fry than whether or not he can feel a string comparable to floss.

That brings us to the next argument guys tend to make, which is that they can feel the IUD string during sex.

OK, fine, it's possible you can feel the two-inch long string that hangs from the top of the fundus (although this is still very unlikely). If a man is going to make the argument that feeling a piece of thread is ruining his sexual experience, then I'm going to go out on a limb and say that man is not worth having a sexual experience with in the first place. Beyond that, the mucus in your cervix would make it incredibly difficult for a man to detect this string, even if it were brushing up against him — heaven forbid!

Here's some information that works as an excellent counter-argument to any idiot willing to argue with you in the first place:

An IUD is one of the most effective and safest birth control options women have to choose from.

As Bedsider Birth Control Support Network so aptly puts it,

The IUD is the Mercedes-Benz of modern contraception—its safety, efficacy, and other benefits are amazing. If you’re looking for a highly effective, no muss, no fuss contraceptive, look no further.

To any men who are oh-so-concerned about a tiny, life-changing device coming into contact with your penis, consider this: This little device is probably one of the main reasons why you're able to have safe, healthy, enjoyable sex in the first place. And you know what's going to feel a whole lot more obvious and unsettling than a string brushing against your penis? A massive, pregnant belly, and a baby that you probably weren't planning on having anytime soon.

Grow up, guys. And seriously, can Cecile Richards please go HAM on those Reddit threads and help a girl out?

More like this
How To Not Get Pregnant After He Came In You & You're Freaking Out
By Rachel Shatto
Making Love Vs. Having Sex: Here's How To Tell The Difference
By Anjali Sareen Nowakowski
Your Mars Sign Meaning Reveals A Lot About Your Sexual Needs, So Take Notes
By Roya Backlund
Stay up to date