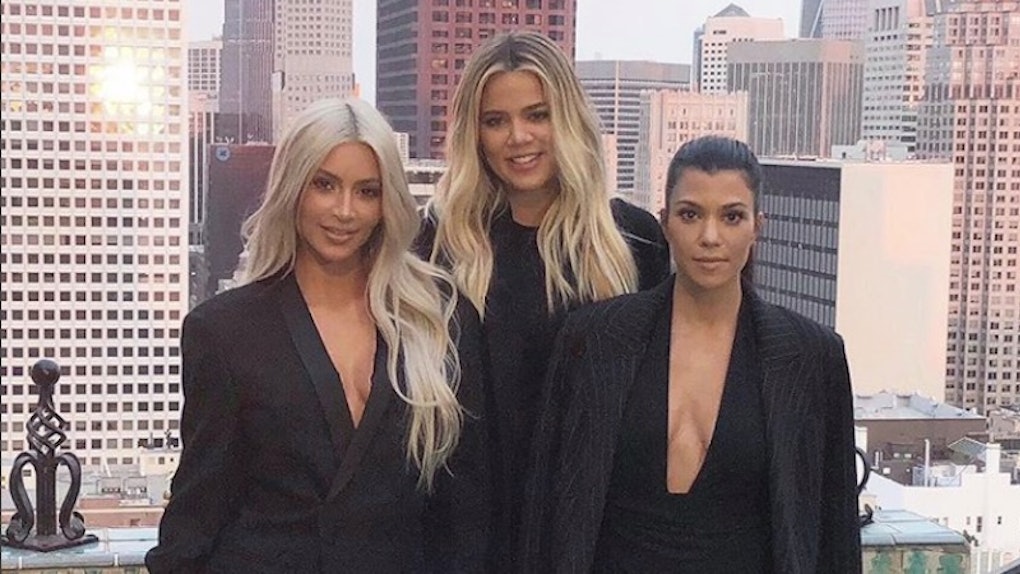 1. Kylie Jenner Will Announce Her Pregnancy

It's the news we've all been waiting for. When reports first came out back in September that Kylie Jenner was expecting her first child, fans were gearing up for a quick shutdown of the rumor. When that didn't come, suspicions rose, and they've kept rising for THREE. WHOLE. MONTHS. Obviously, if Jenner is going to confirm her reported pregnancy, it's gotta be in a big way after all this time. Could it be on Day 25 of the card? Fans think so. And, just a quick fun fact: Jenner is the only sister we haven't seen on the card yet. Will Day 25 be her debut?

2. Kim Kardashian Will Announce The Birth Of Her Third Child

Back in June, it was reported that Kim Kardashian hired a surrogate to carry her third child with Kanye West. Kardashian then confirmed the news in a promo for Season 14 of Keeping Up With The Kardashians, and she told Ellen DeGeneres that the baby is a girl. We still, though, haven't gotten a clear due date from Kim K. She threw herself a baby shower in November, meaning the baby is definitely coming soon. Will Kim debut baby number three on the last day of the Christmas card? This would be an epic announcement, but it likely won't happen. Most recently, E! News reported on Dec. 22 that the baby is due after Christmas. So, this may not be the best case for Day 25 of the Kardashian Christmas card, but you never know!

3. Khloé Kardashian Will Show Off Her Baby Bump

On Wednesday, Dec. 20, Khloé Kardashian confirmed that she is expecting her first child with NBA boyfriend Tristan Thompson. She posted the news with an emotional post on Instagram that showed off her beautiful baby bump for the first time. We've seen Khloé K in the Christmas card already, but she doesn't seem to have any visible baby bump, as her stomach has been hidden by her niece, Dream Kardashian. It's very possible we could see Khloé with her baby bump on the last day of the card. We haven't seen Tristan Thompson on the card yet, so maybe he'll be the one to make his debut.

Yep. Sorry to break it to everyone, but it's completely possible that Day 25 of the Kardashian Christmas card will have no huge, life-altering reveal after all. When Kim K first started posting the card photos, fans assumed they were puzzle pieces that would match up into one giant Christmas card. Now, with all the different photos we've seen (and considering some members of the family show up twice, three times, or even four times in the pictures), it's possible that these are all outtakes from a photo shoot the family did to take the Christmas card picture. On Day 25, we could just see all members of the family together in one giant photo, sans Kylie Jenner or Rob Kardashian, who haven't been featured at all.

Whatever happens on Day 25, all I know is I'll be refreshing social media to find out. Merry Kristmas!