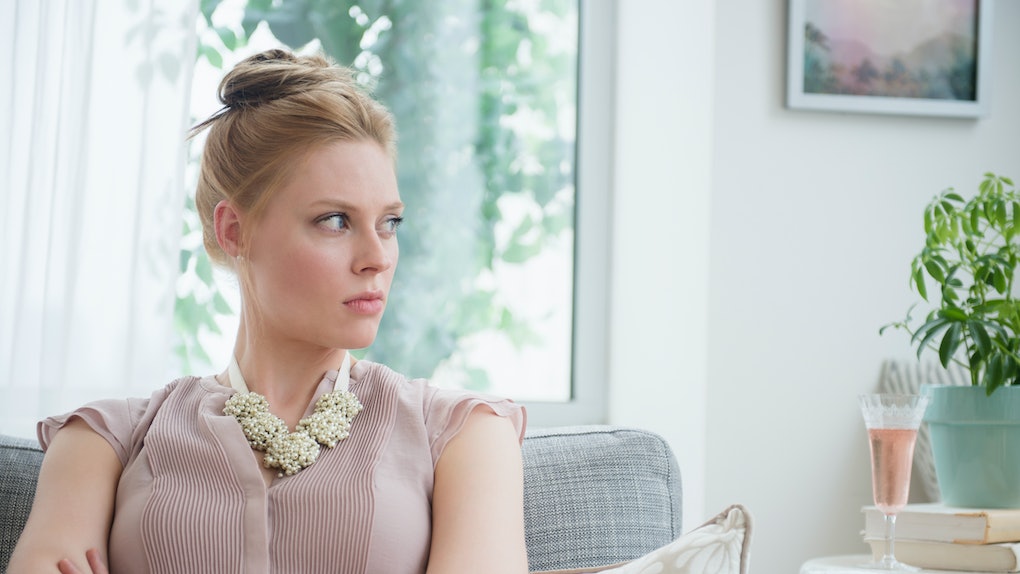 For a lot of people, Thanksgiving means food, family, and fun. For others, Thanksgiving can spell major drama. The ones likely to cause that drama: an Aries, Scorpio, or Aquarius. These are the three zodiac signs most likely to start a fight at Thanksgiving dinner, especially considering this year's astro-weather. It's not exactly the ideal scenario for a family-oriented holiday meal.

Aside from the fact that both Mercury and Mars will be traveling through the depths of Scorpio, the moon will also be in the pragmatic sign of Capricorn. Luckily, the moon will be sitting close to Venus — but even then, this will certainly set a more serious tone. In terms of the conversations that'll take place... Mercury and Mars in Scorpio like to get deep and dirty, which means there will more than likely be some heated debates around the table this year.

Aries: Their Main Thrill In Life Is Fighting

There's nothing an Aries loves more than getting a nice, juicy, heated debate going. The ram is ruled by assertive Mars, planet of action, impulse, and aggression; that action is taken with red-hot passion and undeniable impulse. This is precisely why those born under this cardinal fire sign struggle with keeping opinions to themselves, no matter how harsh or ruthless. Besides, with the moon-Venus-Saturn-Pluto in Capricorn this year, activating Aries' ambitious 10th house of authority, the feisty ram will be on a whole other level of bossy. Want my advice? Don't rev their engine, unless you're in the mood for a debate. Also, if you notice them getting flushed and overwhelmed, that's when you should back off.

Scorpio: They Secretly Enjoy Getting A Rise Out Of Others

Scorpio's all-seeing eyes and psychic radar can see through people's facades, which means they purposely poke to get answers. This fixed water sign can be incredibly polarizing for that reason; they need to see people's darkness and vulnerability before they can trust them. Nevertheless, you can already imagine them at Thanksgiving dinner, giving their cousin the death glare — just because. A Scorpio's always watching, so don't do anything shady, unless you're OK with them calling you out on it.

Aquarius: Their Social Life Is An Infinite Focus Group

Aquarius is the cosmic rebel; they thrive in social settings because they genuinely enjoy intellectual conversations and mentally stimulating exchanges. This is where their Uranian nature comes in, and it gets tricky. Given Aquarius' unique rebellion and unconventional personality, this fixed air sign finds a thrill in contradicting other people's POVs. The water bearer genuinely enjoys pushing buttons in order for them to fully grasp where the people around them are coming from. They're also naturally opinionated at heart, which means they'll stop at nothing to express their thoughts, and purposely reassure you of their perspective. Something else Aquarius is guilty of: They enjoy proving you wrong (even when you're not).