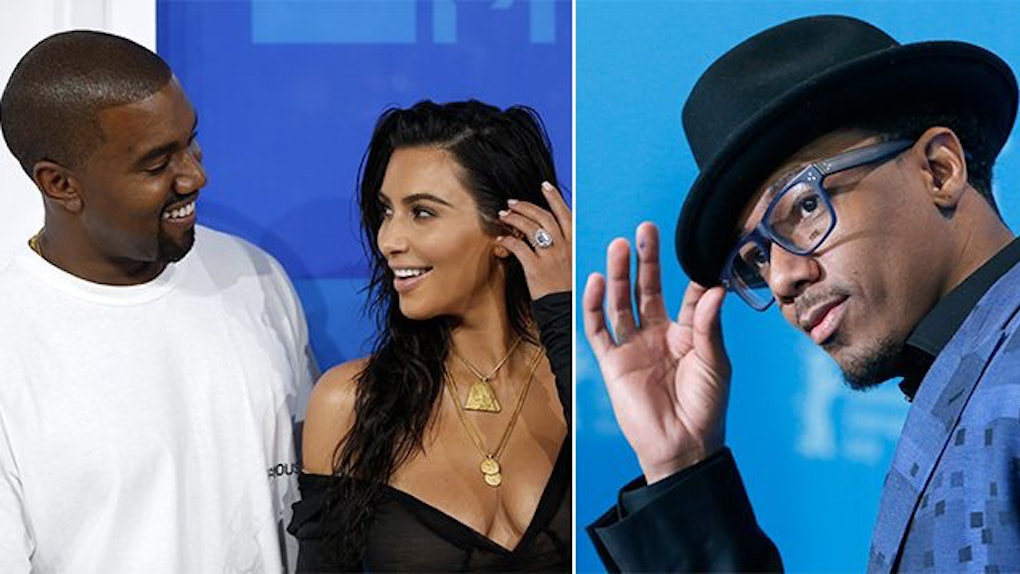 The 2000s were a weird time where denim-on-denim was a red carpet staple, Myspace was the coolest form of social media and unexpected pairs of celebrities became power couples.

Earlier in the week, Dax Shepard and Kristen Bell gave us a dose of 90s nostalgia when they shared a throwback pic on Instagram from when they were dating nine years ago.

However, it appears those love birds aren't the only celebrities who are embracing the old days.

Nick Cannon has also been getting in on the #TBT action, and his old school pictures may reveal a lot about his ex-girlfriend Kim Kardashian's past.

On Thursday, the 36-year-old comedian posted a throwback photo on Instagram that featured a young, un-contoured Kim Kardashian, who was Cannon's girlfriend at the time, along with her former BFF Paris Hilton.

If there's one thing we can learn from that photo, it's that Kim Kardashian has come a seriously long way since 2006.

Cannon posted another #TBT picture right after the one of Kim that shows Kanye West hanging out with them on the same night!

Cannon basically sums up what we're all secretly thinking by including a caption with the photo that says, "Same Night!!! Could it have.... Nah!!! LOL."

That's right. All these years later, Nick Cannon is finally putting the pieces together and basically taking credit for his ex-girlfriend Kim Kardashian marrying Kanye West.

While there's no concrete proof this was the night where Kim and Kanye locked eyes and immediately fell head over heels for one another, these suspicious photos reveal Nick could have definitely played a part in Kimye's relationship.

Apparently, Kim has also been feeling the vintage vibes lately because she's been sharing photos that have the same retro-aesthetic.

She posted a few ethereal photos that show her posing with her kids, as well as another sweet snapshot that proves Kimye is still going strong, despite all the nasty rumors that have been swirling around the famous couple.