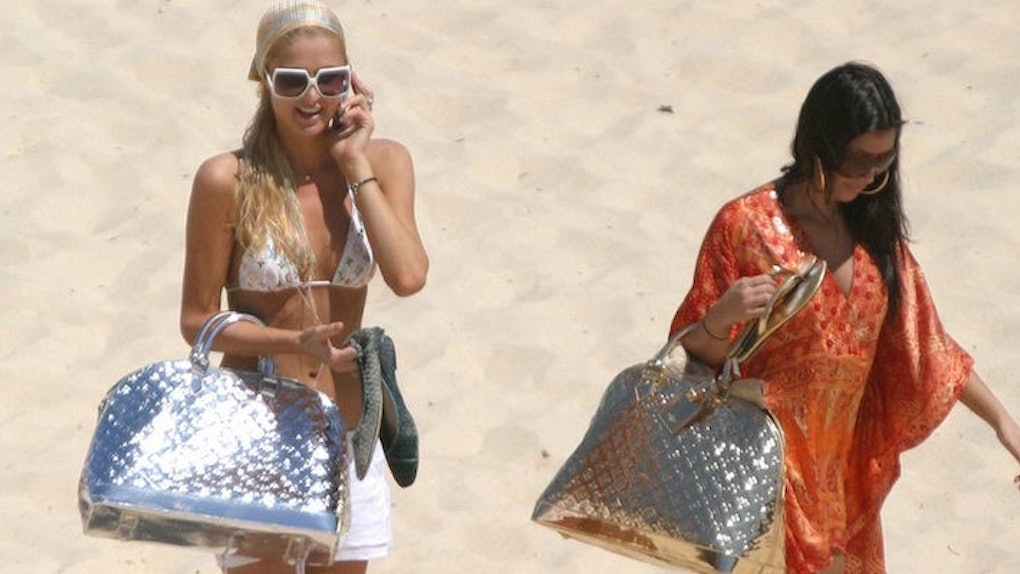 Kim K and Paris Hilton are back to being best buds.

Kim is married to a music icon, is the star of her own reality show, has two beautiful cherubic looking kids, is the head of her own massive business empire and is widely considered one of the most recognizable faces on the planet.

Paris, in the meantime, is still trying to make her perfume line a thing.

The two used to be friends, though.

The famous socialites were almost cosmically linked from the moment they were born because of their similar upbringings and the way they both became famous.

For a while, Paris was like the New York version of Kim, who was LA based.

If you think about it, had it not been for a series of happenstance events and the fact that Kris managed the Kardashians like a chain of successful retail franchises, Kim could be as much of a C-lister as Paris is.

But the two reunited over the holidays at Kris' famous Christmas Eve bash.

She also spent the night documenting run-ins with the rest of the Kardashian family.

She and Nicky were able to get some quality time with the Revenge Body herself, Khloé Kardashian.

She even got to press the flesh with Santa and Caitlyn.

Because this was a Kardashian event, the party wasn't without its fair share of drama.

This came after Rob Snapchatted footage from his house showing that Chyna had moved Dream and King Cairo out of the couple's residence.

Since then, Rob and Chyna appear to have potentially gotten back together, but the family isn't buying it.

They're firmly against the two being together and have been vocal about their opposition to Chyna riding the Kardashian Koattails.

More important than all of that, though, is this one question: Is Paris looking to make a 2017 comeback?!?!