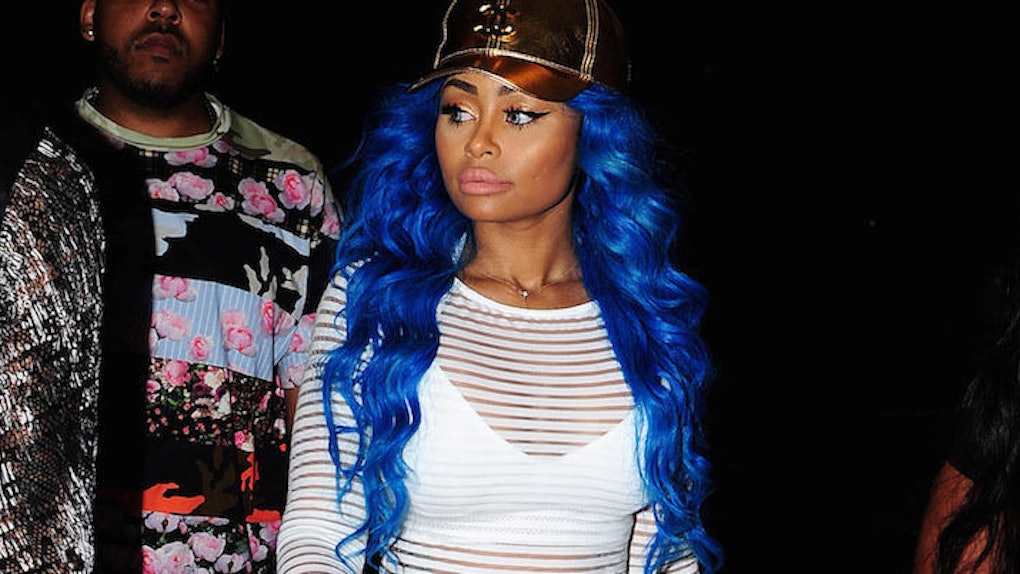 "Have a merry Christmas, just like do it way over there." -- The Kardashians to Blac Chyna

This comes after Chyna and Rob Kardashian broke up earlier this week following a fight that led to Blac Chyna (allegedly) drunkenly assaulting Rob.

According to the source,

Rob's family is over Chyna. She is not invited to Kris' holiday party.

Rob's family is trying to distance themselves from Chyna. They can't stand the toxic relationship. They very much care about baby Dream though. It's just come to the point when they think Rob is better off without being in a relationship with Chyna.

The family is reportedly over Rob and Chyna's relationship with a source saying that Kris no longer supports Rob being together with Chyna.

At least some of his family members want Rob to split up with Chyna so they can say, 'We told you so Rob. You deserve better,'

Since they've been together, Rob and Chyna have been a complete disaster. Allegations of infidelity and Blac Chyna abusing Rob have been a constant theme within their relationship, culminating in Chyna removing King Cairo and Dream from the couple's house on Sunday.

A seemingly crying Rob Snapchatted from inside the couple's home, showing a ginger bread house before going to Dream and Cairo's empty rooms.

Ironically, this was the same day that Rob and Chyna had their baby special hours after the story was posted.

At the same time, Blac Chyna was allegedly dealing with her Instagram being hacked, showing private conversation she was having with a lawyer, Jaden Smith and a few others.