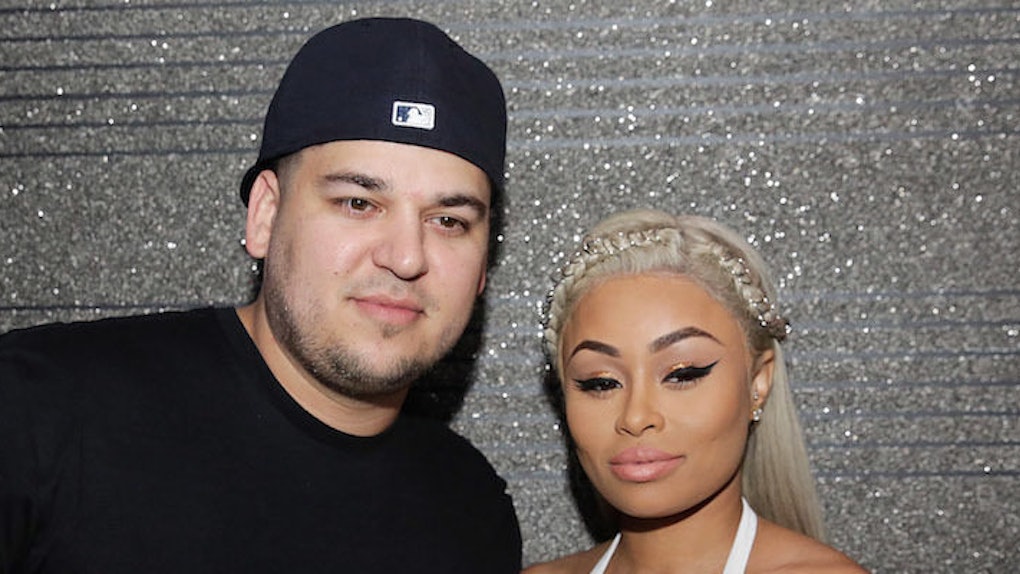 Blac Chyna reportedly beat Rob Kardashian before moving herself, King Cairo and Dream out of the couple's house.

It was a roller coaster of a weekend for the stars of "Rob & Chyna."

Hours before the premiere of their baby special on E!, and while the two were fighting on Instagram, Rob Kardashian Snapchatted video from inside the couple's house saying Blac Chyna had taken their baby and King Cairo out of the house.

There are now reports that Chyna was physically abusive toward Rob before she moved out.

A source close to the family told E! as the couple was fighting, Chyna drunkenly lunged at Rob and started to beat him. The source said,

She was punching him in his back and arms and was in a drunken rage.

The source claimed Corey Gamble (Kris Jenner's boyfriend) was the one to break up the fight, reportedly ripping Blac Chyna off Rob's back.

This was all happening at the same time Chyna was reportedly dealing with Instagram hackers uploading various private conversations she was having with her attorney, Jaden Smith and her friend Treasure to her public account.

The fight between the couple appears to be over, though. TMZ is reporting the two are sort of back together, talking but not living under the same roof.

On Monday afternoon, Rob posted a picture of Dream with an emotional caption.

He also posted a promotional photo for Arthur George socks during all of this, so honestly who knows what's going on with him nowadays.

Blac Chyna re-posted Rob's Instagram about the fight to her account with a heart as the caption.

Unlike Rob, the Kardashian family is seemingly done with the couple altogether.

According to TMZ, although Rob and Chyna may be trying to work things out, his sisters are not talking to either of them, blaming the fight on both of them.

I would pay a billion dollars to be a fly on the wall at this year's Kardashian family Kristmas dinner.