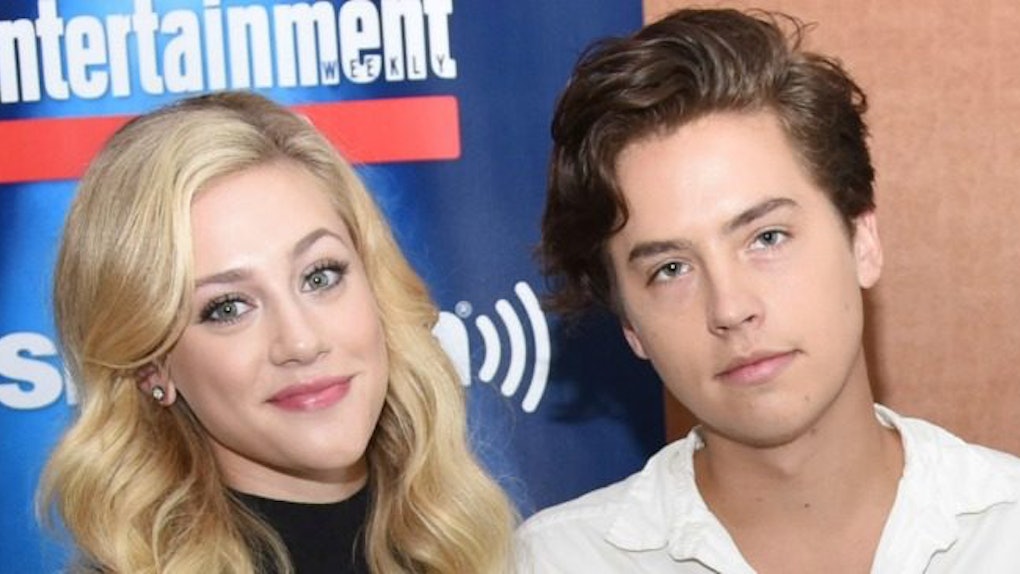 On Tuesday, Sept. 26, Reinhart was feeling particularly contemplative. More specifically, about the compelling and long-winded romance between Kermit The Frog and Miss Piggy. Talk about a rollercoaster of emotions over that one, eh? Reinhart tweeted out,

Miss Piggy caught wind of Reinhart's very public diary entry and decided to bite back the next day, on Wednesday, Sept. 27, and drag Reinhart's Riverdale co-star, Cole Sprouse, into the mix. The muppet said,

@lilireinhart Tell your diary that moi has moved on from walking over the frog. I'm looking for someone new. You got @colesprouse's number?

The best part was when Cole Sprouse decided to jump in. The ever hilarious (and suave) Riverdale star kept it clean and simple with his reply. Sprouse tweeted,

Cole Sprouse is known for being entertaining on social media. Let us not forget the time he posted a throwback photo of him with his twin brother, Dylan Sprouse, and a young fan. The twist? The blonde girl looks identical to Sprouse's Riverdale co-star, Lili Reinhart. After Sprouse put the picture on his Instagram story, he tagged Reinhart in the next post and added several question marks.

Unfortunately, the girl in the photo is definitely not Reinhart. Womp, womp. A fan named Anna-Laura gushed on Twitter that she made it on Sprouse's Instagram story. This led people to wonder if she was actually Lili Reinhart's long-lost twin sister. Also, no. It turns out Anna-Laura met the twins while they were filming a jet-ski scene at a lake near her home.

Reinhart and Sprouse have had strong relationship rumors circling about them for quite some time. The on-screen romance between Jughead and Betty on Riverdale is so powerful, fans have been shipping them basically forever — if we dream hard enough, right guys? Sprouse and Reinhart even won Choice TV Ship at the Teen Choice Awards this year.

Sprouse has made it very clear he is not interested in publicizing his personal relationships. He told Elle in July,

OK, but what about telling us just a little? I think the badgering worked because Sprouse has clued fans in a bit since that previous statement.

During an interview with Entertainment Weekly for the Fall TV Preview cover shoot, Sprouse said,

As always, Sprouse did not confirm or deny anything. Fans can still hope, right? Even if Sproushart isn't a thing, Jughead is AND I CAN'T WAIT TO SEE WHAT HAPPENS IN SEASON 2.

The show resurrects for its second season this October. The CW has been teasing fans with various Riverdale Season 2 trailers that looks INTENSE. Based on the trailer, this season is going to get freaky when it premieres on Oct. 11 — just in time for Halloween.

As for Miss Piggy, I think Cole Sprouse has his hands full at the moment. Maybe try the Teen Wolf cast?