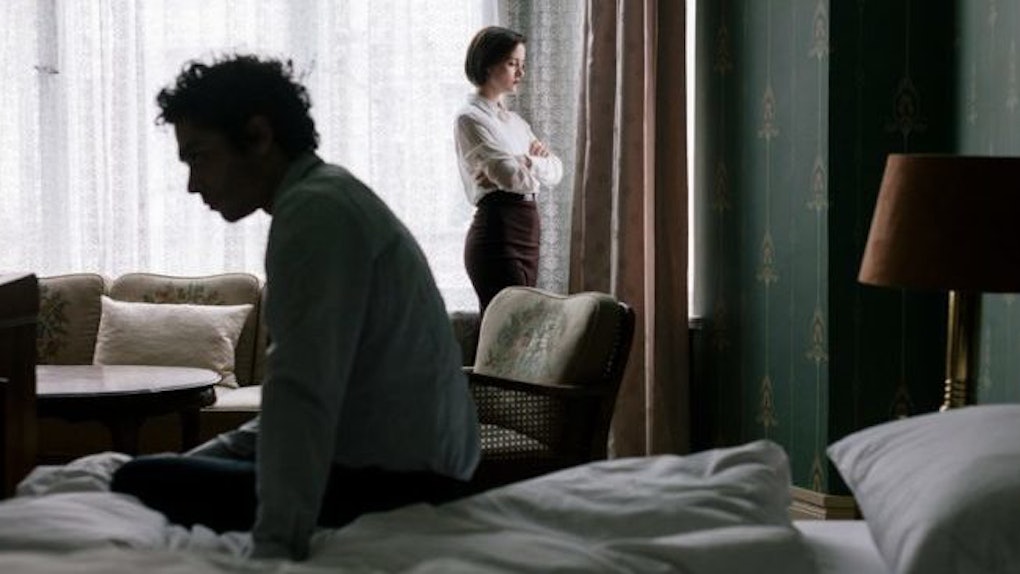 Is My Relationship Over? 6 Things You'll Feel When You're Ready To End It

It can be a really hard deciding whether or not to end a relationship when you're constantly wondering, "Is my relationship over?" When we love someone, and we've invested time and energy into the relationship, it can be really hard to know when to stay and when to go. And sometimes, we may stick around longer than we should.

Susan Trombetti, matchmaker extraordinaire and CEO of Exclusive Matchmaking, says it's rare that our feelings are wrong when we've been dissatisfied in a relationship. "It might be time to have that break up conversation and call it quits," she says. "How do you know? Really, all [signs] echo a similar vibe of discontent, a lack of foundation to build on or to continue building something special on, or just a feeling there is no ROI on your investment of love and time."

Still, though, sometimes, it's truly hard to tell what the right thing to do is — to stick around or to call it quits — so I spoke to some experts to help you figure out. If you've been wondering how to know if you should break up with your partner, the feelings on this list will guide you.

Alessandra Conti, celebrity matchmaker at Matchmakers In The City, tells Elite Daily that if you feel like you're constantly playing second fiddle to, well, anything, it might be time to pull the plug on your relationship.

"The most important element of dating comes down to one word: consistency. Any guy can play the part of being an awesome boyfriend for a night: bring you out to a great restaurant, be super gentlemanly, and ask you a million questions and whisper sweet nothings until the sun comes up," she says. But if your partner can't keep the romance and affection going over time, something is wrong.

Trombetti agrees and says that in a relationship that's on its last leg, you'll feel like everyone or everything else is more important: "Sunday football, work, his mother — you might be 4th or 5th on their list."

If this is how you've been feeling, Conti says to try to hash it out before ending it: "Before unilaterally calling it quits, have a talk with him letting him know that you want to spend more quality time with him, and see how he implements this constructive feedback." And if he doesn't care or doesn't make any changes, it's time to move on.

But if he doesn't and, instead, is constantly talking about how sexy other women are or (even worse) putting you down or making you feel bad on purpose, cut him loose: "This is not someone who is helping you become the best version of your self. This is someone who is tearing your confidence so that he can feel as though he is more powerful."

Trombetti adds that when you feel like your partner isn't all that committed to your well-being, or that you generally don't feel soothed when you are with them, it's time to get out. No relationship is worth feeling inadequate. So if your partner is making you feel this way, leave ASAP.

A controlling partner is never a good look, so if your relationship has veered down that path or even started out that way, you should end it without looking back. Conti says that in a healthy relationship, you should constantly feel supported and valued, not like you can't do anything without their permission. If you feel suffocated, this could be the beginning of something a lot worse.

"If you feel like your every move is being judged, you feel like you need to ask your partner permission to do basic tasks, or like he is monitoring your every behavior, blowing up if you do not text him back within the hour, these are major red flags and can lead to something more dangerous in the future," she says.

Trombetti says that if you feel abused or mistreated in any way, or if you feel like you are being held back because of them, these are also signs you should call it quits on your relationship. If the relationship has already gotten to a point where you are nervous about leaving, get help to get out as soon as you can.

If a nagging feeling of suspicion just won't leave you (Conti calls this feeling "obsessively suspicious"), the relationship is on its last leg. So it's important to establish what healthy suspicion at the start of a relationship is and what a serious red flag is.

"In any relationship, it is normal to have a healthy amount of suspicions, until you get to know the guy to know that he is a trustworthy person with a solid set of values. But, if you wake up every day with a sinking feeling that he is cheating on you, you sneak through his texts on the daily, and spend hours trying to hack into his email, this is not a healthy amount of suspicion," she explains.

It's not that you won't have a responsibility in this, too: If you are snooping around so much, that's not good. And the thing is, you're probably snooping because there's a significant underlying lack of trust, meaning your relationship isn't healthy.

It's normal to have ups and downs in your sex life in a long-term relationship. That said, if you feel consistently disgusted with your partner over time, and you don't want to even touch them physically, you probably won't have a functioning relationship for that much longer. Trombetti says that it can be pretty extreme: "[If] you don't feel like kissing them or want to kiss them because they gross you out," it's time to end it.

Not only that, but if you literally feel like cringing when they try to touch you, there's no going back. You may even realize that it's not just their physical presence you feel disgusted with — it's who they are as a person. "[If] you don't feel you respect and admire your significant other, then you need to pull the plug ASAP!" Trombetti explains. A significant and ongoing feeling of disgust for your partner isn't likely to be healed. Instead, you're better off ending things.

A hallmark sign that a relationship is about to die is if you have gone through a roller coaster of negative feelings, and now, you literally feel nothing. You know it has turned from healthy to unhealthy when all the feelings have left you, says Conti. She continues, "When you are in a relationship, you will experience a cocktail of emotions: You will feel a little jealousy when you think about him with another girl, you will miss him when you are not with him, and you will feel excited when you are about to see him."

If you don't feel those things, it's better just to let your partner go. It's not always easy, though, according to Conti: "These are the toughest relationships to break out of because it is not as though you don't love him, you are just not in love with him."

Break ups are truly never easy. It's hard to let go of someone with whom you've been so connected to, even if it was just for a short time. If you feel any of these things in your relationship, though, it's a better idea to end things in a healthy way instead of sticking around for them to get even worse.