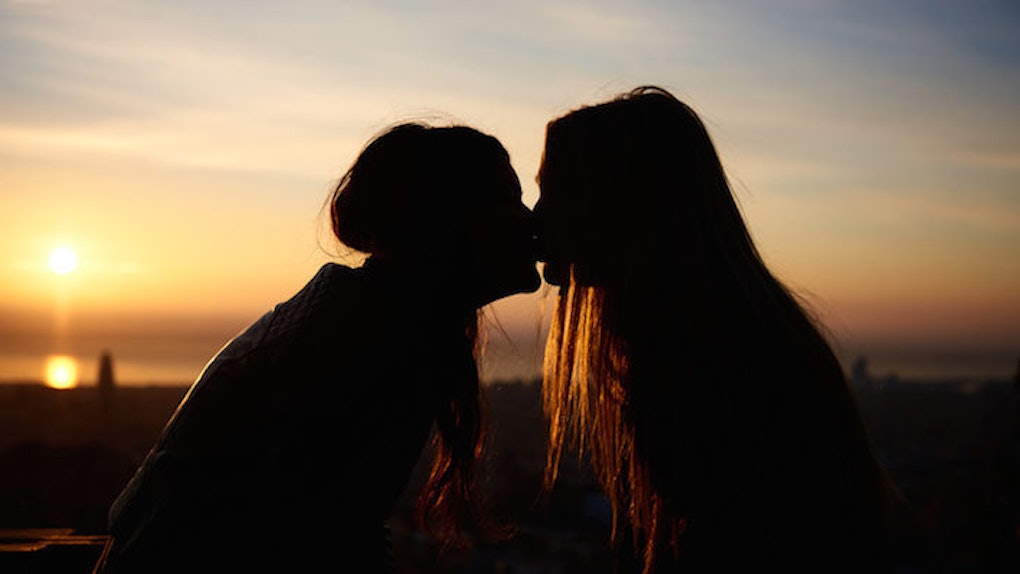 If You're Dating Someone Who Shares Your Zodiac Sign, Never Let Them Go

Now that I'm 30, weird sides of my personality have begun to surface. I swear on my beloved borough of Manhattan, when I woke up the morning of my 30th birthday, I felt the weirdness set in.

And the weirdest part of the weirdness is that I was into it. It felt good.

There I was, on top of the plush hotel bed of an annoyingly trendy hotel, still wearing last night's expensive, designer dress. Mascara was streaked across the satin pillows, and I had a pulsating headache so severe, it felt like a villain had broken into the room while I was sleeping and stuffed cotton balls in my skull.

I was thinking, "I feel hungover, but I feel changed."

Even though I was so dehydrated that I was having romantic visions of ice-cold water being poured into my mouth, I knew in the deepest part of my gut something had truly changed.

"So what was the great change, Zara, you goddamn rambler?"

OK, I'm just setting the scene for you, kittens!

It was the epic departure of Zara "I Don't Believe In Anything" Barrie. That's right; I stopped scoffing at all the new-age, zodiac "bullshit."

Maybe I started to understand that there are things out there in the vast expanse of the universe that are bigger than me. (Gasp!) Maybe it was because getting older just means you're that much closer to death, so you start to ~believe~ in the things you arbitrarily wrote off when you were young and thinking you were going to live for-fucking-ever, man!

But maybe, this sweet epiphany was kicked off by dating someone with the same ~zodiac sign~ as me. That's right! THE STARS.

Now, I know zodiac-on-zodiac relationships are controversial in some circles, but so are girl-on-girl relationships — so controversy at this stage of the game isn't really an issue.

After dating a fellow Taurus woman, I can never go back. Taurus women just embrace the sides of me that regular people have historically tried to change.

For example, in my previous relationships, my relentless obsession with luxury was wildly irritating to my SO. But I couldn't help it.

Ever since I dated a fellow Taurus woman, I can never go back.

"Not everything has to be so luxurious all the time! Can't you rough it? Why can't we go to Applebee's for fucking dinner?" my ex would scream at me. (Lesbian relationships can be volatile AF.)

"We can't go to fucking Applebee's because I'm a sensual person, and it's NOT PRETTY IN THERE," I would scream back. (Like I said, lesbian relationships can be volatile AF.)

But luckily, the fellow Taurean lover is on the same page as me and my glam. She doesn't want to go to Applebee's because, like me, she's super tapped into her senses. She likes to surround herself with the best possible smells, specific visuals and tastes.

It's no secret that I'm a bullheaded Taurus. I'm this calm, gentle creature radiating with sweet energy... until I'm not. And when the bull is unleashed, only a fool messes around with me.

However, I don't unleash that inner animal unless you've attacked her. I've deeply embodied the Taurus trait of hating injustice. A fellow Taurus babe will get just as riled up as me at the first sight of injustice in this cruel world.

"Why do you always have to stand on your goddamn soapbox about everything?! The way that woman was treating her dog was none of our goddamn business!" my ex muttered under her breath. At that point in our relationship, she didn't have the energy to raise her voice.

A Taurus babe would be just as riled up as I am at the first sight of injustice in this cruel world.

"THAT woman was not treating her dog right, AND IF I DON'T SAY SOMETHING, WHO WILL? ANIMALS DON'T HAVE A VOICE, BITCH!" I would scream because I always have the energy to scream —even when a relationship has expired and there isn't a point in fighting anymore.

A Taurus wouldn't shame me for speaking up. In fact, she would stand next to me and speak up with me. And two is far more powerful than one when it comes to activism, babes.

I don't want to be silenced. I want someone who understands my irrepressible rage and gets fired up with me. And trust me, that makes for much better, hotter sex.

And don't get me started on my hatred of "complications" and "incompetence."

Taurus ladies hate to be uncomfortable or inconvenienced (hence my very expensive Uber bill every month).

I mean, why would I ever get into a sweaty subway with miserable people packed into a tiny space when I could gaze into the glittering city of Manhattan through the window of a taxi?

The amount of times my exes have attempted to drag me onto the train as I kick and scream in typical Taurean defiance is innumerable.

But a fellow Taurus chick is wired the same way I am. She doesn't like to do the "general population" thing, and she isn't ever going to toss me onto a hot, humid subway car.

Nah, it's private car all the way — regardless of our financial status. That's the way it is. You just can't put a price on convenience.

Taurus babes are also wildly artistic, they love music and they're insanely romantic. Do you know how frustrating it is to be a passionate music lover in a relationship with someone who is apathetic about MUSIC?

I mean, what the hell am I going to talk about with someone who doesn't lock themselves in their bedroom and fucking weep to a great song? Nothing. Zero. Ziltch.

We also share the same flaws. It's hard to get pissed off at someone for being a little possessive, a little lazy and a little uncompromising when you're exactly the same way.

In fact, being with someone who shares your flaws makes you a better person. It holds up a mirror to how ridiculous your own behavior is and inspires you to change the really bad shit.

But I simply can't help but connect the fact that I happily dated (or am dating? Who the hell knows? A Taurus doesn't kiss and tell...) someone of the same zodiac sign, and it was (or is?) such an awesome experience, I'm not sure if I want to dabble in the other signs again.

It's akin to the first time I had sex with a girl. I knew I was never going back to the boy bodies once I felt a girl body on top of me. Hell no.

I knew I was never going back to the boy bodies once I felt a girl body on top of me.

This whole thing could just be a deep connection with another person. But maybe it's not.

If I want to thank the stars for teaching me that I need to be with a luxurious woman who doesn't like to be mildly inconvenienced like myself, then that's OK.

We have to hold on to whatever semblance of fantasy we can in these trying times. And if mine happens to be a 30-year-old life crisis, involving delusional zodiac theories, then I'll take it.