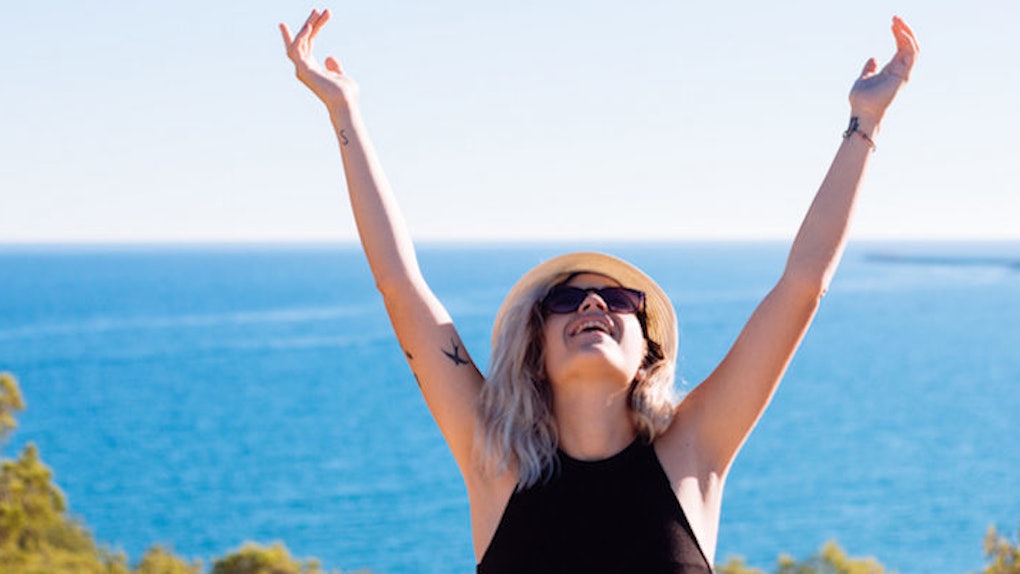 I swear to the higher-power above, the great goddess herself, and the American flagship Chanel store on 57th Street, I'm not even remotely lying when I claim that it never once occurred to me that I'm supposed to be engaged by 30 years old.

Or at least panicking about NOT being engaged by 30.

Look, kittens, I'm panicking about a ton of things: I'm worried that I'll have a failed career and be broke forever; that I've contracted some new, incurable STD; that I drank too much booze or did too many drugs when I was a teenager and screwed up my brain forever; that I'm a bad writer and becoming hideously uglier each day.

But being engaged? Really? Give me a break, babes. I have bigger fish to fry.

Maybe I've been living in the glittery bubble of the West Village for too long, but it's only recently come to my attention that there are girls out there, in AMERICA — the sparkling land of insurmountable opportunity — who are depressed and scared shitless that they're going to breach 30 completely ringless.

For example, there's a 23-year-old girl I know who spends all of her free time searching for, and talking about, "the one."

She has weekly panic attacks about being single. Every time she mentions the "pressure" she feels to get married before 30, I want to scream.

I feel like shaking her shoulders and yelling, "Girl, you live in the greatest place on Earth. You're not stuck in a third-world country where your physical survival is quite literally dependent on marrying young."

The whole concept of marrying by a certain age is so archaic. And I can't believe bright, educated, young girls still subscribe to such a bullshit and dated thought process. What about channeling that incredible talent and energy and focusing on YOU?

A few years back, I found myself in big trouble with a group of girls from Connecticut. I had RSVP'd 'yes' to a bachelorette party, but at the last-minute, I couldn't attend because I scored an acting gig.

While I was bummed to miss the party, I was ecstatic to be fulfilling my lifelong goal of professional acting. It was a huge moment for me. I expected a mere congratulations at least.

But alas, there were no congratulations. The girls were ready to suck my blood and toss my lifeless body into the Hudson River. They made me feel outrageously selfish for daring to choose an incredible career opportunity over a party for a girl getting married.

In their eyes, there was no accomplishment greater than getting engaged.

Think of how much money we've all spent on wedding presents, bachelorette weekends, bridal luncheons and engagement parties — all to celebrate a diamond ring on a girl's finger, as if that's her greatest accomplishment in life.

You know what? I'm not engaged. Not even close. And at 30 years old, I feel like I've done at least 30 things that are way fucking cooler, more empowering and more exciting than getting engaged. Where's my freaking party, girl?

(Important to note: I highly recommend writing one of these lists for yourselves, my untethered sisters. It's very empowering. I'm currently PMSing and in a vile mood, and the whole experience totally turned my day around.)

Here are 30 insanely awesome things I've accomplished in life that I feel are much more exciting than getting engaged:

1. I moved to Los Angeles at age 17, scored a job at a trendy clothing store on Melrose Avenue, made $8 an hour selling ripped jeans to celebrities, lived in a shoebox-sized apartment, drove myself to auditions, made friends and learned how to live alone in Hollywood, babe.

2. I went to makeup school in SoHo, where I learned how to apply liquid liner like a boss — even on emotionally-removed models with fluttering lids (from drugs) who insisted on smoking cigarettes as you applied their makeup.

3. I got three callbacks for the lead role on "Gossip Girl."

4. I had a small, but quirky role on an award-winning TV pilot. It didn't get picked up, but it was an amazing experience. I got to act alongside my childhood IDOL, Jodie Sweetin, AND we totally bonded. (And by bonded, I mean we shared cigarettes and bitched about the heat.)

5. I spent seven months traveling the country in a bright pink van with six eclectic, crazy makeup artists. We got paid to hand out free products and do five-minute makeovers. I saved over $20,000 in the process, saw the South for the first and only time and made best friends for life.

6. I inherited a tiny diamond ring from my mother that she bought for herself on a whim. I wear it every single day, and I feel like I carry a piece of her independent, retro energy with me at all times.

7. I got charged at by a wild hippo in Tanzania and survived, bitches.

8. I finally overcame my decade-long battle with anorexia and bulimia. I feel healthier than I ever thought possible, and will never take my health for granted again.

9. I spent three years in intense therapy with a hip, blonde shrink, breaking down the whirlwind in my head and confronting the demons of my past. While it was harrowing, I came out on the other side with a deep self-awareness for which I'm eternally grateful.

10. I spent two days at an elephant orphanage in Kenya where they take care of baby elephants whose parents were tragically killed by poachers. They rehabilitate these gorgeous creatures and work to get them acclimated to the wild. It changed the way I look at life and completely shaped my value system.

11. I fainted in a coffeeshop in Amsterdam because I ate too many psychedelic mushrooms. I lost a ballet flat in the process, but I didn't really care. I spent the rest of the night reading poetry aloud to my best friend Owen, who dutifully listened as he hallucinated Louis Vuitton logos all over my body.

12. On a whim, I started a fashion blog called "The Silver Factory Girl," which later became a video blog and then a relationship-advice video blog. It eventually led to my dream career in media.

13. I spent two years living in rainy, gray London working at the world's most famous department store and selling makeup to rude clientele. And though it wasn't glamorous, fun or fulfilling, I learned how to connect with people from all over the world.

14. I ran a youth outreach theatre for teenagers and directed awesome plays about pressing teen issues like pregnancy, HIV, bullying and addiction. We performed all across the country — from public high schools to juvenile detention centers. We traveled together in a shady-looking van that I learned to drive (despite the fact that I'm terrified of driving in general, let alone driving a 16-passenger van of teens).

19. I had my own live TV segment on a local ABC7 talk show. My segment was called "The Fearless Fashionista," and I hosted five-minute tutorials with ridiculous titles, like "How To Have A Chic Halloween Party" and "How To Do Nail Art." I realized that if you can improvise your way through the frenetic mess of a live talk show, you can truly do anything on the fly, babes.

20. I was in a movie about pill addiction. I played a super young, trophy wife stepmom with a blunt, bob haircut and loads of diamonds.

21. I got really depressed, and eventually, I was diagnosed with OCD. I started taking antidepressants and moved in with my parents, again. While it was a living hell, it forced me to take a hard look at my life. If I didn't go through that period, shit, I would still be selling makeup in a department store (which was great and comfortable, but not what I wanted to do).

22. I had sex with a safari tour guide on a game reserve in KENYA. And even though I was covered in bug bites from head to toe, it was worth every single scratch.

23. I went to Rwanda and saw endangered mountain gorillas in the wild.

24. I actually made out with a giraffe in East Africa.

25. I acted in an amazing play called "Tape," in which I played a badass prosecutor who gets revenge on her high school rapist. We performed it in downtown coffeeshops. And it ruled.

26. I spoke about my sex life on a conservative relationship panel made up solely of old women in their 80s. They loved me, and one elderly gent from the audience told me I changed his view of homosexuality, which, to me, is the greatest accomplishment of my LIFE.

27. I came out of the closet, kittens! I risked alienating my friends and family so I could be myself and live my authentic life. And that's given me a backbone I never thought I'd have.

28. I lived in a tiny room with my best friend Ruba in Notting Hill on Portobello Road. We drank too much wine and smoked too many cigarettes, but we had the best time of our lives getting into so much wonderful trouble. And damn! I can't imagine missing out on all those hungover meltdowns when we poured our hearts out and guiltlessly watched reality TV for 10 hours straight.

29. I went to a "Dirty Talk" kink seminar at a chic sex shop in Brooklyn. I learned how to talk ~dirty~ alongside NYC's most well-heeled intellectuals.

30. Most importantly — though I was, and still am, afraid — I threw the deepest, darkest, most embarrassing, raw and real parts of my soul on the internet. Everything I feared anyone could ever say about me has already been said: I'm boring, I'm ugly, I'm fat, I'm too skinny, I'm a skinny-fat and I'm a dyke who can't write for shit. Of course it hurt, but I pushed through the pain and kept writing. And I'm still writing. I have built an audience of readers who feel more like friends than readers.

Look, you can lose diamonds. You can lose lovers. But you never lose the achievements, confidence and memories you've built on your own. These things aren't tangible, so they can never be taken away. They'll live inside of you forever, even after you die.

And even after you turn 30. With no ring.