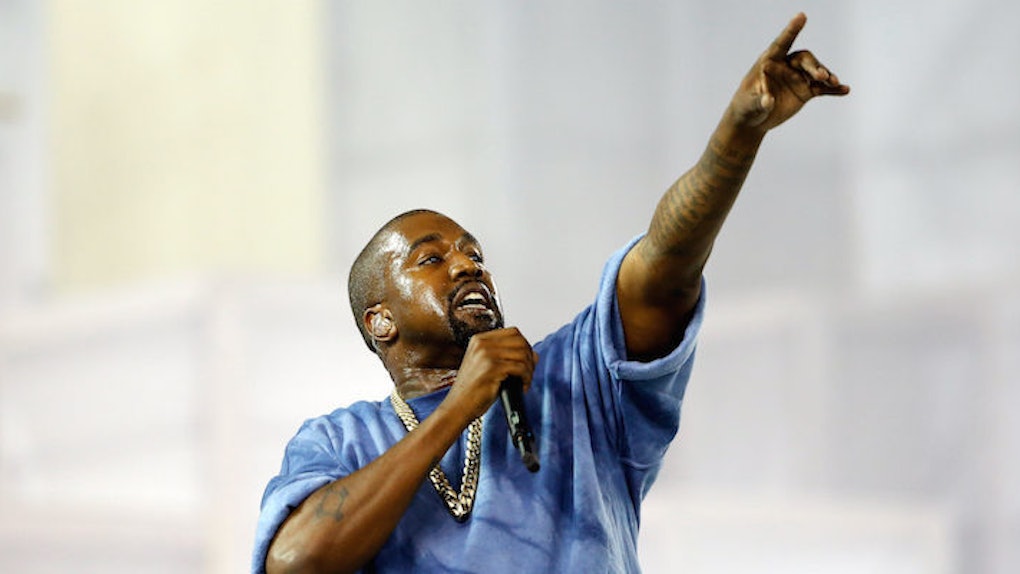 I'm going to lose it if I see another branding seminar about how to have a boring-ass Twitter page.

Social media has become an extension of our personal and professional lives, but people feel obligated to showcase only their best (tedious) selves. Every day we're inundated with photoshopped selfies and tweets that are more groupthink than original thought.

As a result, most Twitter timelines aren't an accurate reflection of offline personality. I'm pretty sure most human beings have more thoughts their heads than New York Times headlines and how #blessed they are.

That's not real life, it's branding.

Personally, I prefer to share my flaws, instead of the swag I get from industry events. Life is tough, and I'd rather be a person who shares.

More importantly, you can get a sense of what I'm into from reading my Twitter timeline. It would take a stranger only a few scrolls to notice my obsession with Rihanna. I may not share my dad's story in 140 characters or give a blow-by-blow about that one time I swallowed my tongue ring, but I won't shy away from voicing my opinions on the racial politics of Beyoncé (Read: She is queen).

Why are you on social media if you're not going to share your real opinions or promote who you are?

This may be the only area in your life where I advise you to be like Kanye. His rants are crazy, even slightly delusional, but he makes you pay attention. You can't stop reading, even if you'd never buy his album. There's genius somewhere in those 140 characters.

Maybe you aren't as "out there" as Kanye or as 420-friendly as Rihanna. Certainly, we all can't be witty like Amy Schumer or clap back like Chrissy Teigen, but show some damn passion! Be interesting!

I acknowledge that not all of us are celebrities who can afford to be so offensive or outspoken. We have employers to please and, more importantly, rent to pay. According to a 2015 Jobvite survey, 92 percent of job recruiters use social media to find candidates, with 47 percent using Twitter to call up qualified applicants.

Only 25 percent of recruiters see selfies as negative, which means 75 percent don't care. However, 75 percent are also still catching up to the popularity of marijuana, so you might want to keep your bongs out of the background. I'll ask this, though: Do you really want the job if they're policing your "Broad City"-style smoke sessions on Saturday nights?

It works in your favor to reflect your many moods online, especially in creative careers. For instance, being a writer with a large following of folks who enjoy your rants lets employers know that people have bought into your brand. That alone can make you a more qualified candidate than someone with only a 300-person audience.

By all means, be cautious. But, your social media pages should be a landscape of your personality, not some boring place where you pretend to be picture perfect. Be colorful, be personable. Stand out and be as authentic as possible. Share your true opinions. Show us you're a bad feminist who secretly loves trashy reality shows.

Remind us that you were once a dorky little kid and still have your Barbie doll collection. Go on a tangent about Starbucks ruining your order or tweet about that one time a flight attendant spent the majority of your plane ride flirting with the person next to you.

Give your followers something other than #sponsored posts, because life is so much more interesting than that. Plus, you'd be surprised how many people can identify with "I'm having the shittiest day ever" and your #unpopularopinion about Hillary Clinton.

It's easy to respect someone who is truly him or herself. People believe that and want to buy into that. What they can't buy into is bullsh*t.

Mentally, being exactly who you want is a major de-stressor. Don't you think Kanye feels better after a 16-tweet purge? Staying true to who you are pulls back a lot of the professional red tape, as employers know exactly who they're hiring before you sign the contract.

We all have to make professional sacrifices, but our personalities shouldn't be one of them.