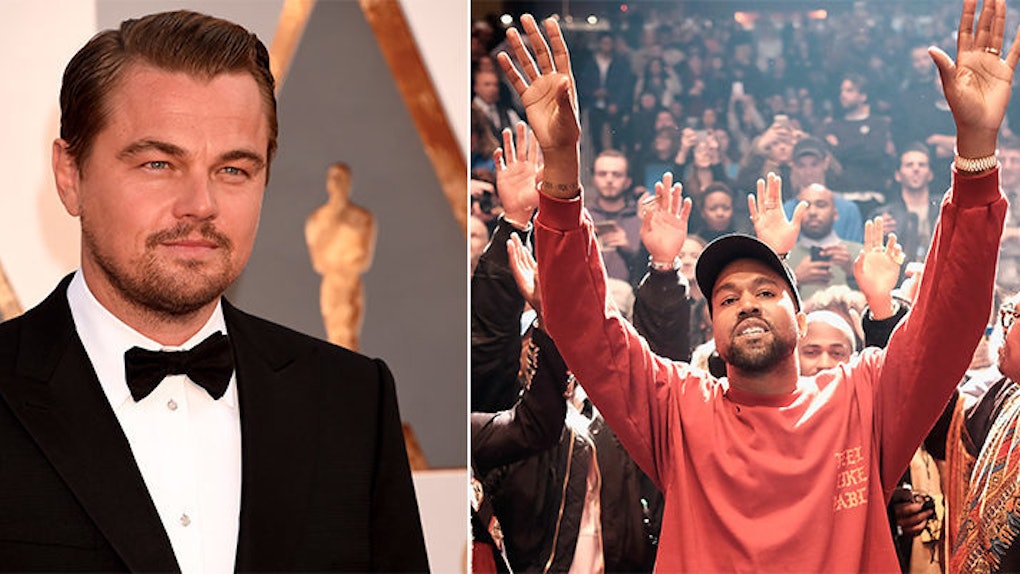 No One Is Prouder Of Leonardo DiCaprio Than... Kanye West?

On February 28, 2016, Leonardo DiCaprio finally won the Best Actor Academy Award for his role in "The Revenant."

As you probably know, Kanye isn't one to keep things to himself. He loves to voice his opinions -- whether he's talking about Taylor Swift, the Grammys or, as we saw tonight, the Oscars.

Yes, Kanye took to his favorite form of social media, Twitter, to wish Leo his best.

Who is "we," Kanye? You and Kim? You, North, Saint and Kim? Well, it probably doesn't matter.

So, congrats, Leo. You deserve it. And Kanye is very, very happy for you.