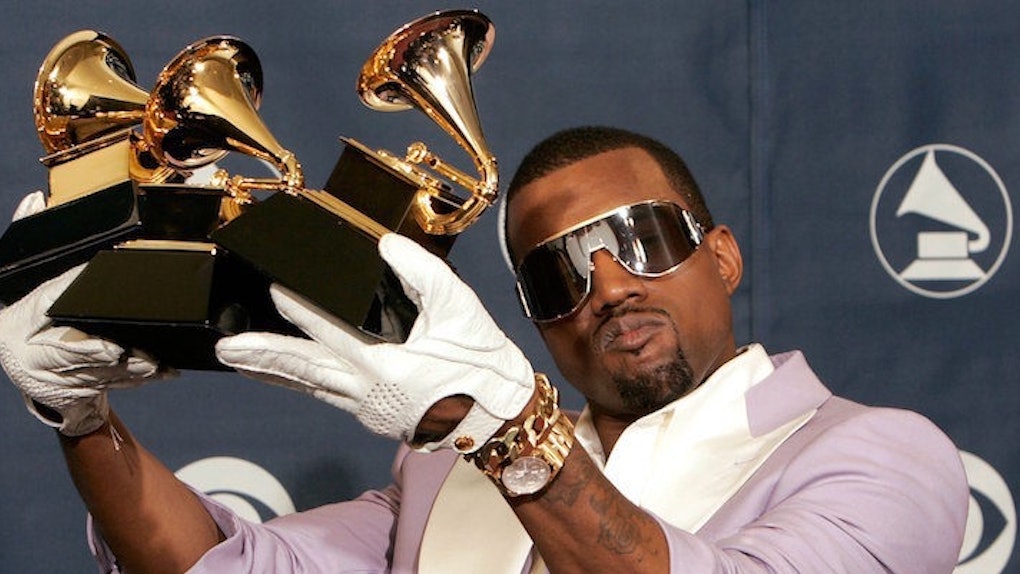 Kanye Is On Another Rant, Says He's The 'Most Important Living Artist'

Kanye West went on ANOTHER Twitter rant, and I can't say I'm surprised. I seriously think this guy needs a bedtime journal where he can write his deepest thoughts. This is already out of control, I'm just saying.

If you haven't heard, Kanye recently went on another Twitter rant and threw major shade at Taylor Swift. AGAIN.

He also attacked music producer Bob Ezrin. Apparently, Ezrin hardcore insulted Kanye and his music, and Kanye was not happy.

Of course, instead of, you know, discussing the issue privately, Kanye went to Twitter to share his anger with the world.

But now there's more. I'm not even sure where to begin, so maybe just start reading.

It looks like Kanye now has some serious beef with the Grammys. Sh*t.

He then goes on to tell the Grammys he is the "most important living artist" of all time. You got that, Grammys? Are you reading this?

He wants everyone to know he is not happy with how the Grammys has been operating and he plans to fix it. Whatever that means.

and always remember that rock and roll was stolen and don't try to hide behind Jimmy Jam and Terry Lewis all positive vibes. — KANYE WEST (@kanyewest) February 24, 2016

But he's not crazy, guys!!! Don't worry about that!

He just loves us. Is that what all this is about?

I hope everyone learned a valuable lesson today. Thank you, Kanye, for helping us see the light.