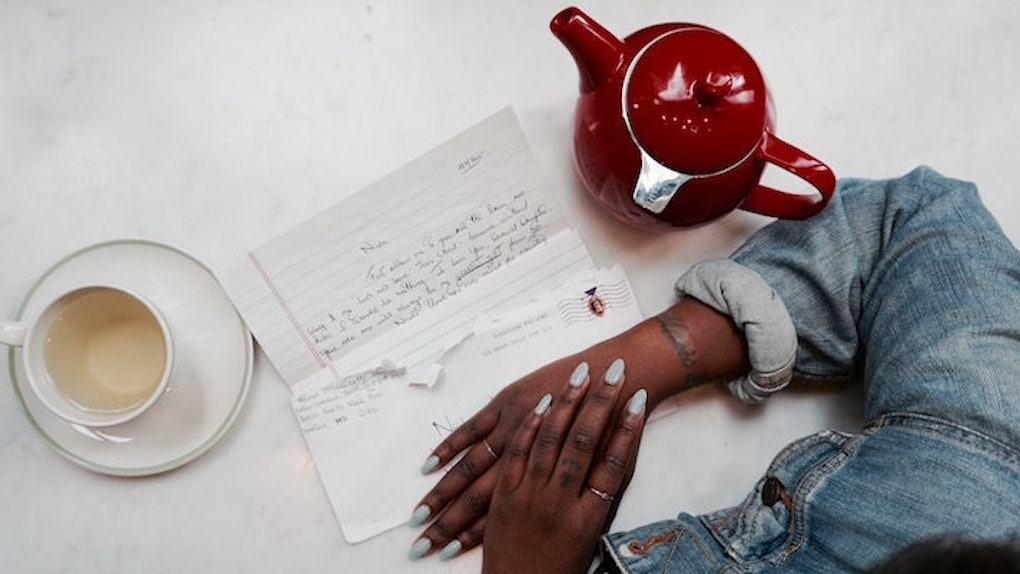 What It's Really Like To Have A Parent In Prison

All day, I waited impatiently to drive the pink Barbie Lamborghini my dad bought me for Christmas. By nightfall, my dad finally gave in. We bundled up, grabbed the keys to my new car and headed outside for a night drive.

It was magical. I can still see the glow from the streetlights illuminating the snow flurries. Our footprints and my new Power Wheels imprinted the fresh blanket of snow, and I immediately hopped in and put the plastic pedal to the metal. The sound of my toy engine and my dad telling me to “drive straight!” echoed about.

At age seven, I was a true Daddy's girl. He was my best friend, a superhero who could do no wrong in my eyes. I didn't know it then, but he wanted to hold onto that moment just as much as I did.

I drove only a few feet before I looked back and found my dad beaming. I shot back a mega-watt grin and took off again onto the snowy street, completely unaware of how much our relationship would change only a handful of years after that night.

To this day, my dad flashes me that same, bright smile when I visit him in prison.

By the time I was a teenager, I was used to my dad being in the prison system.

Before my parents split, he was a corrections officer. In typical daddy's girl fashion, I tagged along with him to work, though I probably wasn't really old enough to be exposed to inmates. As I got older, I noticed he dabbled on the other side of the law, too.

My dad's drug habits turned detrimental when I started spending summers at his house in Atlanta. A normal 12-year-old would spend nights in the country catching lightning bugs and running home before the streetlights came on. I was the kid of a junkie, though, so my nights were filled with anxiety. My dad would go "missing" for days at a time and I'd literally be sick with worry.

My dad tried his best to keep the truth from me, but I realized the vise grip drugs had on the man I once put on a pedestal. It wasn't until I was choking on my own tears, the smell of his vomit-soaked clothes assisting in the suffocation, begging him to get clean, that I realized my superhero was only a man.

In 2010, his drug habit eventually snowballed into petty thefts, felonies and a 20-year sentence in prison.

When he first went in, he awaited trial at a detention center about 20 minutes away from where I lived. At the time, I stayed in my hometown and drove to see him almost every other day.

Seeing him on the other side of that glass wall broke me. His ankles were handcuffed together and he wore an orange jumpsuit. His appearance was so remarkably different than the clean-shaven, well-dressed father I knew.

Holding back tears, I did my best to lift his spirits during those days.

After his sentencing, he was transferred about five hours away. Soon after, I moved to New York City, forcing us to rely solely on handwritten letters and phone calls.

Last summer was the first time I had seen my dad in the nearly five years since he was locked up. It had been almost seven since we'd shared a hug. I held on long enough for the guard to tell me to back up.

I was so overwhelmed by the moment that it sent me on an emotional bender. How was I supposed to be a whole woman with only half a father?

You see, in many ways, having a drug abuser for a dad forced me to grow up too quickly. My innocence was stolen by harsh realities. My relationships typically crumbled under the pressure of my daddy issues and I had to learn not to self-medicate for stress.

I harbor the guilt of not writing enough or sending enough money. It destroys me to imagine my dad being unable to walk me down the aisle on my wedding day or missing out on meeting his grandkids the day they're born.

I have major night anxieties wondering if my dad's living peacefully behind that wall or fist-fighting a cellmate. Does he have enough to eat? Are they giving him his medicine on time?

These things will always haunt me, but I've learned to live with the ghosts.

A lot of who I am is because of him, and I'm proud of that. For instance, my love for music turned obsessive as a result of the summers he and I spent riding around Harlem learning lyrics to Puff Daddy's “No Way Out.”

I use those slivers of joy to block out the pain of him not being physically in my life. I try to hold onto those moments, that night in the snow, to keep from becoming a puddle of tears.

Before I can even hear his voice, an operator asks if I want to accept it, and I always do.

To this day, after I visit my dad, I look back hoping that one day he'll be right behind me -- smiling.