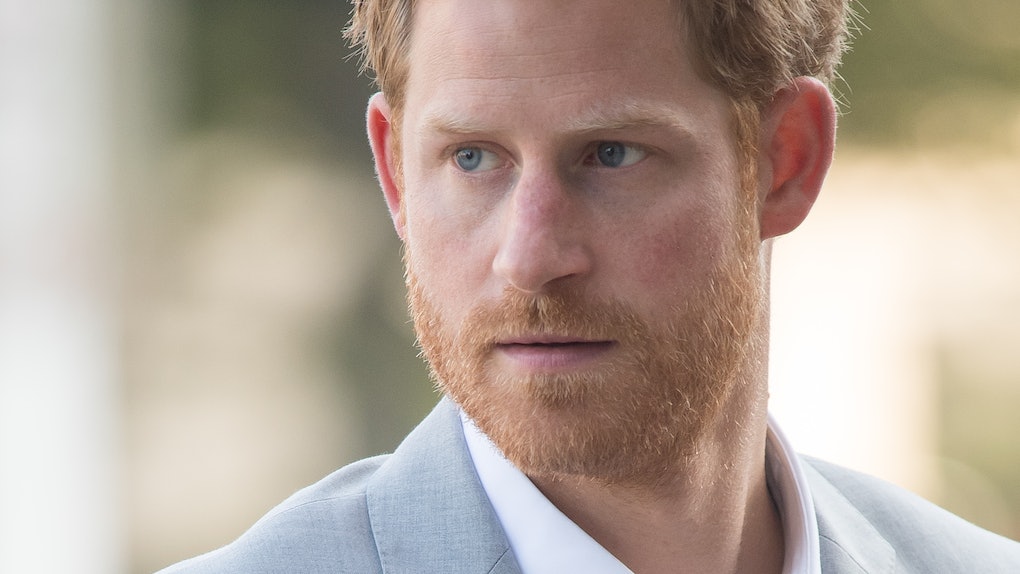 After the death of Prince Philip, the Duke of Edinburgh, was announced by the Palace on Friday, April 9, royal followers and family members alike have been paying their respects. As the royal funeral plans come together, many people are wondering if Prince Harry will attend Prince Philip’s funeral. Since he and his wife, Meghan Markle, are residing in California with their son Archie, the trip would be quite the distance.

According to multiple news outlets, including E! News, Prince Harry will reportedly return to the United Kingdom to attend Prince Philip’s funeral. The Associated Press confirmed on Saturday, April 10 that the funeral service for Harry’s grandfather will take place on April 17 at St. George’s Chapel at Windsor Castle, where Harry and Markle tied the knot in 2018. The report also claimed Harry will attend, but Markle will remain in California on her doctor's advisement. Markle is due to give birth to her second child in summer 2021. (Elite Daily reached out to Markle and Harry's rep for comment on if they're attending the funeral but didn't hear back at the time of publication.)

Whether Harry and Meghan attend the funeral or not, the couple already paid respects in a statement mourning Prince Philip’s death via an in memoriam on their charity website Archewell. "In loving memory of His Royal Highness, The Duke of Edinburgh, 1921-2021,” the brief statement began. They concluded it with a simple measure of gratitude. “Thank you for your service... you will be greatly missed."

Before Philip’s death, there was speculation he was the royal family member worried about Archie’s skin tone. However, Harry quickly denied those rumors after the Oprah interview, and was apparently on good terms with his grandfather.

The Palace’s official announcement of Philip’s death on Twitter read, "It is with deep sorrow that Her Majesty The Queen has announced the death of her beloved husband, His Royal Highness The Prince Philip, Duke of Edinburgh." The statement concluded, “His Royal Highness passed away peacefully this morning at Windsor Castle."

If Prince Harry does go to the funeral, it will be the first time he sees his family since the tell-all Oprah Winfrey interview that aired on March 7. Since the bombshell interview included several allegations against the royal family, the reunion could be slightly awkward.

Queen Elizabeth eventually addressed the allegations in the interview via a statement from Buckingham Palace. "The whole family is saddened to learn the full extent of how challenging the last few years have been for Harry and Meghan," the statement began. "The issues raised, particularly that of race, are concerning. While some recollections may vary, they are taken very seriously and will be addressed by the family privately. Harry, Meghan, and Archie will always be much-loved family members," the address concluded.

Whatever the current sentiment is between Prince Harry his royal family members, it seems like he will likely attend Prince Philip's funeral. Fans will have to wait and see if the Duchess of Sussex will attend by his side to pay her respects in person.