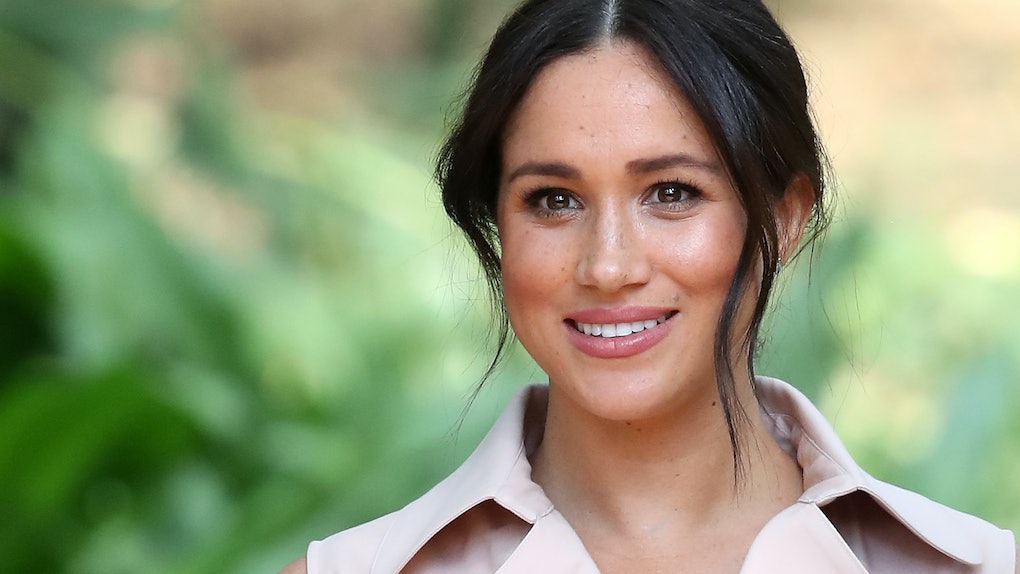 It's no secret that Meghan Markle's time as a royal hasn't been smooth sailing. From the relentless scrutiny of the U.K. tabloids to ruthless rumors about her relationships with the other royals, the Duchess of Sussex can never seem to catch a break, and during her tell-all interview with Oprah Winfrey, she finally got candid about her experience. Meghan Markle's quotes about racism in the Palace weren't just shocking — some were borderline disturbing. According to Meghan, she was told her future child wouldn't receive a royal title or any sort of security, and that may have had to do with the shade of that future child's skin. (Elite Daily reached out to the Palace for comment on Meghan's claims, but didn't hear back in time for publication.)

"Growing up as a person of color, I know how important representation is," she continued. "I know how much you want to see people who look like you in positions of power." During her tours and visits to the Commonwealth, Meghan said she saw firsthand "how much it meant" to other people of color "to be able to see someone who looked like them" in her position. And while she saw adding a person of color to the royal family as a "benefit and a reflection of the world today," it seems not everyone felt the same way.

For Meghan, the idea that Archie wouldn't receive a title didn't matter to her as much as the idea that he wouldn't receive security. "This [debate] went on for the last few months of our pregnancy, where I'm going, 'Hold on a second ... he needs to be safe,'" she recounted. "We have created this monster machine [of clickbait and tabloids]. You've allowed this to happen, which means we need to be safe." And though Meghan didn't have an attachment to titles, it was a different matter if those titles would affect Archie's access to security.

Meghan felt she never received a clear answer for why "they wanted to change the convention for Archie." The fact that those conversations took place around the same time as conversations about Archie's skin tone seemed telling. When Oprah asked Meghan whether it would be a problem if Archie was "too brown," she replied, "If that's the assumption we are making, that seems like a safe one."

When asked about the race conversations by Oprah, Harry confirmed that the discussions absolutely happened, but they were conversations he's "never going to share." According to him, there were certainly discussions about "what will the kids look like," but it was clear Meghan was treated differently because of her race even while they were still dating.

As Harry stressed to Oprah, if he and his family had received support from the royal family, then he wouldn't have felt compelled to leave. "I've spent many years doing the work and doing my own learning," he said. "But then my upbringing and the system, in which I was brought up in and what I've been exposed to, I wasn't aware of it to start with. But my god, it doesn't take very long to suddenly become aware of it."