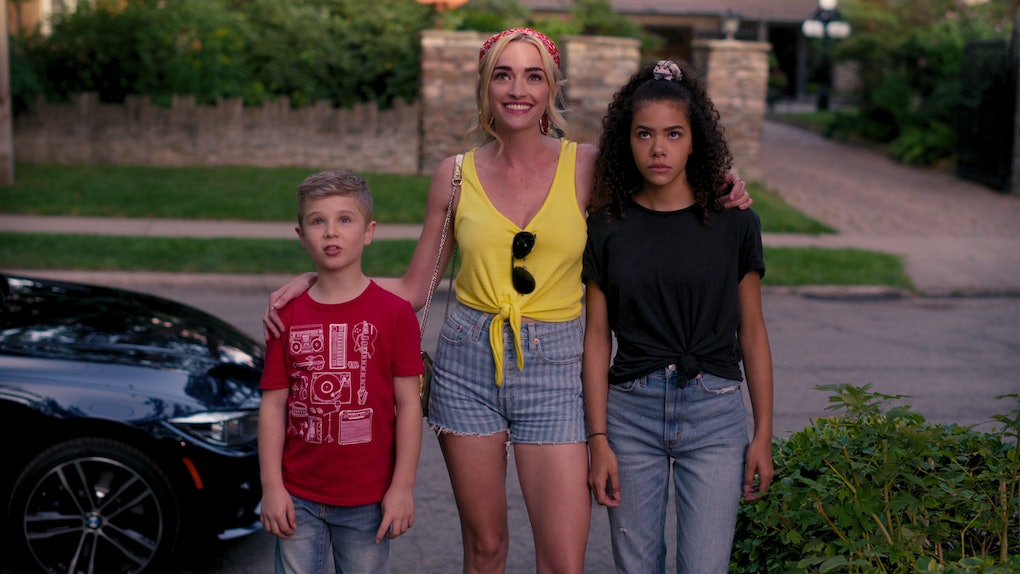 Will 'Ginny & Georgia' Get A Season 2 On Netflix? There Are Lots Of Loose Ends

Heading into Netflix's new dramedy series Ginny & Georgia, you were probably expecting a refreshed version of Gilmore Girls — a young mom and her old-soul teen daughter getting into all sort of fun hijinks together. Instead, viewers got a coming-of-age tale full of sex, lies, love, and deceit. After a season of twists and a finale packed with cliffhangers, you're probably wondering if Ginny & Georgia will get a Season 2 on Netflix. It seemed like Ginny's story was just getting started as the final credits rolled.

Warning: Spoilers for Ginny & Georgia follow. At first, the series did have all the trappings of another coming-of-age show. Ginny Miller (Antonia Gentry), 15, and her younger brother Austin (Diesel La Torraca) found themselves in a new town after their step-father mysteriously passed away. Their mother, Georgia Miller (Brianne Howey), uprooted the family from Texas to an idyllic New England town called Wellsbury for a "fresh start." It's there Ginny met her new BFF Maxine (Sara Waisglass), her boyfriend Hunter (Mason Temple), and her secret love interest Marcus.

While a love triangle, floundering friendships, and a mother's enigmatic backstory were enough to keep viewers intrigued, the final episode of Ginny & Georgia truly sealed the deal. After watching Ginny drive away on a motorcycle, it's official: Fans need a Season 2.

To recap, Season 1 ended with quite a few storylines dangling in the Wellsbury breeze. First of all, Ginny's relationships are hanging on major threads. After her secret romance with Marcus was revealed, her entire friend group — as well as her relationship with her boyfriend — fell apart. Additionally, she had a major falling out with Marcus after he didn't stand up for their relationship and despite him saying he loved her, the damage was definitely done.

As for Georgia, after a season-long courtship with the mayor, she helped him secure a reelection and now has a position of power and a new engagement ring on her finger. At the same time, however, a private investigator has been closing in on Georgia and ends the episode by telling Ginny his findings. After Ginny learns her mother might have been behind the death of her step-father, she skips town with her brother and the season ends with the siblings riding off together on a motorcycle.

In addition to seeing how Georgia will react to her children leaving, there's also the fact that the authorities are on her tail and they're uncovering even more secrets... like another husband in her past who mysteriously went missing. If that alone wasn't a mess, there's the question of where Ginny and Austin are going... if Ginny even knows that.

With so many unanswered questions, a Season 2 feels necessary. Unfortunately, as of Feb. 25, there hasn't been word about whether the show will be renewed. The execs at Netflix usually take at least a few weeks to evaluate a season's viewership before deciding whether to renew, so fans should expect to hang tight for a bit. If the series does return, don't expect another season until at least 2022. That means there's plenty of time to rewatch Season 1 for clues or to jam out to the soundtrack until (hopefully) finding out what's next for the Miller fam.