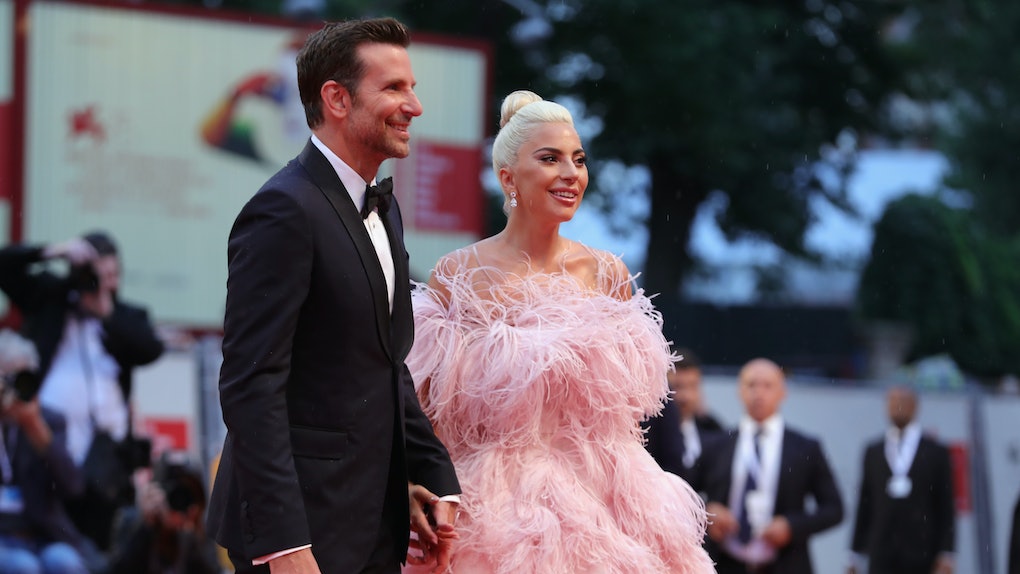 Are you sitting down? Good — now take a few deep breaths. Because if you’ve been following the speculations surrounding Bradley Cooper and Irina Shayk’s breakup, you’re probably well aware that many have been giving Lady Gaga some side eye, wondering whether she played a role in the demise of their relationship. So, will Bradley Cooper and Lady Gaga start dating? Let’s be clear: There’s no evidence that suggests Gaga or Cooper were having an affair, nor is there any proof that either of them ended their respective relationships to be with each other. That said, a new report indicates that the duo’s obvious on-screen (and on-stage) chemistry — and more specifically, the rumors that were sparked by it — reportedly took a toll on Cooper’s relationship with Shayk (Elite Daily reached out to Cooper, Shayk, and Gaga's teams for comment, but didn't hear back at time of publication).

Before we dive into the deets, let’s take a moment to recap the recent events around this drama. On Thursday, June 6, it was confirmed by multiple news outlets that Bradley Cooper and Irina Shayk had parted ways after spending four years together. Needless to say, people were super quick to speculate that Gaga had something to do with this split, despite the fact that there wasn’t any concrete reason to believe she was involved (except perhaps that sultry Oscars performance, which raised a few eyebrows). Before long, fans were eagerly shipping them all over social media. Gaga wasn’t having it, though, and made it very clear she doesn’t want to be dragged into the drama when she told audience members heckling her about Cooper to “be kind or f*ck off.” Meanwhile, Shayk seems to still be living her best life (or at least attempting to after what must be a heartbreaking decision), because her first post-breakup Instagram post is basically just a thirst trap shot of her bodacious backside.

But the question remains: Did A Star Is Born play a part in Cooper and Shayk’s relationship problems? According to a new report, yes, it reportedly did.

A source told People that the constant rumors about a budding romance between Cooper and Gaga put a strain on his relationship with Shayk. And it makes sense, doesn’t it? No matter how much trust you have in your partner, it can’t be easy to read never-ending headlines about how they’re falling for their costar. Not only that, but People previously reported that Cooper and Shayk’s relationship was never the same after A Star Is Born because Cooper became “emotionally absent” during that time.

“The rumors about Bradley and Gaga having a love affair didn’t help especially with his constant travels [promoting the film],” the source said, according to People. “He has a huge and overwhelming connection to Gaga but whether it becomes a real love story in their lives for all the world to see is premature, and it’s difficult to speculate at this sensitive time.”

Woah. Let’s unpack this for a sec. To say Cooper has a “huge and overwhelming connection” to Gaga is a pretty strong statement. Still, if you’re crossing your fingers that Jackson and Ally really do live happily ever after, you may need to slow your roll. Because as the source noted, it’s too early to tell. After all, Cooper is fresh off of a breakup and Gaga just broke off her engagement to Christian Carino back in mid-February.

Whether or not you believe that there’s a romantic connection between Gaga and Cooper, there’s one key thing to keep in mind here: Just because all the publicity around A Star Is Born reportedly caused some serious tension in Cooper’s relationship does not in any way mean Gaga is to blame for their breakup. It’s unclear whether this “huge and overwhelming connection” just exists on a friendship level, or whether there’s the potential for something more there. What is clear is that celeb gossip is a pretty powerful thing — so powerful, in fact, that it exacerbated a rift between Cooper and his longtime partner. So, in the words of Lady Gaga, “Be kind.” No matter how much you want these co-stars to live out their music-fueled romance IRL, don’t forget that another relationship just shattered — and it may take some time for both partners to heal.