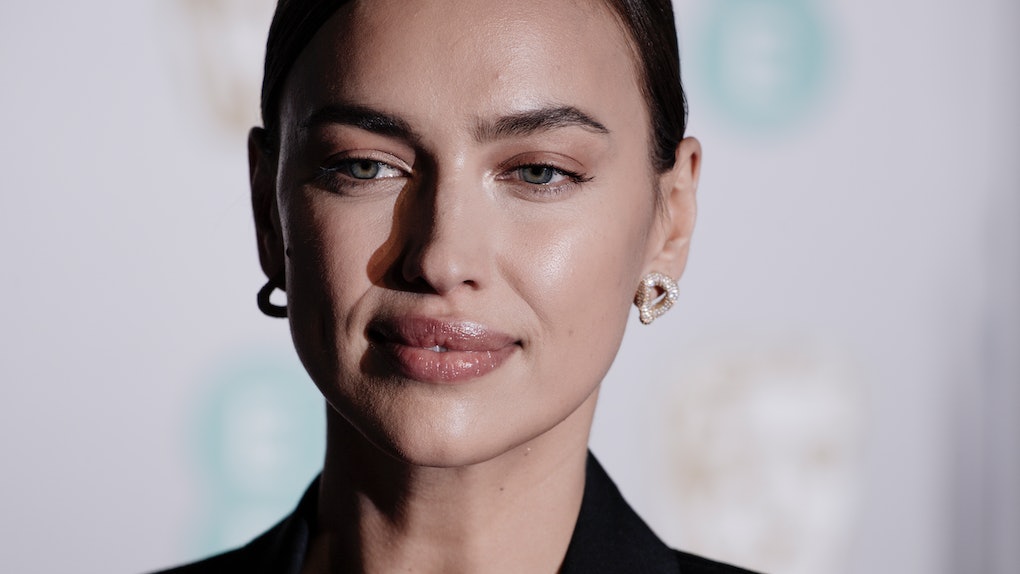 One of the most important parts of any breakup these days is the post-breakup Instagram post. Seriously, it can say so much about you and how you're dealing with things that it is not to be overlooked. Moreover, what someone chooses to post after a breakup might provide insight into what they're thinking. If nothing else, the post-breakup Insta is a great excuse to post a fire selfie or that poolside pic you've been saving in your camera roll. In fact, Irina Shayk's Instagram after her reported Bradley Cooper breakup is the perfect post-breakup Insta, because it's basically just an amazing shot of her butt.

Seriously, I'm not joking. People and Us Weekly confirmed on June 6 that Shayk and Cooper are reportedly going their separate ways, and she's posted a few items on Instagram since then. (Elite Daily previously reached out to reps for both stars, but did not hear back.) But it's definitely safe to say that the photo featuring her butt is the most iconic and newsworthy update. After all, isn't it everyone's fantasy to post an amazing photo of them after a breakup to remind their ex what they're missing? Well, when you're a professional model like Shayk, you can take the post-breakup Insta to a whole new level.

See what I mean? Completely iconic, and I don't say that word lightly. The model tagged lingerie brand Intimissimi in the caption (she reps the brand), so this may be a behind-the-scenes shot of an upcoming campaign.

Obviously, this isn't to make light of Cooper and Shayk's reported breakup, but the photo sure does make it seem like the Russian supermodel is doing just fine. And hopefully, she and her reported ex both are. According to a source who spoke to People about their breakup, it had been a long time coming.

"Bradley was emotionally absent during the long time filming A Star Is Born," the source told the magazine. "They tried to save the relationship but it had changed." Additionally, it appears as though after Cooper's huge success with A Star Is Born, key differences made themselves apparent between the couple. Another source told People, "[Irina is] not focused on the celebrity part, or on the fame — she just wants to protect her family. Bradley is very into work and is trying to take advantage of every career opportunity right now." Additionally, the source said, "They spent a lot of time apart," before the breakup was announced. Cooper and Shayk share one daughter, 2-year-old Lea De Seine Shayk Cooper.

In addition to this instantly iconic photo, the model also shared some shots of her traveling through Iceland to her Instagram Stories. It appears she's truly moving on. Meanwhile, TMZ reports that Cooper was spotted hanging out with friends at the Sunset Tower lounge in Los Angeles on Monday evening. He reportedly arrived around 8:30 p.m. and left two hours later — so it wasn't exactly a raging night out on the town.

In short, Shayk is living her best life after her reported split. Clearly, the only thing Shayk's looking back at is her booty.