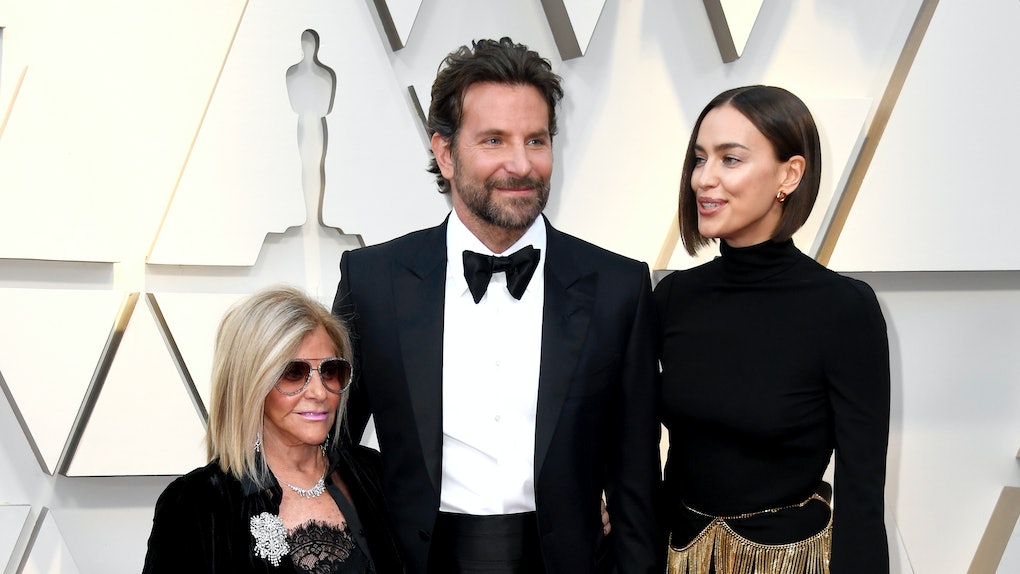 Unless you’ve been living under a literal rock, you likely know that Bradley Cooper and Irina Shayk have broken up. Meanwhile, rumors about their impending split have actually been circulating for some time now, starting around the time that A Star Is Born was released. While none of us know for certain what went down in this relationship before it faded out, we can look to Bradley Cooper and Irina Shayk's body language for some clues. Body language is actually super telling — something as simple as the way a mouth is curved, the direction someone’s feet are pointing in, or the way they’re grasping their SO’s hand can offer significant insight into their feelings about their relationship.

Before we delve in, however, let’s review some facts. On Thursday, June 6, the news broke that Cooper and Shayk had ended their relationship after four years together. And because many fans have been shipping Cooper and Lady Gaga ever since they saw their explosive on-screen chemistry in A Star Is Born (or on stage at the Oscars), they wasted no time before vocalizing their hopes that the co-stars would finally get together. (Side note: maybe they’re just really good actors, you guys.) But a source told Entertainment Tonight that ultimately, Shayk simply wasn’t getting the level of commitment she wanted, that they were fighting a lot, and that they’re just very different people. The source also revealed that they had only been holding onto their relationship “for the sake of their daughter” and that they “haven't been getting along for quite some time.” Not only that, but they reportedly opted to delay their breakup and keep up appearances so as not to take attention away from the film’s much-hyped release.

So, let’s take a glimpse at Cooper's and Shayk’s body language, shall we? After all, it may provide valuable hints about the turmoil that was brewing before they finally called it quits.

At first glance, this may appear like a photo of a happy couple. They are smiling, after all, and holding hands. But let’s take a closer look.

Patti Wood, body language expert and author of SNAP: Making the Most of First Impressions, Body Language, and Charisma, points out that they’re actually being photographed as a trio, not a romantic duo.

"What's interesting is that he's holding hands more closely with his mother, making him seem more supportive of his mother,” she tells Elite Daily.

“Also, his right foot is up and forward to match the toes of his mother — to give her more energy and connection. There's a lifting motion to his mother's hand — and everything else on that side of his body, including his shoulder and his eye.”

Wood also noted that Shayk’s choice of dress is interesting since it covers a large portion of her body, including even her neck and feet — as if she wants to feel protected.

The most noteworthy thing in this photo, according to Wood, is that she's turned her body completely so that she's facing all the way toward him from the neck downward.

"This indicates, 'hey, we're a couple,'" says Wood. "Look at the effort she's putting in. On his part, that effort isn't there. She could be cut out of the photo and you wouldn't notice that something was missing — that he was part of a couple."

The Oscars were certainly an exciting night for Cooper, who was nominated for Best Actor in A Star Is Born (which was also up for Best Picture), and who also got to sing live at the Academy Awards for the first time alongside his costar, Lady Gaga. Certainly, it’s sweet to see Cooper share a smooch with his longtime girlfriend, but Wood says their body language doesn’t exactly covey intimacy. Specifically, she points to Cooper’s hands as a red flag.

“Look at the fingertips — there’s minimal touch,” she says. “His lips are going forward, as opposed to a face plant with the whole head. It almost looks like a kiss you would give a stranger. He's also holding his stomach away from her rather than letting his whole body get closer.”

In other words, a single kiss can say a whole lot.

Here’s Cooper and Shayk at on the red carpet at the 2018 Met Gala 2018. Ah, the simpler times, before A Star Is Born sent fans into a tizzy and triggered rumors of an affair.

Still, body language experts say there are hints of potential relationship troubles lurking beneath the surface. See how Cooper is walking ahead of Shayk, for example?

“They're not walking side by side as equals,” explains Traci Brown, body language expert and author of Persuasion Point. "He's pulling her along a bit. And she's none too happy about it. She's got a blank look on her face.”

Wood adds that there’s a lack of symmetry in her facial expression, which can suggest some tension, and agrees that she looks out of “out of it” and “vacant.”

"She's wearing a playful, powerful dress, but there's no joy in her expression,” she adds.

Both Wood and Brown note that Shayk's leg is the most telling body language cue in this photo.

"The leg is extended out and away from him — that's exactly opposite of what would be normal for a happy couple," says Wood.

Brown adds that since her leg is crossed away from him, that suggests that "her attention is elsewhere."

Wood also points to Cooper's arms, which hang stiffly at his sides.

"See how they're almost like puppet arms? None of his energy wants to be connected to her," she says.

And let's not forget about their smiles. Wood says that Shayk's pursed mouth looks sour, while Cooper's more resembles a smirk than a smile. Brown adds that his close-mouthed smile looks forced.

Ultimately, we can't say for sure when, how, or why Cooper's relationship with Shayk went downhill — and we may never know the truth. But needless to say, their uncomfortable body language definitely showed signs of a couple drifting apart long before they officially broke things off.