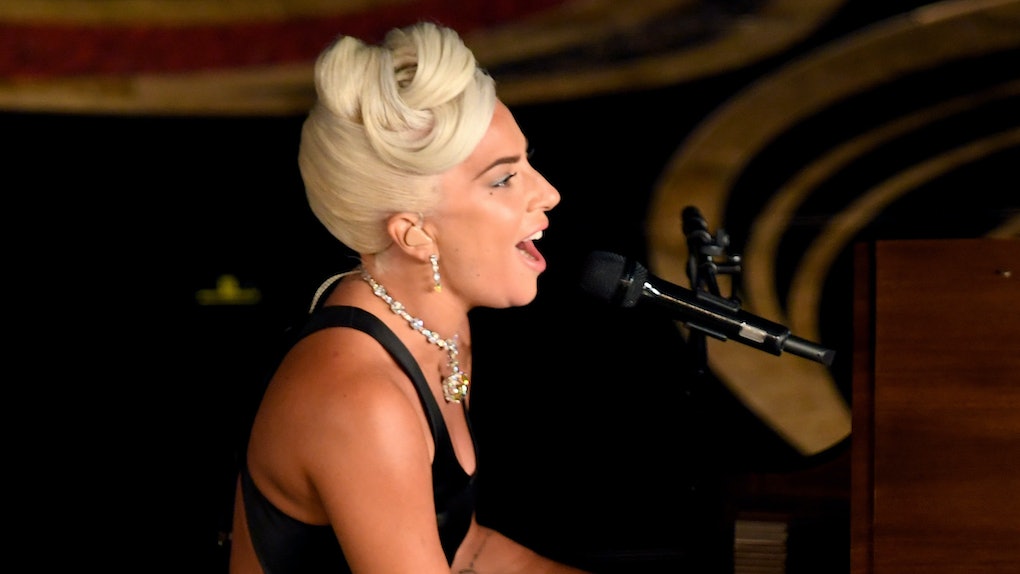 It’s safe to say that A Star Is Born fanatics have been in quite a tizzy ever since the news broke on Thursday, June 6, that Bradley Cooper and Irina Shayk were splitting up. After all, many fans have been shipping Cooper and Gaga ever since witnessing their mind-blowing chemistry on the screen and the stage, and now they’re finally both single again. But cool your jets before dragging her into the drama, y’all — because Lady Gaga's response to all those Bradley Cooper breakup jokes just shut the d*mn thing down. In fact, she straight-up dropped the F-bomb mid-rant on stage just to prove how passionate she is about the unfortunate situation.

But Gaga’s rant didn’t come out of nowhere. While Mother Monster prepared to launch into "Shallow" at a performance in Las Vegas on Saturday night, audience members began reportedly heckling her. Specifically, they were asking her where Cooper was, according to The Mirror. Unsurprisingly, this didn’t go over well. Rather than ignore the taunting, The Mirror reports that Gaga began an “expletive-filled rant” which she concluded with, “And one more thing, be kind or f*ck off.”

Honestly, can you blame her? It’s probably been nothing short of exhausting to deny the claims that she and Cooper had sparked up a romance while they were both still in relationships. And now that Cooper is newly single, he and Shayk will have to co-parent their daughter, 2-year-old Lea De Seine.

Look, I get it. Gaga and Cooper obviously emanate an immense amount of respect and adoration for each other. And it was next to impossible not to get starry-eyed (and perhaps slightly shook) while watching their romantic duet on the piano bench at the 2019 Oscars, which was chock full of intense eye contact.

When she broke off her engagement to Christian Carino back in February, the speculations that her on-screen spark with Cooper had started to manifest IRL became even stronger. That said, there’s no real evidence that they have pursued any kind of relationship outside of promoting the film — except for perhaps a friendship. And on top of that, there’s no reason to believe that Gaga had anything to do with Cooper and Shayk’s breakup. A source told Entertainment Tonight that Shayk ended the relationship because she felt Cooper was working too much, she had been hoping they would get married once she had the baby (which never happened), and that overall, she simply wasn’t “getting the level of commitment she wanted.” So, can we all leave Gaga out of this now?

Besides, Gaga made a very good point in an interview with Jimmy Kimmel, when she reminded everyone that she and Cooper are actors. When Kimmel brought up the palpable passion during their Oscars performance, Gaga responded: “Yes, people saw love… and guess what? That’s what we wanted you to see. I mean, this is a love song, ‘Shallow.’ The movie A Star Is Born — it’s a love story.” Later, she added, “I’m an artist, and I guess we did a good job and fooled you.” Fooled us indeed — it’s safe to say Gaga’s Academy Award was well-deserved.

Fortunately, despite the fact that the heckling may have irked Gaga momentarily, the rest of her concert went smoothly, according to Perez Hilton. And is anyone surprised? Gaga is a class act and a true professional, and it seems as if nothing can stop her from putting on a show — not even some out-of-line comments from the crowd. TBH, Gaga's message to "Be kind" is one I think we can all take heed of (can someone please make a T-shirt with this slogan?).