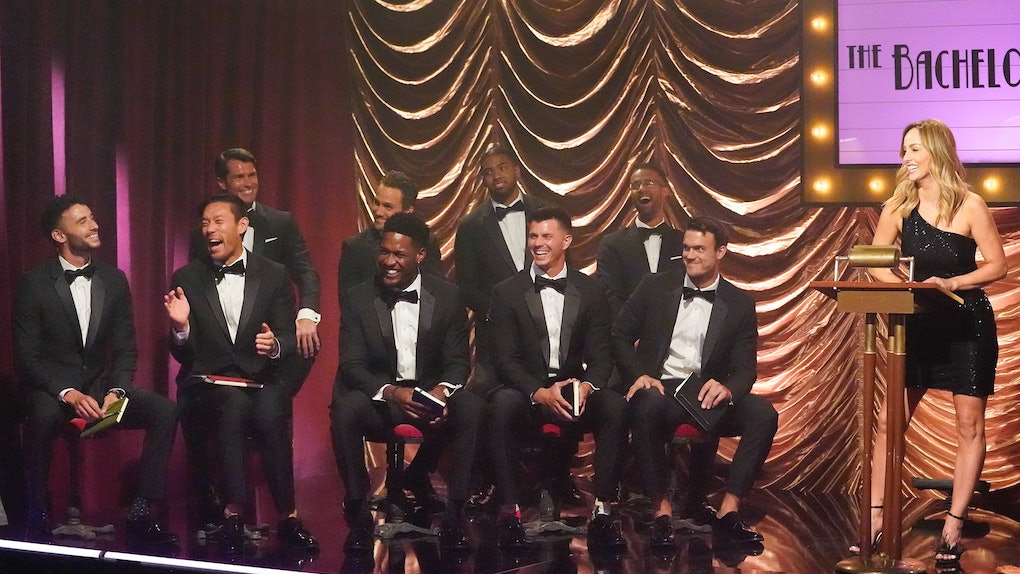 Who Goes Home On Clare's 'Bachelorette' Week 3? The Night Was Messy

Last week's episode of The Bachelorette ended with quite a bit of drama between Clare Crawley and her group of guys. Week 3 picked up right where that episode left off, and things only got more heated from there. So, who goes home on Clare's Bachelorette Week 3? Clare made it ~clear~ she has no time for anyone who doesn't meet her standards.

Week 3 started off with Yosef Aborady still upset about last week's dodgeball group date. Even though he wasn't even part of the date, he took issue with the fact the guys who participated in it bared nearly everything when it turned into strip dodgeball. Yosef kept talking about how he needed to set a good example for his daughter, while simultaneously calling Clare "trashy" and "classless" for calling for the nakedness. He then uttered the now-famous line, "I expected more from the oldest Bachelorette."

Regardless of your feelings about the stripped-down date, calling your supposed love interest names and age-shaming her is decidedly Not Cool. Suffice it to say, his chances with the Bachelorette pretty much bottomed out right there. Clare sent Yosef packing on the spot.

Clare was pretty rattled by her fight with Yosef, but luckily Dale Moss was there to comfort her and help Clare feel protected. That only solidified Clare's feelings for him. She said, "I can't believe it's not even the second rose ceremony yet, and I'm so falling in love with Dale."

After Yosef left, Clare wasn’t up for more conversations. Instead, they went straight into the second rose ceremony of the season. Clare sent Garin Flowers, Tyler Smith, and Blake Monar home, leaving her ready to enjoy the next round of dates with the remaining guys.

After a pep talk from former Bachelorette DeAnna Pappas, Clare headed into her first group date, which was really just an extended cocktail party. Clare spent most of the night with (no surprise) Dale, who kicked off the night with a pretty awkward group hug with all the guys. The other guys weren't too happy about the group hug or all the time Dale spent with Clare. They were even less happy after Dale got the group date rose.

But Dale wasn't the only one to have some alone time with Clare. Zach Jackson got to go on a one-on-one spa date with Clare. He was a bit nervous about stepping outside his comfort zone, and Clare defintiely noted his high-strung energy. Then, when Clare leaned in to kiss Zach, things got pretty weird.

If the moment had you reaching for the rewind button, here's what went down: It appeared that Zach slightly pulled away at first, and then he grabbed for Clare in an effort to try to fix the awkward moment. But from the looks of things, he got too aggressive with Clare, and she decided she'd had enough. After she repeatedly tried to maneuver her way out of Zach's arms, apparently she'd had enough, and decided to cut her date — and Zach's time on the show — short.

While Zach was waiting to have dinner with Clare, Chris Harrison came out to send Zach home. It's pretty bad when a guy is eliminated during a one-on-one date, and it's even worse when the Bachelorette is so upset that she won't even break up with him in person.

By the end of the episode, five guys had been sent packing. Based on how intense things are getting with Clare and Dale, it looks like more significant departures are coming soon.