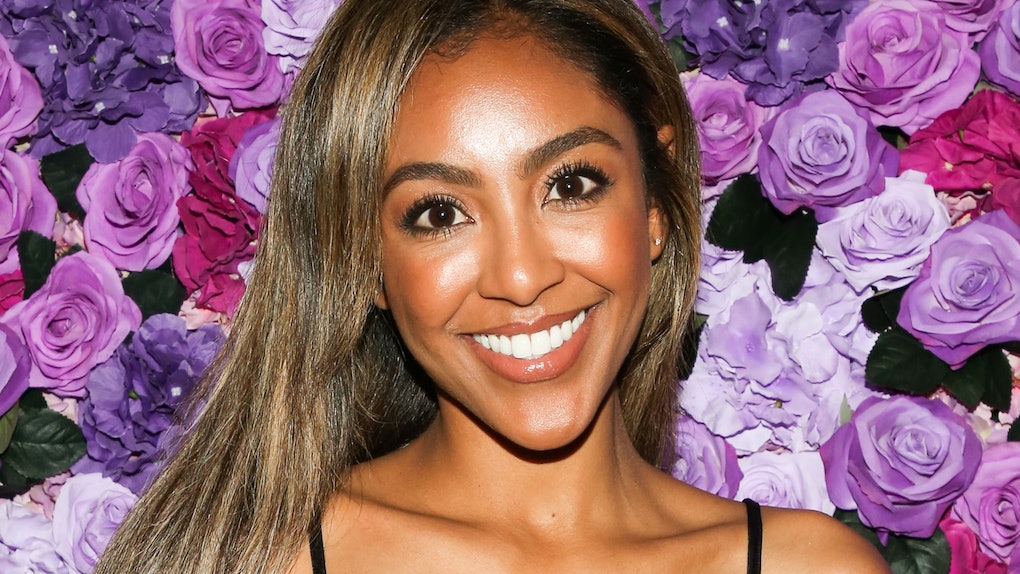 This 'Bachelorette' Promo Confirms Tayshia Will Be In Season 16, So Buckle Up

It's finally happening, people! After another tumultuous Bachelorette episode with Clare Crawley at the helm, things seem to be leading to what fans have been guessing at for months: Clare is leaving the show. Not only that, but fan-favorite Tayshia Adams is joining The Bachelorette Season 16. The Episode 4 promo, which aired right after the Oct. 27 episode, confirmed as much.

Multiple credible publications have reported that Clare leaves the show after falling hard for her contestant, Dale Moss — and that Tayshia comes in to replace her as lead. But ABC has been tight-lipped about the whole thing, neither confirming nor denying the rumors.

However, that's all changing now. In the new sneak-peek at the Nov. 5 episode (yes, The Bachelorette is airing on a Thursday, since Tuesday, Nov. 3, is Election Day), fans see Clare's journey come to a major fork in the road. This video opens with Clare and Chris Harrison's now-famous heart-to-heart, in which Harrison declares Clare officially "blew up The Bachelorette." What follows is a whole bunch of confusion, primarily from Clare's contestants. One of them even says, "Clare's gone."

But the real bombshell drops at the end of the teaser. After a voiceover of one of the guys genuinely asking, "What is next?" the video cuts to a shot of a swimming pool, with a woman coming out of it, Fast Times At Ridgemont High-style.

Who is this woman, you may ask? Oh no one, just Tayshia Freaking Adams.

Check out the promo for yourself below:

It's worth noting the promo doesn't explicitly state Tayshia is replacing Clare as the Bachelorette. But like... there's not much else this video could imply. Regardless of the technicalities of the situation, the video makes it clear Tayshia is coming, and she's coming in hot.

Will Episode 4 finally bring about the changes fans have been expecting? Fans will have to wait and see what happens once Clare does whatever she's about to do.

The Bachelorette continues on Thursday, Nov. 5, at 8 p.m. ET on ABC.