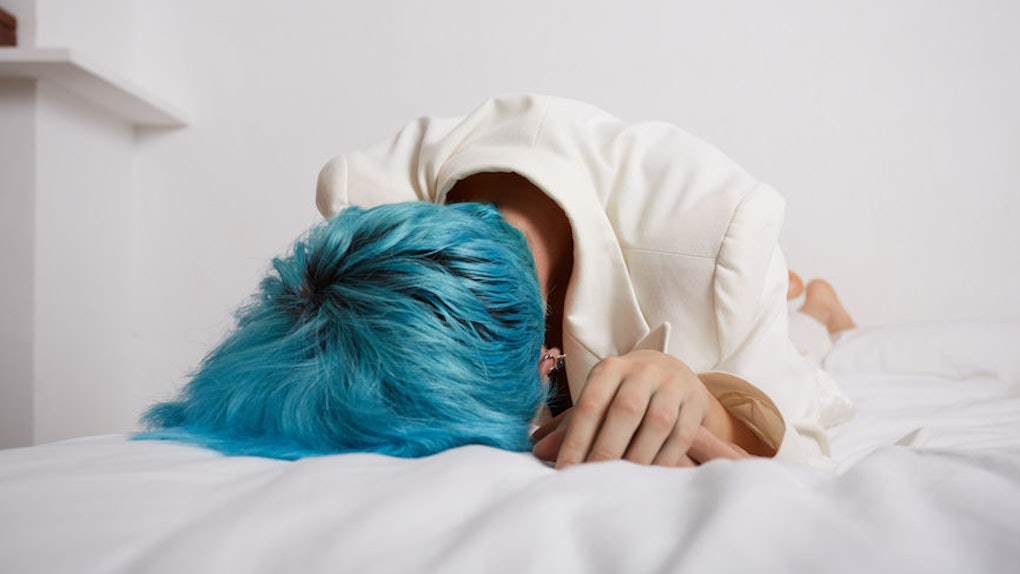 What’s The Worst Thing To Hear During A Breakup? 10 People Reveal What Truly Stings

Ending a relationship is brutal enough in itself — yet sometimes it’s the words exchanged during the breakup that can be even tougher to swallow. These words can linger long after the breakup is over, as a reminder of unreciprocated feelings, built up resentment, or hurtful accusations. These words can haunt us. It's hard to pinpoint the worst thing to hear during a breakup because honestly, there are so many savage possibilities.

It doesn’t matter if the split comes as a surprise. It doesn’t matter if you’ve been together for a year or five. It doesn’t matter if the conversation happens at your shared apartment, over the phone, or in a public place. Regardless of the nature of the relationship, a breakup is bound to come with some cutting statements. They may be said out of spite, or they may simply be cold, hard truths. Either way, they can certainly make a relationship’s demise so much harder to get over. Rest assured, however, that if you’ve ever felt wounded by what an ex said during your breakup, you’re not alone.

I asked Reddit users to share the most painful thing ever said to them during a breakup, and the responses were nothing short of cringeworthy. (Seriously. You have my permission to look at cheerful baby animal GIFs halfway through reading them to rebound emotionally.) So, if you think you’re the only one who’s ever suffered some hurtful words during a split, these stories should give you some comfort.

When there was someone else.

"I haven't loved you in a long time. I have more feelings for him than I've had for you in years." Yeah, ouch. Hence why I stopped talking to her.

When they followed up with a spiteful snap.

The most painful thing someone said to me during a breakup (we were trying to work it out) was that he didn't think I was fully interested in being with him, and I totally was. The most painful thing he did was post a snap of himself with another girl a week after we ended it, just so I would see it and get upset.

When they offered zero closure.

Honestly, I think one of my most painful breakups was when the dude just ghosted. It wasn't a particularly long relationship, but still, multiple months (three-ish) — which to me is long enough that you have a conversation. Being ghosted on is NOT fun and it leaves you feeling like you didn't get closure. I've had other dudes say mean things during a breakup, but in a way, it helps me move on because I get the closure of "wow, that was awful that he said that, and it's clear to me we shouldn't be in a relationship." But when you get ghosted... you just kind of wonder. I know I'm not owed closure by any means, but if I have the choice then I'd take some nasty words during a breakup so I get closure over getting ghosted.

When they just didn't care.

I told her how even though it was ending, I gave it my best and I tried. She replied "I know. I just never wanted it." That broke me. I was blindsided by the breakup, and to be told that felt like I wasted so much of my time and effort for someone who didn't care for it.

When they really meant "it's over."

When asked if she would ever change her mind she gave a resounding: "Never. Never in a million years." We haven't spoken since then and it's been almost a year.

When they pulled out the insults.

We were together for four years and he said that I was negative and uninteresting. If I was less of those qualities then he would have spent more time with me.

When they didn't see a future.

Aside from telling me that he didn’t see himself marrying me (after two years of our relationship), he said, “all you want is to be with me, and all I want is to be away from you.” Yup. That’s the kind of sh*t you remember for the rest of your life.

When they gave the double whammy.

"I thought that maybe if I proposed to you that all my uncertainty would go away, and it didn't." "I didn't really love you all that much to begin with and to be honest, I'm really over this." Those were both from the same conversation we had when he dumped me via phone call.

When they were sweet and it backfired.

My ex boyfriend told me he loved me during our break up. It was terrible because he has said it early in our relationship and ended up “taking it back” a few months in only to whip it out one last time while he was ending things.

When they led with the cold, hard truth.

I cheated on you, there’s nothing to fix, it’s over.

One word: Woof. I don’t know how you managed to make it through all those, but congrats (trust me, that’s just the tip of the iceberg — some of the responses were too painful to type). Perhaps there’s some comfort in knowing that you’re not the only person who has been wounded by some brutal words during a breakup. More importantly, though, there’s definitely comfort in knowing that you can survive those words and eventually move on. You may need days, weeks, or even months to recover from some of the things an ex has said, but time heals everything. Besides, what doesn’t kill us makes us stronger, right?