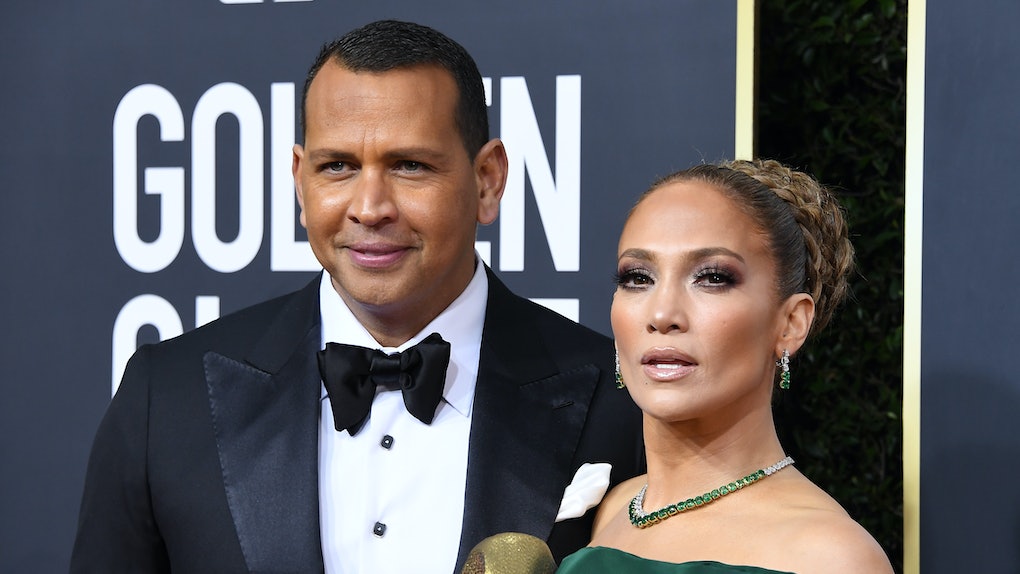 Editor's Note: Jennifer Lopez and Alex Rodriguez released a statement to CNN, TMZ, and People on Saturday, March 13, clarifying that they are "working through some things" but are actually still together.

A legendary power couple may be calling it quits. On March 12, Page Six broke the news of Jennifer Lopez and Alex Rodriguez's reported breakup just days after the two-year anniversary of their engagement. Soon after, TMZ reportedly confirmed the news as well. (Elite Daily previously reached out to reps for both Lopez and Rodriguez about the reported split but didn't hear back.) Fans who thought these two were in it for the long haul are understandably devastated, and these tweets about Jennifer Lopez and Alex Rodriguez's reported breakup capture all the disappointment.

Despite having to call off their June 2020 wedding due to the ongoing coronavirus pandemic, everything seemed to be going well for J. Lo and A-Rod... that is, up until February 2021, when Southern Charm star Madison LeCroy claimed she FaceTimed Rodriguez while he was in a relationship with Lopez. A source reportedly close to A-Rod denied the rumors, according to the New York Post, and reportedly, J. Lo was totally unbothered. "Everything is fine with Alex," a source for E! News reportedly claimed. "She doesn't let the cheating rumors get to her and chooses not to pay attention."

But if the breakup rumors are true, something apparently went amiss, and some fans are straight-up wrecked over the news.

Some people compared the reported split to the recent news of Kim Kardashian West and Kanye West's divorce, which went public on Feb. 19.

And other fans were curious about LeCroy's reaction to the reported breakup (as well as her possible involvement in the situation). For the record, LeCroy told Page Six during a Feb. 3 interview that she and Rodriguez have "never met up," though she did say they've "spoken on the phone." As she explained, "He's never physically cheated on his fiancée with me," and though she "talked to him randomly, but not consistent," their relationship was "innocent."

Lopez and Rodriguez have yet to comment on the breakup rumors themselves, so fans will have to stand by for more deets.

This article was originally published on March 12, 2021