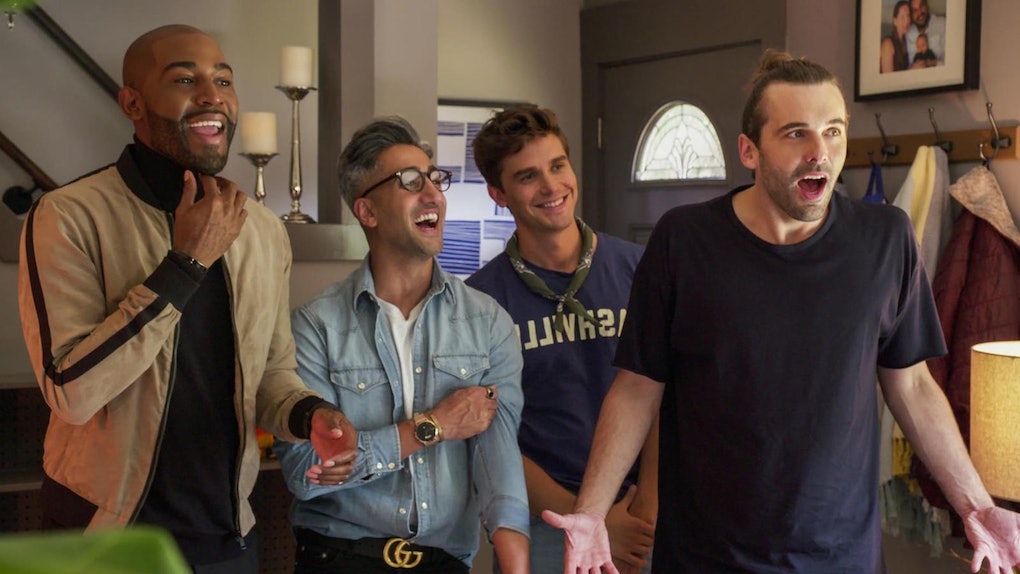 The 'Queer Eye' Season 3 Premiere Date Is About To Be Here, So Get Your Tissues Ready

Grab some avocados and make sure your French tuck is on point, because we finally know when Season 3 of Queer Eye is going to premiere on Netflix. The makeover show's official Twitter account broke the big news on Wednesday morning that the Fab Five will be back in our lives in just one month. Yep — the Queer Eye Season 3 premiere date is finally announced and fans will only have to wait a few weeks before diving into the new season.

The Fab Five — Tan France, Karamo Brown, Bobby Berk, Antoni Porowski, and Jonathan Van Ness — will officially be back to make over even more heroes when Season 3 of Queer Eye premieres on Friday, March 15. Although the first two seasons of the Queer Eye for the Straight Guy reboot took place in and around Atlanta, Georgia, Season 3 will transport the Fab Five to a new city: Kansas City, Missouri. So expect a whole new flavor of Queer Eye when the show's new season premieres.

The premiere date announcement came along with a new song by Carly Rae Jepsen called "Now That I Found You." The release of a new feel-good pop song along with the new season's premiere date mirrors last year's Season 2 announcement, which was accompanied by a new Betty Who song. Check out the Season 3 announcement video for yourself below:

And Queer Eye fans have even more to look forward to than the eight upcoming episodes of Season 3. The Netflix series also recently announced that it would be filming a four-episode special taking place in Japan called Queer Eye: We're in Japan!. Since last year's special episode, which was filmed in Yass, Australia, premiered just one week after Season 2 dropped, there is some precedent that may suggest the Japan special could be coming very soon after Season 3. Then again, the Queer Eye guys have been spotted hanging out in Japan as recently as two weeks ago, so they might still be in production on the upcoming special.

Another detail that we know about Season 3 of Queer Eye is that it will feature more female subjects than ever before. Apparently, there will be an equal number of male and female "heroes" in this season. Of course, the original Queer Eye for the Straight Guy focused exclusively on making over men, but as its shortened title suggests, Queer Eye has broadened its scope a bit more: Season 1 saw the Fab Five making over a semi-out gay man, and Season 2 saw them helping out a woman and a trans man.

Fans have been eagerly awaiting the Season 3 premiere date reveal since Netflix first announced that it had picked up Queer Eye for its third season last summer. This season will stand apart from the first two because it was the first season filmed since the show rocketed to massive success (Season 1 and 2 were filmed back to back). Because of that, there is also a lot of speculation that Season 3 may include a celebrity cameo. Thankfully, we will not have to wait much longer to find out of those guesses are true or not. Look for Queer Eye Season 3 to begin streaming on Netflix on Friday, March 15.