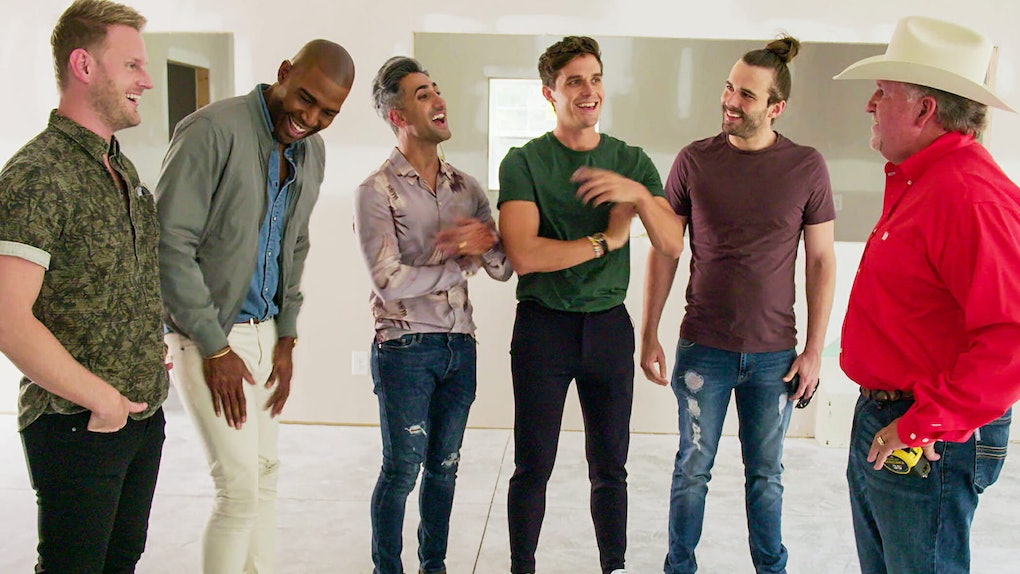 More Queer Eye will be coming your way soon, and a handful of the new episodes will include an international twist. Fans have gone half a year without any new episode of Netflix's breakout reality smash, but Queer Eye is gearing up for its third season to premiere later this year, and Netflix also just revealed an upcoming four-episode special that will give fans even more Fab Five in 2019. And that special will take the team far from rural America — Queer Eye is headed to Japan for four episodes in the show's upcoming special release Queer Eye: We’re in Japan!.

The new special will see Queer Eye's Fab Five — Antoni Porowski, Bobby Berk, Jonathan Van Ness, Karamo Brown, and Tan France — help make over four new heroes (as the show refers to its participants) in Japan. Since none of the Fab Five are from Japan, though, they will be working alongside local tastemakers in the country to both help translate their own expertise on food, clothing, grooming, design, and culture while also learning more about how Japanese culture approaches these areas. It has not been revealed where in Japan the four episodes of Queer Eye: We're in Japan! will take place, but the show has traditionally brought the Fab Five to more rural areas, so don't expect to see them in Tokyo.

Queer Eye's creator and executive producer David Collins provided a statement on the experience of bringing the show over to Japan:

In just a year since we launched Season 1, Queer Eye has become a global phenomenon once again and the Fab Five are truly the ambassadors of self-care and compassion that the world needs now more than ever. Filming in Japan is a wonderful opportunity for us to work with four deserving heroes that will help showcase the incredible traditions and customs of their country.

This will be the second time that Queer Eye has done an international special. Last summer, a week after Season 2 of Queer Eye had premiered on Netflix, the streaming service dropped a special episode filmed in the town of Yass, Australia. But that was only one special episode, whereas Queer Eye: We’re in Japan! will give fans four all new episodes set on the other side of the globe.

There is currently no set premiere date for Queer Eye: We’re in Japan!, but the special is slated to drop in 2019 after Season 3 debuts on Netflix. Although this has not been confirmed, it seems likely that it could mirror the release schedule of last year's second season and Australian special, which would mean that the Japanese special will come out the week after Season 3. Unfortunately, we still do not know when Queer Eye Season 3 will premiere yet. The new season began filming in Kansas City, Missouri last summer, so hopefully we will get a premiere date announcement from Netflix pretty soon.

Although we are still waiting on new episodes, at least fans can rest assured that 2019 will be filled with a ton of new Queer Eye.