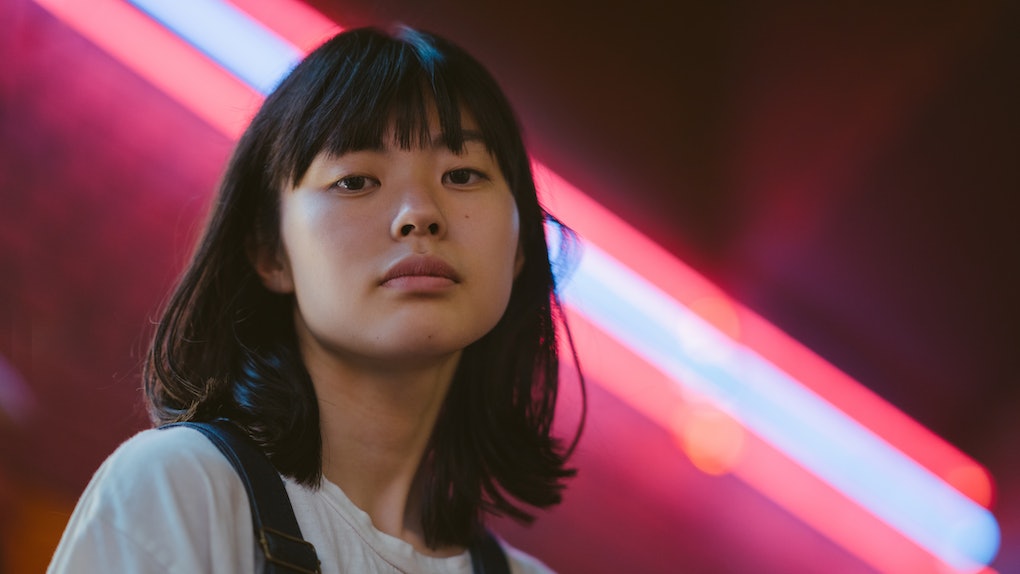 In addition to marking the start of a brand-new lunar cycle, new moons are symbolic of spiritual renewal and new beginnings. Vanishing into the night in the justice-seeking sign of Libra, the emotional meaning of the October 2020 new moon is all about restoring the balance, both personally and collectively. Although, ironically, the astrological aspects taking place during this lunation could very well challenge the equilibrium you seek, but you can't lose hope. It's all a work in progress.

October is in full effect, and the current astro-weather leaves no room for injustice, let alone previously set structures and toxic systems that no longer align with the collective's evolution process. There are a series powerful shifts taking place, and whether you blame Mars retrograde, Mercury retrograde, or Mars square Pluto, the external foundations that are being dismantled are deeply effective, especially when it comes to the outdated belief systems and traditions, the mind has been programmed to obey for centuries.

If there's one thing October's astrology is here to teach you is, change is the only thing that's constant, and in order to navigate the turbulent waters ahead, there needs to be balance. Energy speaks louder than words ever could, and Libra season arrives right on time every year. Although, it's important to take things one step at a time, as there are too many cardinal energies in the sky, and the cardinal modality has everything to do with taking initiative.

The start of another lunar cycle, the new moon phase occurs when the sun and moon meet at the exact same degree of a zodiac sign, which in this case is Venus-ruled Libra. Disappearing into the sky on Oct. 16 at 3:31 p.m. ET, themes around peace, equality, harmony, and justice are ever-present with both luminaries joining forces in this cardinal air sign. Although, with Mars retrograde in Aries sitting directly across the new moon, keeping your balance could be pretty difficult. Fortunately, where there's a will, there's a way, but it's not going to be easy.

It's also important to acknowledge the ancient battle between the divine feminine (Venus) and the sacred masculine (Mars). Libra's zodiac archetype is symbolic of the divine equilibrium between both, which is practically non-existent at the moment. Interestingly enough, Mars retrograde's positioning — directly opposite a Venus-ruled sign — speaks volumes, which is something significant to keep in mind throughout this lunation.

Celestial ruler of aggressive Aries, Mars retrograde is challenging you to go inward, and reflect on everything from your desires to your actions. Aries is symbolic of your fearless passions and audacious individuality, but there are a number of factors contributing to the constant feeling of defeat, let alone stifled from unapologetically living your truth. With Jupiter-Saturn-Pluto in Capricorn, these ideas, beliefs, and traditions, have absolutely nothing to do with your soul's truth. It might not happen overnight, but justice will be served.

Mars is the planet of action, energy, aggression, but what does this mean when there are so many subliminal influences all around you? Despite the core theme of balance, it's important to practice discernment during this time. Mercury — planet of the mind, thought process, and immediate exchanges — will be retrograde in Scorpio, all while sitting opposite rebellious Uranus, so there will be a number of revealing truths coming to light. More importantly, the new moon will square off with Jupiter-Saturn-Pluto, while directly opposing Mars retrograde as it, too, squares off with the same stellium.

This activates what is referred to as a cardinal T-Square, with Jupiter-Saturn-Pluto being the focal point. Peace, love, and harmony is on the way, but we still have some work to do.