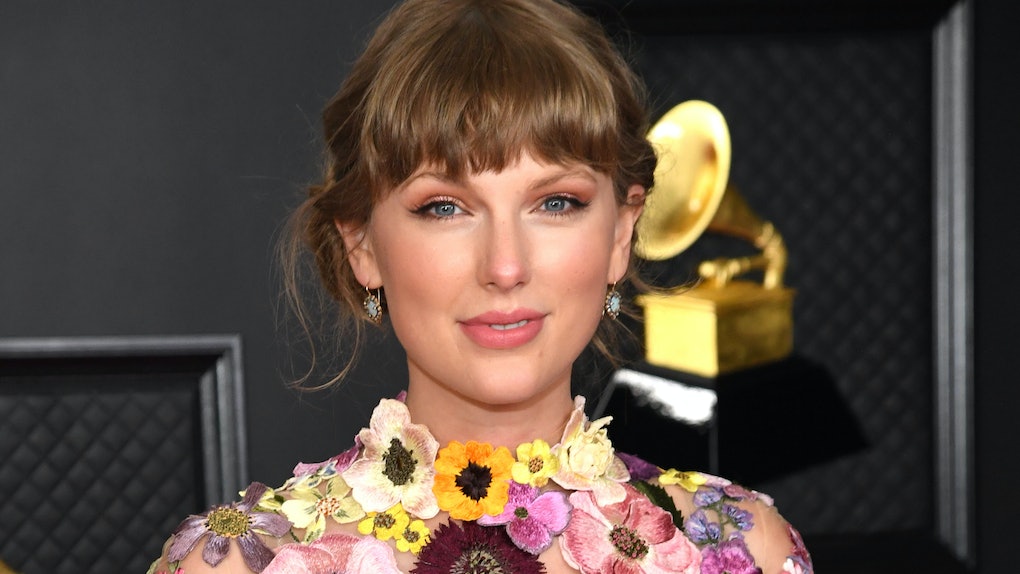 The 2021 Grammys was full of surprises, from Harry Styles revealing his abs during his "Watermelon Sugar" performance to Billie Eilish dedicating her Record of the Year award to Megan Thee Stallion to Lizzo accidentally swearing while presenting Best New Artist. One of the most unexpected and most-talked about celebrity moments, however, went down backstage. Get this: Two famous exes ran into each other and the Recording Academy got their interaction all on video. You need to see Taylor Swift and Harry Styles' reunion at the 2021 Grammys because it's got everyone asking questions.

The two dated for a few months in 2012 during Styles' One Direction days, so you'd expect their reunion to be awkward AF, but that didn't seem to be the case. The one-minute clip showed Styles happily approaching Swift's table during the show, and the "Willow" singer appeared to be just as glad to see him. After taking off their masks to hear each other, the stars proceeded to chat, and at one point, Styles even laughed out loud and gave Swift the biggest smile. Afterward, they said their goodbyes and then went their separate ways.

Watch Swift and Styles' reunion at the 2021 Grammys below.

Their unexpected reunion had fans talking all over Twitter. They wondered what the exes could have possibly talked about, and some joked they were chatting about their songs about each other. (Swift's "Styles" and "Blank Space" are supposedly about Styles, while his songs "Perfect" and "Two Ghosts" are rumored to be about her.)

That wasn't their only interaction during the Grammys. Both stars were nominated for Best Pop Solo Performance, but in the end, Styles won for his 2019 Fine Line single, "Watermelon Sugar." When he went on stage to accept his award, Swift was one of the first celebrities to stand up and clap for him. She enthusiastically nodded her head as his song played in the background while he was making his way to the stage.

You can see the moment happen below.

Currently, Swift is dating actor Joe Alwyn, while Styles is reportedly seeing Don't Worry Darling director Olivia Wilde. While Swift and Styles are no longer together, they appear to be nothing but friendly.