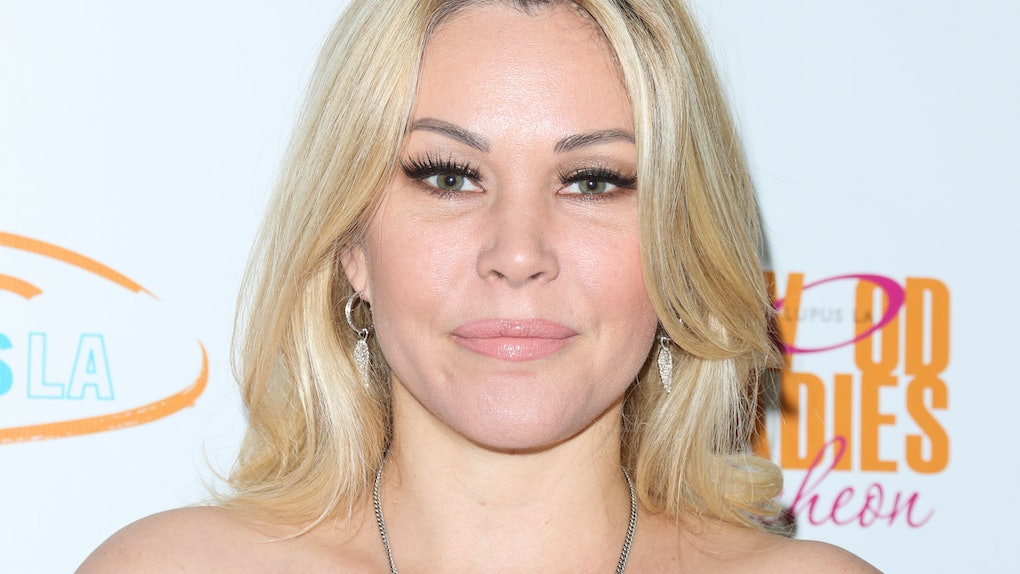 The Kourtney Kardashian, Travis Barker, and Shanna Moakler drama continues. It seems like Shanna Moakler shaded Travis Barker and Kourtney Kardashian's PDA when she made a comment about her own happiness on Instagram. The model clapped back at a fan who criticized her for sharing a photo of her on-and-off-again boyfriend, Matthew Rondeau, kissing her hand on April 16 with the caption, "He makes me happy." The hater pointed out Rondeau had yet to post any pictures of himself and Moakler together, and she replied, "Unlike some people, my relationship status isn't based on social media posting... I'm happy in life, not on IG." Ouch! That sounds like it might be aimed at Barker and Kardashian.

Ever since Kardashian revealed she was dating the Blink-182 drummer back in February 2021, she and Barker haven't been shy about showing off their love, from gushing birthday posts to majorly NSFW snaps. On April 9, Barker even showed off a new tattoo he got of the reality TV star's name on his chest. Talk about being in love. But when TMZ asked Moakler what she thought of her ex's new ink, she said, "It's beautiful... it's nice, it's nice. Welcome to the club. He's got a couple more on there, too." Yikes.

Moakler is no stranger to throwing shade at her ex-husband and his new GF. A few days before Barker showed off his new ink, Moakler seemingly shaded the whole Kardashian clan when she reportedly agreed with a fan who commented, "my mama likes everyone besides the Kardashians" on one of Moakler's since-deleted Instagram posts. According to Cosmopolitan, the model reportedly replied, "mine too lol." And soon after Barker and Kardashian went public with their relationship, Moakler reportedly liked a shady comment from a fan that said Barker "downgraded big time" by dating Kardashian.

It seems like Moakler isn't the only ex who has an issue with the budding relationship, either. Not long after Kardashian posted a sexy snap of herself kissing Barker on April 26, her ex-boyfriend Younes Bendjima seemingly shaded the pic in his Instagram Story. "Shamelessness has become so normal in today's society that modesty has become strange," he wrote before deleting the post.

However their exes may feel, it seems to me that Barker and Kardashian aren't letting the criticism hold them back.