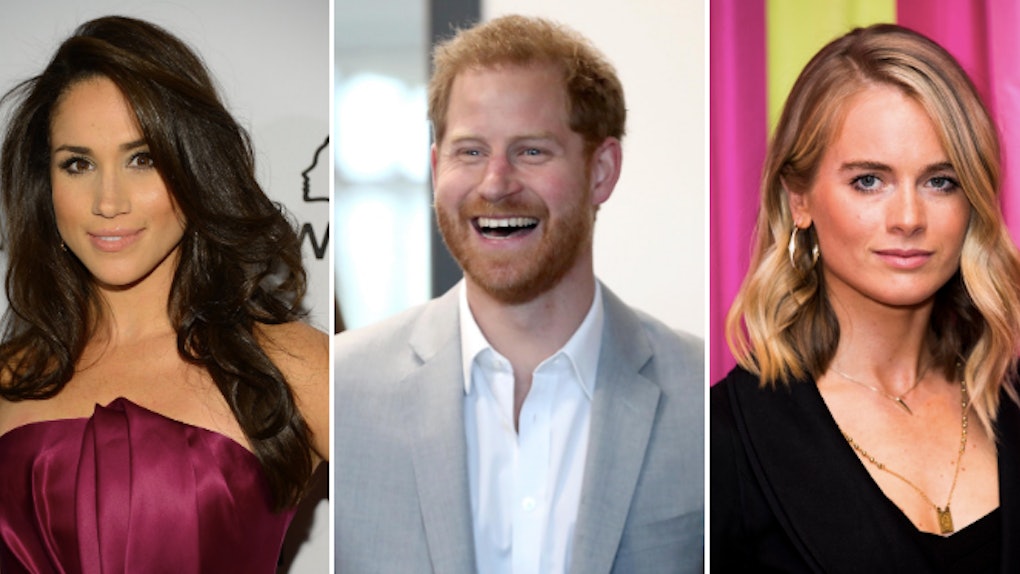 Prince Harry's Most Astrologically Compatible Relationship Reveals A Lot About Him

Prince Harry may be head over heels for his wife Meghan Markle, but that doesn’t mean he’s never had other great loves in his life. If you remember, back before he and Meghan started dating in 2016, Harry had two other long-term relationships, one with Chelsy Davy and one with Cressida Bonas. And surprisingly, Prince Harry's most astrologically compatible relationship brings up a lot of questions about his past.

Harry is a Virgo, born on Sept. 15, which means he likely values security and vulnerability in a relationship. Virgos are tender at heart, and they match well with partners who help them open up emotionally and feel confident in themselves. They’re not quick to trust others, but when they do, they can fall hard and fast once the right person comes along.

Like other Earth signs, Virgos are committed to stability and order in their lives. They’re constantly striving for perfection, which is why they can be critical of themselves at times. But when they’re dating someone who brings out their best qualities, they can truly thrive in all areas of life.

Now, obviously Harry is currently at peak levels of thriving — he’s a new dad to baby Archie, and he and Meghan appear to be more in love than ever. But if you look at his astrological compatibility with his three long-term partners, you might learn some surprising facts about everyone’s favorite red-headed royal.

Harry dated Chelsy Davy from 2004 to 2010, and at the time, many people thought their relationship might lead to marriage. But in a June 2016 interview with The Times, Chelsy explained that she found the constant media attention overwhelming. And since Chelsy is a Libra, born on Oct. 13, this isn’t all that surprising — Libras value peace and harmony in their relationships, and it couldn’t have been easy for this couple to feel stable with the scrutinizing eyes of the whole world upon them.

That being said, Libras and Virgos do share some meaningful qualities in common. They both appreciate the finer things in life and enjoy deep, intellectual conversations. However, they’re not typically on the same page emotionally — Libras like to move things along quickly, but Virgos prefer to take it slow. While they’re both mild-mannered on the surface, underneath, they may fight for power in the relationship and struggle to trust one another without criticism.

After his relationship with Chelsy ended, Harry fell for Cressida Bonas, an English model and actress whom he dated from 2012 to 2014. And like Chelsy, Cressida was reportedly uncomfortable with the media attention and did not want to join the royal family, according to biographer Katie Nicholl, author of Harry: Life, Loss, and Love. The couple eventually went their separate ways.

Cressida was born on Feb. 18, making her an Aquarius. Aquarius-Virgo partners have super different personalities, but that doesn’t mean they can’t work well under the right circumstances. They’re both idealists who share strong belief systems about making the world a better place. But the Aquarius may get frustrated with the Virgo’s slowness to trust and tendency to overthink things. If they’re not careful to move things along at the same speed, this couple can end up on different pages emotionally… which might create a problem for their connection.

Meghan, now the Duchess of Sussex and Harry’s wife, is a strong and confident Leo, born Aug. 4. Leos have a powerful energy that draws people to them, so it’s no wonder that Harry was captivated by Meghan from their very first date. Virgo is content to let Leo take the spotlight, as long as Leo shows their appreciation for their partner’s dedication behind the scenes. Sometimes Leo’s social personality can be a bit much for a Virgo, but if they communicate well, they can learn to love each other and respect their differences.

Looking at these three relationships, it’s clear that Harry has never chosen a partner who’s a super strong astrological match for him. Harry has dated two women with adjacent signs to his (Chelsy and Meghan), and neighboring zodiac signs don’t always make the most natural romantic pairs. However, a couple’s compatibility is determined by more than just their sun signs, and when you take a look at Harry and Meghan’s birth charts (especially their rising signs in Capricorn and Cancer, which are super compatible), it’s clear why they’re so deeply in love.

Out of all Harry’s relationships, his time with Meghan reveals just how loyal and supportive he can be when he meets his perfect match. Harry has said himself that he believes their relationship was written into the stars. In the couple’s engagement interview with BBC in November 2017, Harry said, “The fact that I fell in love with Meghan so incredibly quickly is confirmation to me that all the stars are aligned." Honestly, I couldn’t agree more.