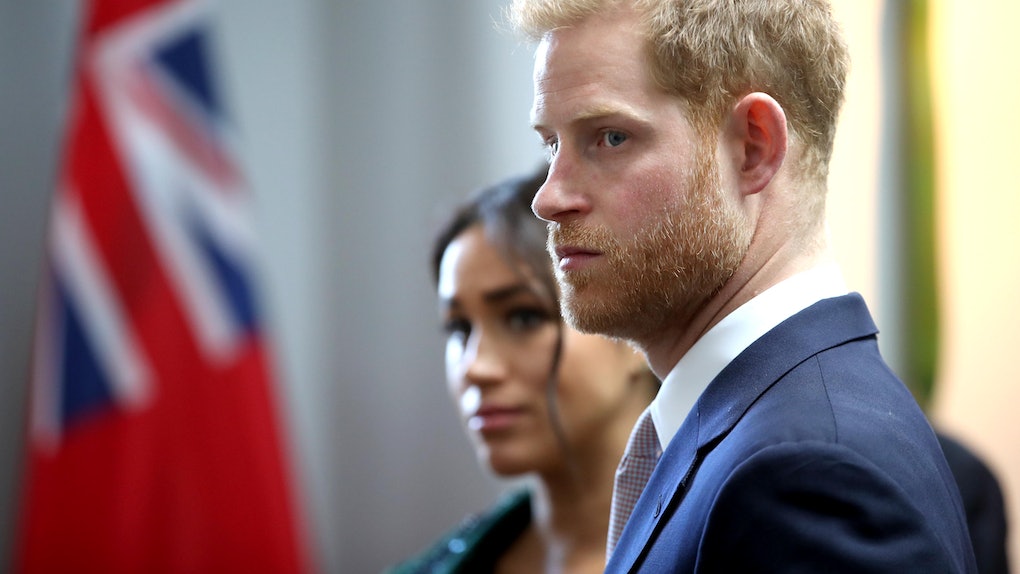 If you can believe it, it's been almost a year since Prince Harry and Meghan Markle tied the knot. The newlyweds are now expecting their first child together, and the world is collectively obsessed with them. It's an understandable obsession, considering that Markle is our generation's American princess and everyone just wants to see her happy. So, when reports surfaced that Prince Harry reportedly made a pretty big change out of respect for her, my obsession grew tenfold. If you've ever wondered, "Is Prince Harry friends with his exes?" it turns out that following his wedding, he reportedly cut ties with them. Elite Daily reached out to Kensington Palace for comment on these reports, but did not hear back by the time of publication.

Now, if you follow the royals and have been keeping tabs on Prince Harry for a while now, you'll know that Markle was not his first serious girlfriend. In fact, the soon-to-be father has had a couple of long-term relationships. He dated Chelsy Davy from 2005 to 2010, and later, Cressida Bonas from 2012 to 2014. Interestingly enough, Prince Harry reportedly remained in the same friend groups as both Davy and Bonas, according to Cosmopolitan, and both women were invited to his wedding last year.

But according to Katie Nicholl, a royal expert and the author of Harry & Meghan: Life, Loss, and Love, Prince Harry has reportedly made the decision to no longer stay in touch with his exes, despite the fact that they'd been friends for so long.

"There isn't much of a relationship, in truth," Nicholl told Cosmopolitan. "As you would expect and understand, when Harry eventually got married he was always going to sever ties with his exes." Of course, Prince Harry is a gentleman, and probably didn't just ghost his exes.

"My understanding is he has very little to do with them now," Nicholl said. "He had a sort of farewell conversation with Chelsy where he spoke to her to basically say goodbye, and I think probably Cressida and Chelsy both knew that after the wedding they wouldn't see much of Prince Harry," she continued. Prince Harry doesn't seem like one to intentionally hurt someone, but he also seems to know where to draw the line.

However, being in touch or friends with an ex can be confusing. Some people do stay friends with their exes long after they breakup, and some people take cues from Prince Harry and back off. According to an expert, once you're in a new relationship, it might be better to create more space between yourself and an ex.

"Being friends with an ex when you are in a new relationship is not a good idea because you are trifling with three peoples' emotions, and possibly four," Brooke Wise, dating expert and founder of Wise Matchmaking, previously told Elite Daily. "Some people are better left in your past, and ex-relationships tend to confuse the potential strength of a current relationship and hinder you from moving on and fully exploring the the future of this new relationship."

Really, Prince Harry might be on the right track when it comes to letting exes go. He's married now, and expecting his first baby! Big things are happening, and it's obvious that he's looking toward the future. Sometimes, that might mean letting go of the past.