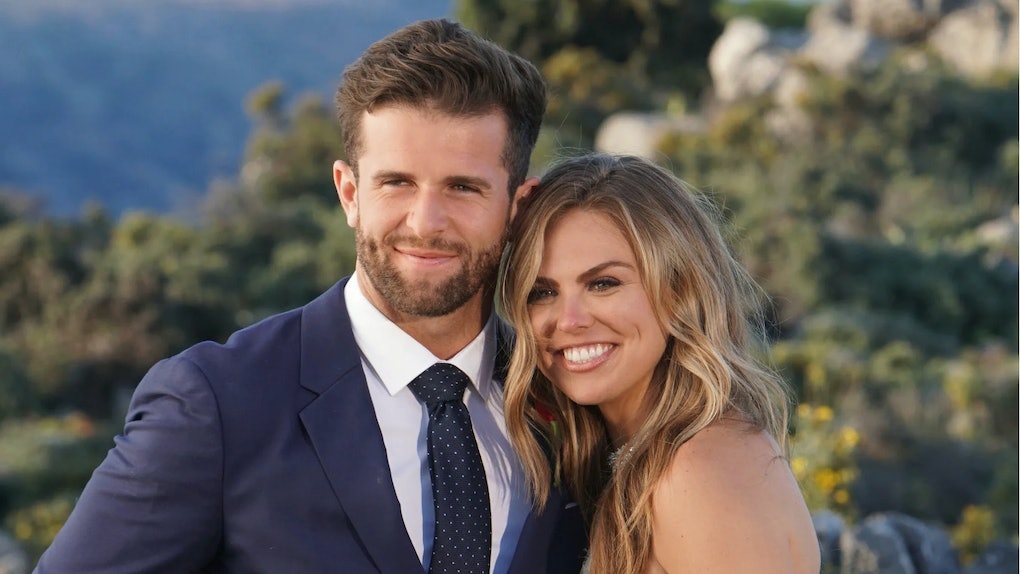 The plot thickens. Last week, former Bachelorette Hannah Brown's younger brother raised eyebrows when he posted a pic of himself hanging out with Jed Wyatt's ex-girlfriend, which seemed pretty sus. Now it seems Haley Stevens is Instagram official with Patrick Brown, so I guess those dating rumors were legit. On Feb. 24, Haley took to IG to post a series of cute photos with Patrick from her birthday celebrations, which she captioned, "Here's to laughing 'til our bellies hurt, my happiest birthday, and You. ❤️" Patrick then slid into her comments section to write, "What's cookin' good lookin' ? 🔥" Flirty!

Patrick first sparked romance rumors with Haley on Feb. 18 when he took to his IG Story to share a pic of himself and Haley ahead of her birthday. "Ready to celebrate you this weekend ... Bud," he captioned the pic, alongside a winking and kissing face emoji. Though it's unclear how the two met, they both seem to be living in Nashville, Tennessee, at the moment. It also seems very likely that their shared connection to the Season 15 Bachelorette has something to do with their romance. But however it happened, these two def look smitten with each other.

In case you've somehow forgotten, Hannah and Jed met on Season 15 of The Bachelorette and got engaged during the season finale. However, their romance was short-lived. Hannah ended up calling off her engagement to Jed after learning he reportedly had a girlfriend when he joined the show — that girlfriend being Haley. Jed later claimed he never "cheated" on Hannah or Haley while they were together, but who knows what exactly happened there.

According to Haley, she respected Jed's choice to join the show even though they were dating because it seemed like a good opportunity for his career. "As a fellow musician and as somebody that just loves this person, I'm like, 'Why would I hold him back from this opportunity?’" she explained to Us Weekly soon after fans learned about her relationship with Jed. Haley also noted she and Jed agreed to continue their relationship when he returned back home, but that didn't exactly work out.

Fortunately, it seems like everyone got a happy ending after all. Jed is now in a relationship with his girlfriend, Ellen Decker, and Hannah recently became Instagram official with model Adam Woolard on Valentine's Day 2021. And now it seems Haley has found love with her ex's ex-fiancée's brother in an unexpected twist.

No matter how this totally random union came to be, I'm into it.