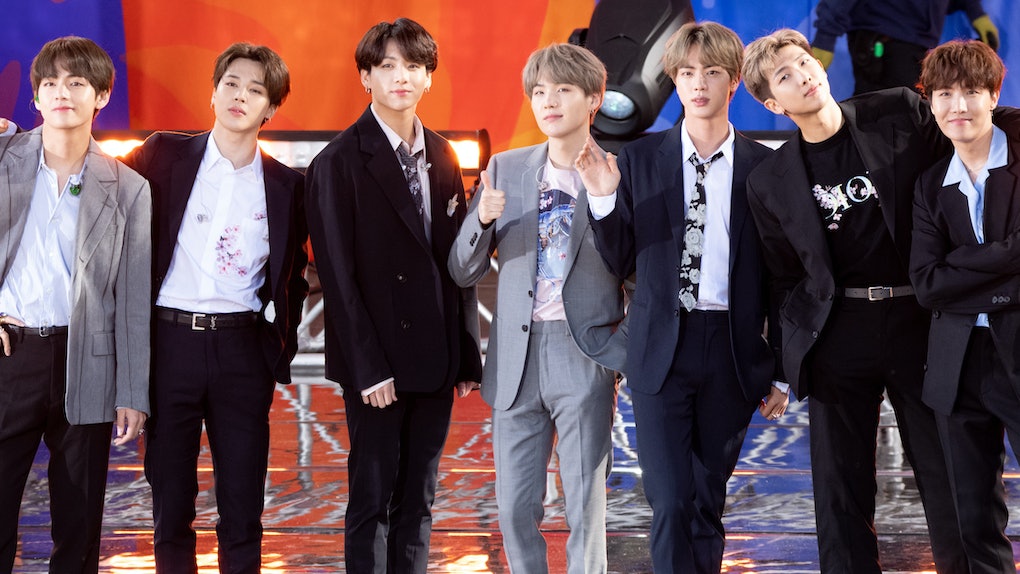 How Long Is BTS' Break? They'll Be Back So Soon, So Don't Let The ~Breakup~ Hype Get To You

As Taylor Swift says, "And the haters gonna hate, hate, hate, hate, hate." With BTS' management company, Big Hit Entertainment, announcing that the group will be "going on an official and extended period of rest and relaxation," some haters have taken the opportunity to start a rumor that BTS is going to break up. LOL. Well, jokes on them because BTS is literally just taking a break. I repeat: literally a break. This is not the end of BTS because RM, Jin, Suga, J-Hope, Jimin, V, and Jungkook are just temporarily going their separate ways to get some much-needed and well-deserved vacation time. Compared to other artists who take a break for months or even years at a time, BTS' hiatus will actually be really short. Before you know it, BTS will be back dominating the Billboard charts — as usual. Trust me. So, how long is BTS' break?

Like I said, it will probably be over really soon. The group wrapped up their North American leg of their Love Yourself: Speak Yourself world tour back in May, but they still have a few stops to make before they are completely done with the tour. On Oct. 11, BTS will perform at the King Fahd International Stadium in Riyadh, Saudi Arabia, before they return to Korea for concerts on Oct. 26, 27, and 29 at the Olympic Stadium in Seoul.

So, because BTS hits the road again on Oct. 11, the group's break will probably be less than two months long. In fact, it might only be a month to a month-and-a-half long. I say that because RM, Jin, Suga, J-Hope, Jimin, V, and Jungkook will probably have to reunite days or even a few weeks before their Oct. 11 performance so they can practice for their concert. With BTS taking their first extended break since their debut, they might also need some time to get themselves back in the working zone before they take to the stage once again.

Since the group will return to performing in October, fans think this could be around the same time that BTS makes their next comeback. On average, the group makes two comebacks a year. BTS already released Map of the Soul: Persona in April, so that only leaves the group a few months to make another comeback before 2019 ends.

According to July 8 Soompi report, a Korean newspaper Donga reportedly released details about BTS' upcoming schedule. They said that, along with the group's October concerts, they'll also be preparing to make their next comeback. Big Hit Entertainment responded to the rumors, but according to Soompi, the company said it "will reveal the details only after finalizing their artists’ schedules."

Classic Big Hit! But that's totally OK with the BTS ARMY, because it leaves them some time to focus on other BTS content, like BTS' Bring The Soul docu-series and the BTS World mobile game. You didn't think BTS would leave their ARMY with nothing to do during their break, did you? I didn't think so. BTS left their fans plenty of ways to keep up with them during the break.

So as fans say, #RestWellBTS, because you guys definitely deserve some vacation time!

More like this
These Tweets About Prince William Being The "World's Sexiest Bald Man" Don't Hold Back
By Cianna Garrison
Camila Mendes' Instagram After Her Grayson Vaughn Breakup Celebrated Selfhood
By Abby Monteil
The Best Movie Soundtracks Were So Good, They'll Live On Forever
By Brandy Robidoux
Stay up to date