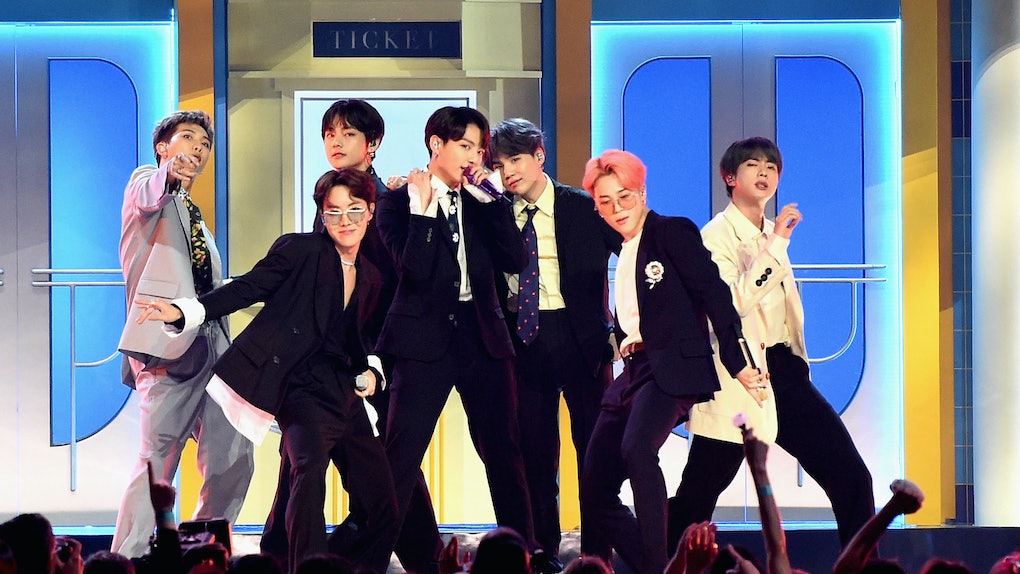 When Is BTS' Next 2019 Comeback? This Fan Theory Suggests It Could Be Right Around The Corner

For Western artists, here's how the album release process basically works: They release a few singles and music videos to promote the album, then drop the album, do a couple of live television performances and interviews, go on tour, and then go on hiatus for a year or two before the cycle begins again. But for BTS, that's not the case at all. On average, BTS releases two new albums a year. And that doesn't even include the group's Japanese releases, repackaged albums, or the members' solo projects. Yeah, I don't know how they do it either, but BTS manages to pretty much almost always dominate the music industry. Since BTS has only had one official comeback this year for their album Map of the Soul: Persona, fans are wondering, when is BTS' next 2019 comeback?

Good question. While BTS' management company, Big Hit Entertainment, has not confirmed when the group will have their comeback, the BTS ARMY is already theorizing about when it could possibly be. There's one popular theory that's been spreading across Twitter, and it's that BTS will be releasing a new album in October. *Cue screams from fans.*

I know, I know, I'm fangirling really hard right now, too. If the ARMY's right, then that means BTS would be releasing a new album just seven months since Map of the Soul: Persona. That sounds like such little time compared to other artists, but that's nothing compared to BTS' comeback schedule last year. BTS released Love Yourself: Tear in May 2018, and then released another album that summer in August called Love Yourself: Answer.

Following the tradition of BTS' Love Yourself album series, the BTS ARMY thinks that Map of the Soul: Persona is part of the Map of the Soul series and that the next album will be called Map of the Soul: Shadow. Yup, the ARMY got all that based on a few hints from RM's "Persona" music video. So, if the ARMY already has a theory about BTS' next album title, it's only natural that they would theorize about the album's release date next. But why does the ARMY think that BTS will make their comeback in October? Let's look at the evidence.

According to Soompi, fans have been spreading a Korean news article that reportedly gives details about BTS' upcoming schedule. The sources report that BTS will have more concerts in October in Seoul as part of their Love Yourself: Speak Yourself tour, and along with the concerts, the group will prepare to make their next comeback.

Soompi also states that Big Hit Entertainment issued a statement as soon as the reports came out, and that "they will reveal the details only after finalizing their artists’ schedules." Since Big Hit neither confirmed or denied the theory, the BTS ARMY became excited at the thought of it possibly being true.

Here's how the BTS ARMY reacted to the theory:

Here are a few more theories why the ARMY thinks BTS will make their comeback in October:

Since the BTS ARMY is always one step ahead, some fans have even come up with an exact date about when BTS could possibly be making their comeback. I'm telling you, the ARMY is on another level, guys.

It's all too much to take in, so I think I'll wait until Big Hit Entertainment confirms anything before I get too excited. But an October comeback would be amazing, right?

More like this
When Will BTS' 2021 Album Drop? Their Next Comeback May Be Right Around The Corner
By Michele Mendez
I Tried Singing While Running Like Miley Cyrus & OMG, My Lungs
By Rachel Varina
Taylor Swift's 'Fearless (Taylor's Version)' Lyric Changes Are Small, But Meaningful
By Michele Mendez
Stay up to date