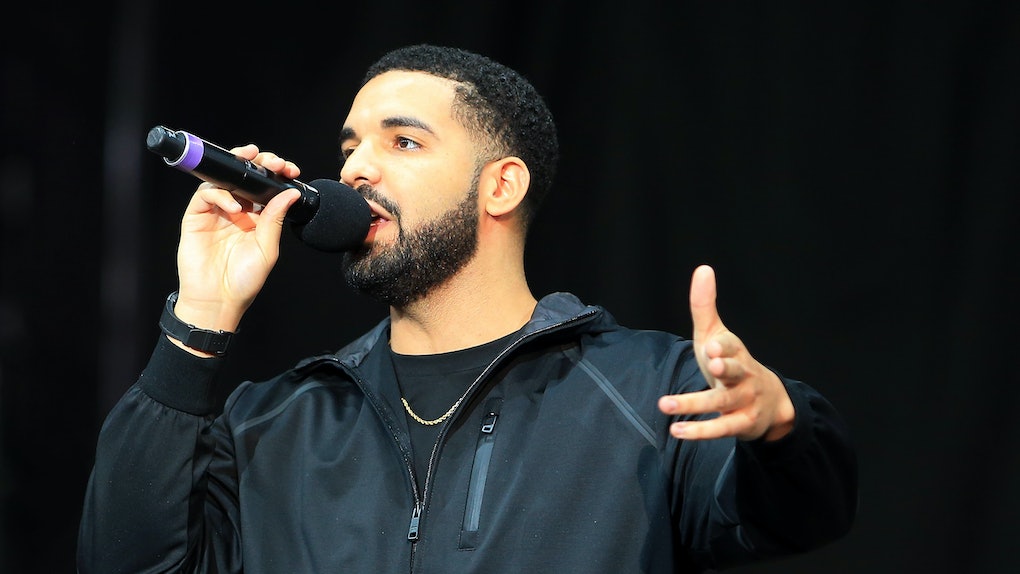 Drake showed off the best napping skills of the holiday season this year, and the picture is one for the books. The Canadian rapper took a quick snooze, but instead of nodding off alone, he snuggled up with his son, Adonis. Drake’s Thanksgiving 2020 Instagram with Adonis is not only the cutest thing you'll see all day but it also deserves an award for sweetest nap of the year.

Drake posted the snapshot to his Instagram on Friday, Nov. 27, and it features three-year-old Adonis snacking casually, cuddled up to his dad. Drake, passed out beside Adonis on a bed, has his head resting on Adonis' small shoulder. Adonis has his hair in cornrows and looks pretty focused on what he's watching, while his dad sleeps beside him.

The adorable photo of his son comes as a welcome Thanksgiving treat for fans, including several celebs, since Drake so rarely shares photos of his son on IG. The post received comments from former professional basketball player Justin Laboy and rapper OB OBrien, and others who celebrated the pic with sweet comments.

Previously, Drake kept Adonis out of the spotlight, so the recent slew of photos has been a total win for fans. The toddler was born in October 2017, but fans weren’t aware of Drake having a son until months afterward when Pusha T mentioned Adonis in a song. In June 2018, Drake rapped about his decision to keep Adonis out of the spotlight on the album Scorpion. The first photos fans ever saw of Adonis finally came in March 2020, when Drake shared a thread of five photos of his son.

Then on June 21, Drake shared a video of Adonis speaking with a French accent. The post showed Drake opening his Father’s Day present and Adonis eyeing a gift of his own. This was the first time fans heard baby Adonis’ voice, so of course, it was a surprise to hear that he had an accent.

On Oct. 11, fans also got a glimpse into Adonis’ third birthday party, with Instagram snapshots that featured Drake smiling at the toddler in a room full of space-themed balloons. He also posted a cute shot of Adonis and his grandmother, Sandi Graham.

Although Courteney Cox's iconic turkey dance is hard to beat, and Drake's showcased plenty of cute shots of Adonis to date, his Thanksgiving Instagram might take the number one spot for most adorable holiday post from celebs this year.