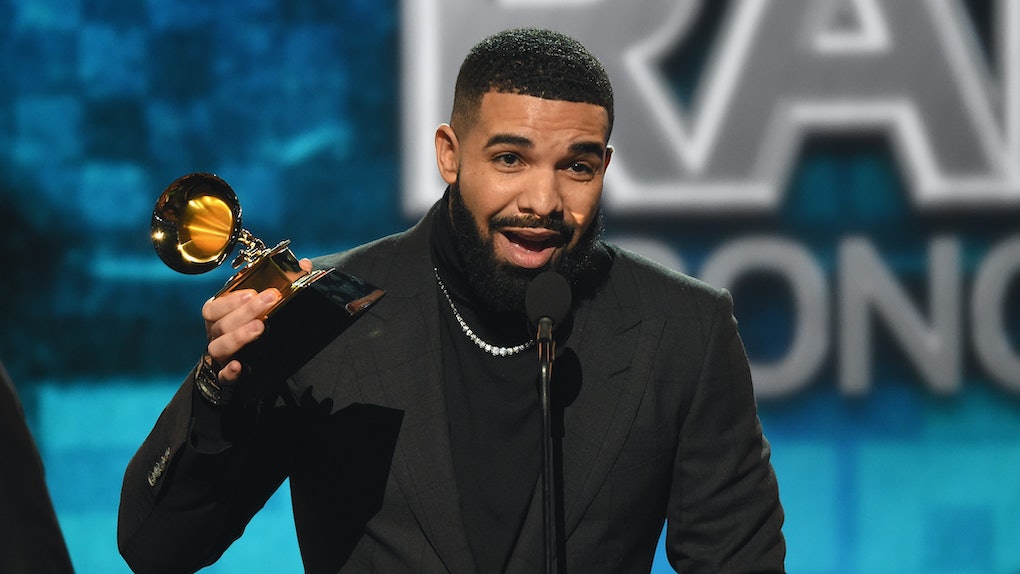 We all have our quirks, but Drake is raising eyebrows for one very recent questionable decision. Drizzy celebrated his 34th birthday on Oct. 24, and he threw a party with his closest friends and family. The night included a number of his celebrity pals, a private nightclub, and plenty of cake, but one minor party detail has fans losing it. The tweets about Drake putting raisins in his mac 'n' cheese are brutal AF.

As one would expect, Drake's b-day bash had plenty of delicious food available at attendees' fingertips. However, after several of the partygoers shared a photo of the night's menu, including the ingredient's for Drake's macaroni dish, fans were thrown off. The mac 'n' cheese being served had raisins tossed in, and Twitter swiftly began trolling Drake big-time for "ruining" a classic dish. The macaroni also appeared to include sun-dried tomatoes and capers, but fans simply could not get past the raisins.

“Drake is eating Mac and cheese with sun dried tomato, raisins, capers and parsley. I don’t ever wanna be that rich,” one person tweeted. "If I went to Drake's birthday and got Mac n Cheese with raisins in it I'd honestly sue that man," another tweet read.

The savage tweets didn't stop there. “Drake could have any meal in the world, but raisins IN mac & cheese lands on the birthday menu," one fan tweeted.

Twitter simply couldn't stop roasting the rapper for his bizarre macaroni 'n' cheese recipe. You can see more of the best tweets below.

After the birthday party wrapped, Drake took to Instagram to thank everyone for their warm birthday wishes. "As wise as the old owl but still the gold child. Thank you for all your love and well wishes," he captioned the pic.

True to form, it looked like Champagne Papi celebrated with lots of bubbly, but fans still can't stand behind him on his unorthodox cheesy mac.