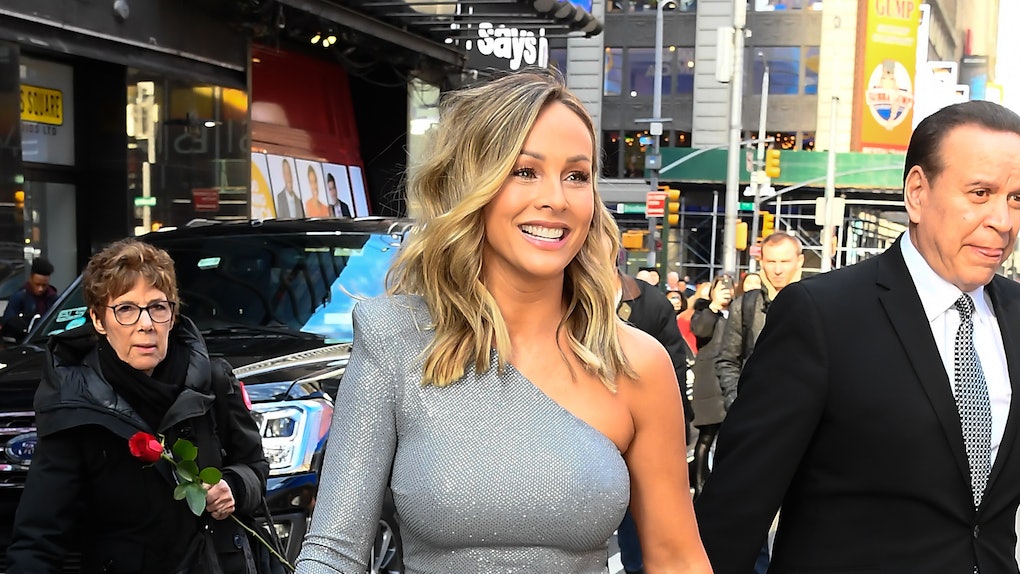 Clare's 'Bachelorette' Promos On Instagram Have Clues About Her Leaving

Every season of The Bachelorette is teased as the most dramatic one yet, but it sounds like that may be more true than ever for Season 16. Rumors about Clare Crawley's season are already running rampant online, and some newly released teaser clips will definitely appear kind of questionable to fans who have been following the drama. If you look closely, Clare's Bachelorette promos on Instagram seem to be teasing her rumored early exit from Season 16.

In case you haven't been following along with all the Bachelorette gossip, here's what you need to know: Back in March, production on Clare's season was halted due to the coronavirus pandemic, and when it was preparing to start back up again, a large chunk of her batch of suitors was recast. Production delays and quarantining had already added strange twists to the season, but the biggest surprise of all came in early August when it was reported Clare had quit the show before it even began. According to numerous reports, either all those months of production delays gave Clare plenty of time to grow closer to her rumored First Impression Rose recipient, Dale Moss, or the two simply formed a fast connection during filming. The two reportedly got so close, Clare decided not to continue the show; there are even rumors Clare and Dale are engaged now.

Yeah, that's a lot of drama, but the wildest part is ABC has not confirmed any of it yet. While it looks like the network is going to remain silent on the rumors until Season 16 airs, some newly released promo videos most definitely hint at Clare's shocking exit. One of the new clips shows Clare dropping a pair of heels, which fans think could be an indication she's done with the filming and has already run off with Dale.

Another video is even more on-the-nose, showing Clare tossing a rose at the camera. It seems to be a pretty blatant hint Clare is done handing out her roses.

Clare's reported departure won't bring Season 16 to a halt, though. Multiple outlets have reported that fans will get to see Clare's first few days as the Bachelorette as she falls hard for Dale and decides to leave the show, and then Tayshia Adams will step in to take Clare's spot for the remainder of the season. ABC has not confirmed any of this, but it sounds like Bachelor Nation is in for one of the franchise's biggest shake-ups ever.

The Bachelorette will air Tuesdays this fall. A Season 16 premiere date has not yet been announced.

More like this
Zac Clark's Quote About His Relationship With Tayshia Adams Post-'Bachelorette' Is Honest
By Corinne Sullivan
These Tweets About Regé-Jean Page Leaving 'Bridgerton' Are Royal Bummers
By Cianna Garrison
This 'Drag Race' Season 13, Episode 14 Clip Shows The Top 4 Getting SO Real
By Lexi Williams
Stay up to date