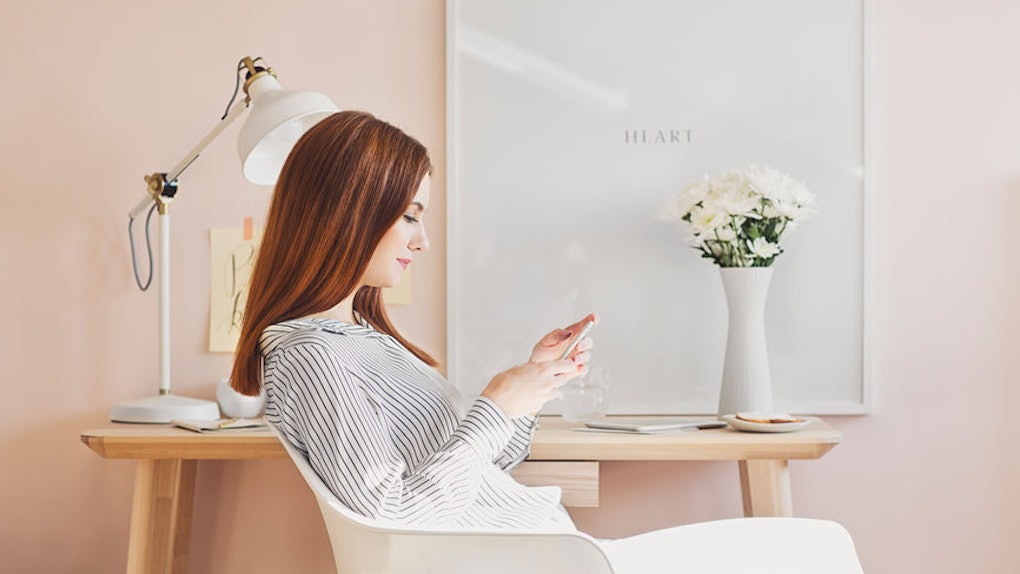 Can You See If People Are Active On Hinge? Not Quite, But It's Complicated

Dating apps are tricky terrain. If you're using Hinge, it's probably because you're attracted to the concept of an app designed to help people find relationships. (The "dating app designed to be deleted," the app says.) But sometimes, and because we're human, it's easy to forget about the delete part after finding someone special, or even when people just want to take a break from online dating. This is great for them, but sort of crappy if you swipe on them, match, and never hear from them again. So, how can you see if people are active on Hinge? Well, the short answer is, it's complicated.

While Hinge doesn't exactly have an "active" feature, like Instagram and Facebook do (those little green dots by your name show users you're online!), the possible matches you see when you open the app have been recently active on the app, for the most part. According to Jean-Marie McGrath, Director of Communications at Hinge, "75 percent of the people you see on Hinge were active in the last three days," which is pretty solid, if you think about it. That means that only 25 percent of the people you might see on Hinge are inactive, and that could mean they've been off the app for one week. Basically, the chances your match is inactive are low.

Because it's the app that's "designed to be deleted," Hinge is where you go when you're intentionally looking for a serious relationship. When you create an account, you're prompted to input your height, religion, ethnicity, whether or not you have kids, and more basic information if you want to. (It's not mandatory.) Then, you're asked to answer three questions from a predetermined list. They're fun questions, like your ideal Sunday morning, where you'd be at a party, or the thing you can't live without. The point of these questions is to allow your potential matches to get to know you a little more than they would if they were just seeing a few pictures and your bio. Hinge matches you with other people who you're likely to have something in common with, based on both of your detailed profiles, according to Hinge.

Hinge launched in 2012, around the same time Tinder did, and for a while, the two apps were relatively similar, though Hinge tried to connect you with friends of friends on Facebook, instead of just who's closest to you, like other dating apps do, Make Use Of reported. The app pivoted its focus in 2015, when they noticed people who swiped on others weren't really connecting beyond just swiping. They rebranded as an app for people who wanted relationships and "meaningful connections," Make Use Of wrote. And it's worked for them. Hinge has been the number one dating app mentioned in the New York Times wedding section since 2017. The idea is to really get people off the couch and on a date, and they've made it pretty easy.

So, even though you can't technically see whether or not someone is active on the app in that moment, you can rest assured that the majority of the people who show up when you open the app have been active within the last three days. Sounds pretty conducive to finding love, don't you think?