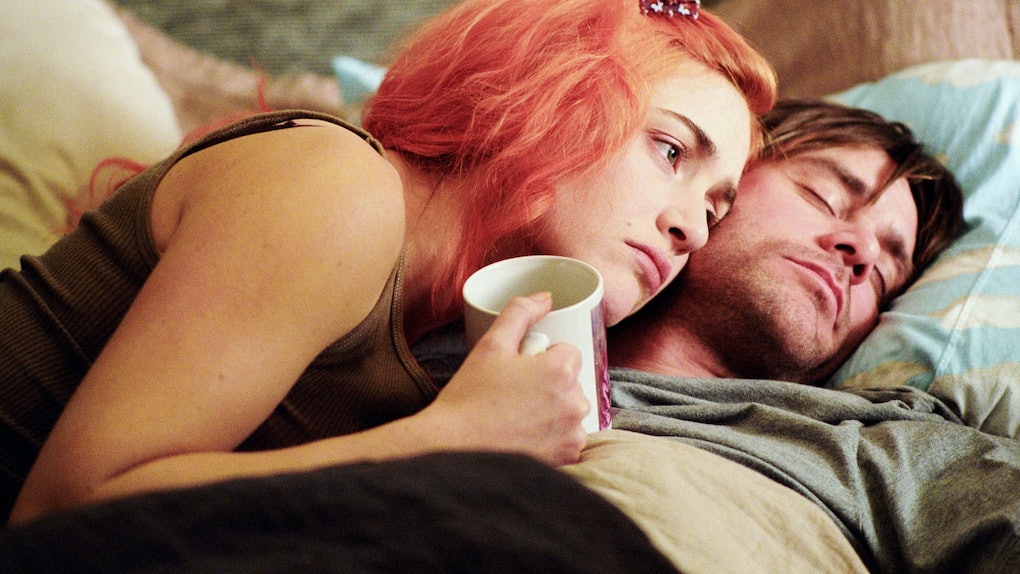 There is a multitude of reasons why you might choose to fire up your streaming service of choice and watch a romantic movie — like purely for entertainment’s sake or a distraction from the perils of your own love life. But what about for educational purposes? There are so many movies that teach us valuable relationship lessons, and TBH, it’s a lot easier to watch fictional characters figure this stuff out than to learn the hard way.

Without a doubt, love is one of the most common themes woven into films across a range of genres. From comedies and crime dramas to action flicks and thrillers, most movies involve some kind of romance to a certain degree. No film would be complete without conflict, and it’s surprisingly rewarding to observe the characters as they grapple with their romantic pursuits and relationship challenges. Not only are you kept on the edge of your seat, wondering whether your favorite characters will end up together in the end, but you are also privy to some life-changing takeaways when it comes to matters of the heart.

Who knew you could gain so much wisdom from watching a fictional story unfold? If you’re looking to up your relationship game, be sure to add these romantic movies to your queue stat.

This love story, which unfolds in a non-linear fashion, is told from the point of view of Tom (played by Jason Gordon-Levitt, a greeting-card writer and hopeless romantic/idealist. When he meets Summer (Zooey Deschanel), his boss' assistant, it's love at first sight. Unfortunately, however, Summer claims she doesn't believe that true love exists. But as the events unfold, it becomes clear that Summer isn't jaded — she just doesn't share Tom's feelings.

Just because you have things in common with someone doesn't mean they're "The One." Unrequited love isn't the end of the world, but rather a sign that you're not as compatible as you thought you were.

When Sarah (Kristen Bell) brutally breaks up with Peter (Jason Segel) at the beginning of this rom-com, you can't help but feel for the guy — and not just because he's blindsided and pants-less when she ends things (talk about vulnerability), but also because she's a gorgeous actress with a successful television career.

Peter's plan to get over her by taking a trip to Hawaii is almost foiled when he finds out that Sarah is staying there with her new boyfriend. But guess what? He doesn't let that ruin his vacation. In fact, he starts falling for the hotel concierge (Mila Kunis) and discovers that she brings out the best in him in a way his ex never could.

Sometimes, a breakup is actually a blessing in disguise.

This classic rom-com should honestly be required viewing for anyone who has a crush on a friend, or is questioning whether they could ever see a friend in a romantic light. The story follows Harry and Sally, an unlikely duo that bonds during a road trip to New York City after college and eventually forges a friendship after running into each other years later. They support each other through bad dates, broken hearts, and betrayals, and all the while, the intimacy between them steadily grows.

At the beginning of the film, when Harry tells Sally that men and women can’t be friends, she scoffs. Surely, men and women can be friends, right? But as it turns out, when they’re both attracted to each other and happen to possess explosive emotional chemistry, that’s where it seems to get tricky.

"The One" might be right under your nose. Don't overlook the romantic potential of your BFF.

'Eternal Sunshine of the Spotless Mind'

When this romantic sci-fi drama starts, it appears to be a classic girl-meets-boy story when Joel and Clementine cross paths on a train and strike up a conversation. What they later realize, however, is that they already dated once before — and they underwent a medical procedure to erase their memories of each other after breaking up. Eradicating your ex from your brain may seem like a splendid idea, but the characters in this film learn that those painful memories are actually crucial to your sense of identity and long-term happiness.

Even if it doesn't end well, true love is too powerful to erase. And when you attempt to avoid the grief, you lose out on an opportunity to learn, grow, and move forward.

Professional "date doctor" Hitch (Will Smith) appears to know it all when it comes to winning someone over. But when his bumbling client Albert (Kevin James) hires him for help wooing the stunning, successful Allegra Cole (Amber Valletta), it becomes clear that he knows a little less about love than he thinks. Sure, he shows Albert a slew of smooth moves, some of which come in handy. But what ultimately sweeps Allegra off her feet is Albert’s authentically sweet, awkward, and thoughtful self.

Being yourself is the best way to snag the right person. Hitch begs Albert not to show Allegra his ridiculous dancing style at the event they’re going to, but when he ignores that advice, Allegra actually finds his moves totally adorable. So, don’t pretend to be someone you’re not, because your crush may prefer the real you. anyway.

When sports agent Jerry Maguire (Tom Cruise) writes a passionate company-wide memo that gets him fired, he decides to open his own management firm. Coworker Dorothy Boyd (Renee Zellweger), a single mother, is the only employee to leave with him, and bravely start from scratch. The two spark up a romance, get married, and Jerry quickly takes on the role of a father figure to her adorable son. Once Dorothy begins to realize that she may have more of her heart invested than he does, she confronts Jerry and they decide to separate. But for Jerry, all it takes is losing Dorothy to realize how much he truly loves her. TBH, this one is worth watching just for the legendary one-liners like, "You complete me," and "You had me at hello," to name a couple.

When Jerry storms out of his office after being fired, Dorothy boldly follows him. Even after he’s lost everything, she believes in him. Ultimately, Jerry discovers that Dorothy is his soul mate because she’s the one he wants to share life’s challenges and triumphs with. The takeaway? Choose the one who sticks by you, no matter what.

When Julianne gets a voicemail from BFF Michael about some big news, she excitedly wonders if he's following through on a promise they made long ago to get married if they were still single at age 28. After finding out that he's actually engaged to the oh-so-bubbly and endearing Kimberly (Cameron Diaz), who wants her to be the maid of honor, she launches a rampage to split them up so that she and Michael can finally be together. Spoiler alert: All of her scheming doesn't exactly pay off.

There are two lessons to learn here. First, if you only want someone because you can't have them, it's not meant to be. And second, if you truly love someone, don't wait to tell them — or eventually, it may be too late.

Baby (Jennifer Grey) is enjoying one last trip with her family at a Catskills resort before joining the Peace Corps — but her summer takes an unexpected turn when she meets Johnny (Patrick Swayze), the resort's dance instructor. Johnny invites her to be his new dance partner, and while he's teaching her how to groove for upcoming competitions, they start falling head over heels for each other. Baby's father eventually forbids the romance, but that doesn't stop these two from crushing it at the last big dance of the summer.

"Nobody puts baby in the corner." I kid, I kid. The message here is clearly that if you're open-minded, love can change your life for the better. When Baby meets Johnny, she's essentially got her whole life planned out, and it definitely doesn't include dancing. He not only inspires her to discover and pursue a new passion but also to consider dating someone who she may never have previously considered her "type." Oh, and one other lesson: always volunteer to carry the watermelon — you never know where that one little task might lead you.