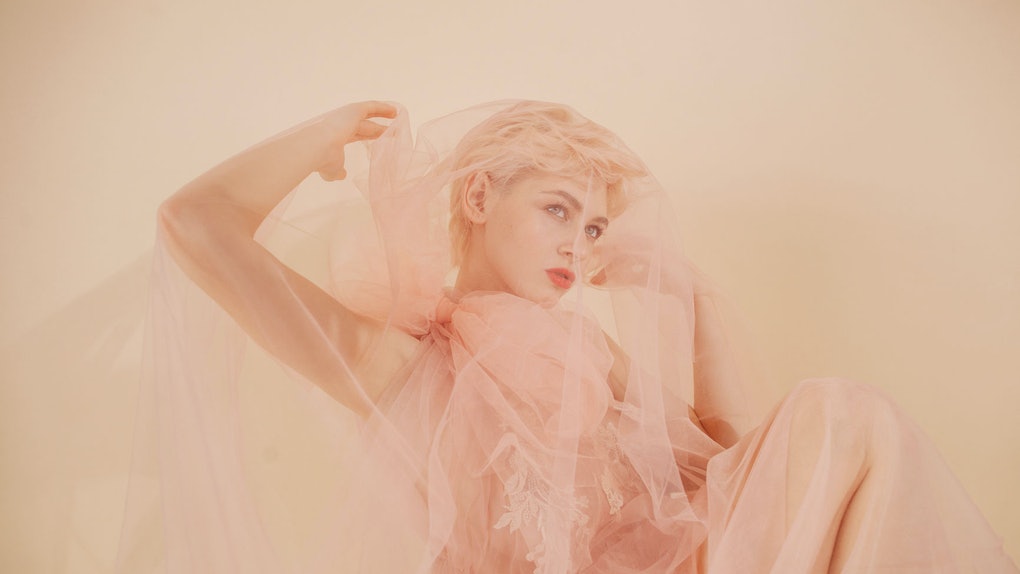 6 Wedding Ceremony Horror Stories That Will Make You Scream

Murphy's law states that whatever can go wrong, will go wrong, and the popular adage definitely seems to apply to some weddings. It could be something small, like a cell phone ringtone suddenly playing “99 problems” during the vows, that kills the vibe. Or, it could be a larger catastrophe, like a bridesmaid who’s MIA or a drunken groomsman, that ruins the festivities. Unsurprisingly, there is no shortage of wedding ceremony horror stories. Some of these tales are hilarious — but some of them are downright cringeworthy.

The unfortunate reality is that there are so many things that can go awry at a wedding. For example, I can’t count how many times I’ve watched someone make a scene after having a few too many cocktails at the open bar. According to Komo News, a survey revealed that nearly half of all brides fear the best man’s speech — and it makes sense. Very often, the best man uses this opportunity to rag on their buddy, or worse, relay reputation-scarring tales from their bachelor days. And there’s so much more to worry about, from family drama and awkward toasts to a guest's objection and catering fails. Sadly, a 2015 Sony survey of nearly 2,000 people found that 54 percent of people experience memory loss on the big day due to all the chaos, and more than one in four admit that don’t even remember their wedding vows as a result of the mayhem.

While wedding day horrors can happen at any point, the ones that occur at the ceremony can be particularly traumatic — after all, this is when the bride and groom are making their lifelong commitment to each other. Without further ado, here are some of the most hellish stories from the altar that truly take the cake (pun very much intended).

When I was like five, this couple we knew got married. We'll call them Ricky and Rochelle — not their real names, but they were like that where they started with the same letter and it just rolled off the tongue. So fast forward like ten years and they get divorced. Then a couple of years after that, Ricky got engaged again to a woman we'll call Jessica. Since "Ricky and Jessica" didn't flow as smoothly as "Ricky and Rochelle," Jessica inevitably was called by Rochelle's name a few times. Obviously annoying/embarrassing, but she was always pretty cool about it.

Except then the pastor at their wedding did it. Ricky was really sweet about it and they did their best to keep the ceremony on track but Jessica was obviously (and understandably) really upset. Plus, their wedding took place on a platform with stairs leading up and stairs leading down, with the bridesmaids and groomsmen standing on the stairs and a couple of minutes after the pastor's heinous mistake, one of the bridesmaids fainted and started to fall down the stairs. The reception and location were beautiful but the actual ceremony was a sh*t show.

More of a personal social horror story. I was the guy who opens the door for the bride at my dad's second marriage. I couldn't get the door open because the floor lock was jammed. So in my panicked state I just start beating it and talking myself. Standard IKEA-building reaction. When I realized what I was doing the whole church was staring me down and I just stood up and went out for a smoke. Never got the damn door open though.

The Priest Who Improvised

My favorite part was the priest. Dude sounded like Steve Brule. He had a notebook of what he wanted to say but mostly winged it. The best lines were: "If your love can't endure, it's I uh um it's... It's bad for business.” “We are here to join Tony and Cindi, no wait that... that's not right. Tony and Barbie... SH*T! What's your name? Oh yeah, Brandi!" "And now see with love, you have all the good times behind... no wait, you have all the good times AHEAD of you, that's the right one." Dude was totally sober the whole time.

I had already heard horror stories from my BFF (the bride) about her mother-in-law, but her shenanigans at the wedding ceremony might have topped it all. She had been given the responsibility of holding onto the ring (I suspected this was a terrible idea) and handing it off to the ring bearer, the groom's eight-year-old nephew. When the nephew came down the aisle, he looked petrified. As he got closer, it was clear that the silk pillow he was carrying was empty. The groom whispered something to him, and he shrugged his shoulders.

Then, the mother-in-law came charging down the aisle in hysterics. There were some tense whispers had between the bride, groom, and the mother. "I LOST IT, OK?!" the mother-in-law shouted, before breaking down into tears. The bride and groom then had to stop to console her. The ceremony paused while family members went on a wild goose chase searching for the ring. Eventually, it was found on the toilet paper dispenser in the church bathroom.

The ceremony was like four hours long with a ton of kneeling, standing, singing, and hugging the person next to you. I was dehydrated and hungry as hell about two hours in.

I had an alarm set to "Eye of the Tiger" that I forgot to turn off. I felt horrible, but the bride said she didn't even hear it. I'm lucky it was an outdoor wedding and not in a church. I learned my lesson since then, as my phone gets turned completely off at weddings now.

One word: Woof. It just goes to show that no matter how much thought and planning you put into the big day, there are still factors that are simply beyond your control. The good news? If things do go wrong, you’ll hopefully have something to laugh about years down the line — once you’ve recovered from the trauma of it all, of course.