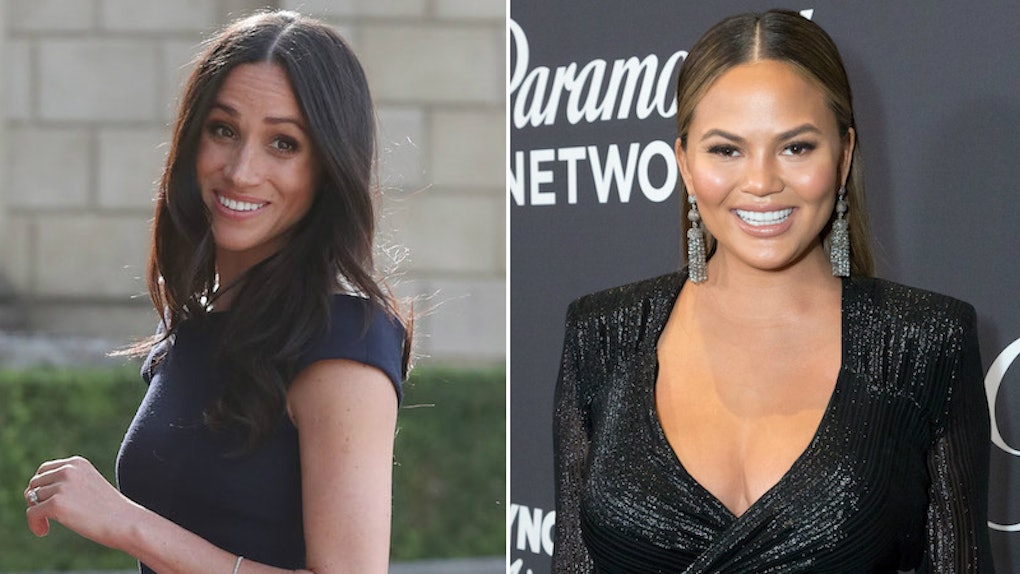 Meghan Markle has really been going through the ringer with her family back in the States. Ever since the Duchess of Sussex announced her engagement to Prince Harry, Duke of Sussex, a slow trickle of family members began appearing in the press to weigh in and take ownership of their shared DNA with the new royal. Most notably, her father, Thomas Markle, and halfsister, Samantha Markle, have gone out of their way to blast Meghan and Harry in the media and cash in on the benefits. However, some of their famous friends aren't having it, and I have just a few favorite celebrities that have stood up for Meghan Markle.

To make the longest of stories short, Thomas Markle has apparently made it his mission to guilt Meghan and Harry for reportedly excluding him from their royal lives. Originally, the press was working hard to make it look like Thomas and Meghan had a frayed relationship before the wedding, something Meghan combatted by confirming her father was going to walk her down the aisle. Then, after a staged photoshoot with paparazzi and surviving a sudden heart attack, Thomas didn't make it to the nuptials. Since then, he's been capitalizing on media, reportedly for monetary gain, all while claiming Meghan and Harry are shunning him.

In the wings, Samantha Markle jumped in, writing a tell-all book and going so far as to blame Meghan for her father's death. (That is, if he were to die soon. Personally, I think she was grasping at desperate, attention-seeking straws with this one.) Meghan and Harry have remained mum on the whole thing and basically are just walking around kissing and being in love. Still, they've gathered quite the support system in their short time together as partners, and a bunch of their celebrity super-buddies have jumped up to defend them. While Samantha, Thomas, and various tabloids would have you believe the Duchess is a dismissive family member, many celebs have spoken out on behalf of Meghan throughout her short time as a royal, giving testament to her character.

After Thomas participated in a multi-hour interview with The Daily Mail published on Sunday, July 28. Hours later, Chrissy Teigen weighed in with her two cents on Twitter. Thomas made some outrageous statements, like suggesting Meghan cut him out for good, that he's afraid of getting kidnapped, and that Princess Diana "wasn't perfect." Teigen told her followers "this guy sucks" and asked him to just let his daughter be happy.

According to Cosmopolitan, Samantha Markle piped in on her private Twitter account and called Teigen a "pudgey faced airhead."

Chrissy might be the latest celebrity to jump to Meghan's defense, but the support started long before the family drama.

In the beginning of their engagement, British traditionalists were dragging Markle for her previous divorce from American film producer Trevor Engelson. Traditionally speaking, anyone marrying into the royal family would preferably have a squeaky clean relationship history that definitely does not include a previous marriage. When the Twitter account for The Spectator called Meghan an "unsuitable" wife back in November 2017 due to her divorce, J.K. Rowling jumped in to defend her.

The famous author and creator of the Harry Potter franchise simply shared The Spectator's post with the caption, "#TeamDivorcée."

3. Priyanka Chopra went to bat for her on the Wendy Williams show.

Chopra has been friends with Meghan for a handful of years and even attended the royal wedding! During an interview on The Wendy Williams Show on May 23, 2017, Chopra made sure to remind the host and viewers that Meghan is so much more than Harry's partner.

At the time, Meghan and Harry weren't even engaged, but host Wendy Williams was speculating. She was prying to see if Chopra had a sense of where their relationship was going and made the mistake of referring to Meghan as "Meghan Markle, Prince Harry's girlfriend." Chopra chimed in, "Also, Meghan Markle, actress, Suits, her achievements. Just saying..."

This is exactly the kind of friend you want in your corner.

4. And Serena Williams is an OG friend.

If there's one person I want on my team, it's Serena Williams. And this world-renowned athlete has nothing but love and support for her main girl, Meghan. According to People magazine, the two first met at the 2010 Super Bowl and became fast friends.

When the press started to pick up around Harry and Meghan, the Duchess of Sussex initially went to Williams for advice on how to deal with prying paparazzi. Williams told Vanity Fair in October 2017, "I told her, ‘You’ve got to be who you are, Meghan. You can’t hide.’” She also said, "Her personality just shines."

This advice must ring true for Meghan now, especially considering how she's managed to stay on the high road even though her family continues to take low blows.

At the end of the day, Meghan and Harry's happiness is what matters most. I certainly hope her family can give all the drama a rest and maybe lay some groundwork to rebuild their relationship. Until then, at least she's got these powerful women behind her!