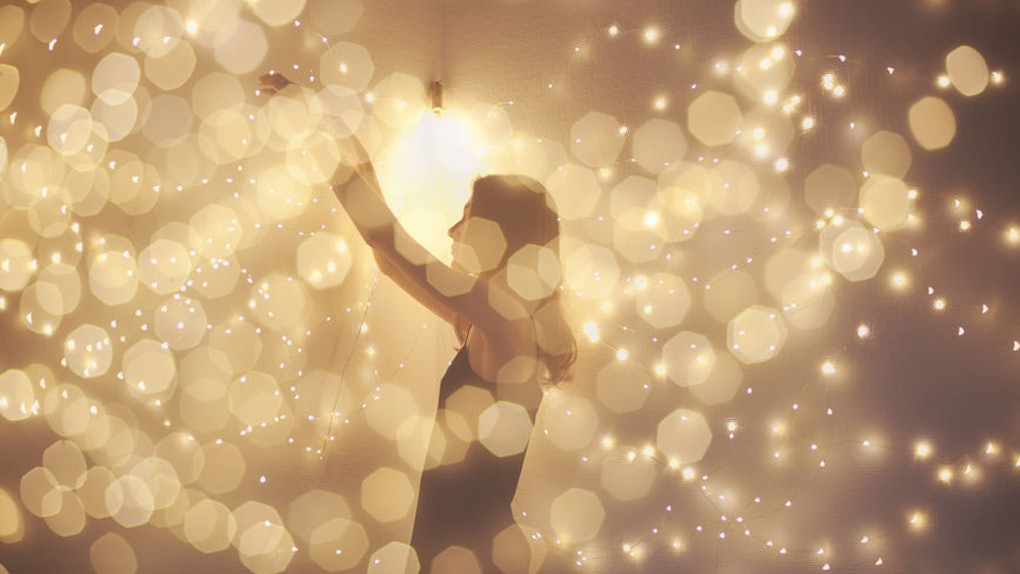 For someone who was never all that interested in astrology, I’m totally picking up what space is putting down in 2018. I know, I know — ask almost anyone actually tapped into the wild activity of the stars and planets thus far this year, and they’ll tell you the universe has it out for us. Between retrogrades here and solar eclipses there, it’s been an adventure, but the weird things the partial solar eclipse could do to your body on Saturday, Aug. 11, don’t sound half bad in comparison to what’s been going on over the past few months.

In fact, according to Katie Huang, co-founder of the wellness subscription service MoonBox, this highly anticipated event is going to bring about all the good vibes, which is then going to inspire you to take any steps necessary to better your body like you never have before. And yes, I know that sounds dramatic, and maybe even a little cheesy, but if recent retrogrades have you in a funk, I’m sure you’ll appreciate this upcoming turn of events.

Retrograde, eclipse, solar — a lot of the vocabulary associated with space sounds downright terrifying. I mean, did you even know space goes on for infinity? It’s honestly some mind-blowing stuff, so I had to make sure — for you, but mostly for myself (sorry not sorry) — that whatever this next partial solar eclipse has in store for the universe is, at the very least, copacetic. But in order to decode the message this partial solar eclipse is about to send, I asked Huang to explain what’s actually going to happen in the sky on Aug. 11. Spoiler alert: It’s harmless.

Unfortunately, according to Express, if you’re located in the United States, you won’t be able to see the eclipse in action. Plus, it doesn’t last very long, and is also supposed to start at 4:02 a.m. ET, peak at 5:46 a.m. ET, and end around 7:30 a.m. ET. Personally, I probably would have slept through it anyway. But even though you probably won’t be uploading any partial solar eclipse shots to Instagram this time around, Huang says you’re likely to feel its astrological effects two days before and up to four days after the fact. Now that sounds powerful.

And, trust me, it is. The partial solar eclipse could do some potentially weird things to your body this time around, but experts are asking you not to fight it and, instead, to trust it fully. "Weird" doesn't necessarily equate to "bad" or "wrong." It just means your body is going to feel a little out of sorts until these good-for-you feels become its new norm. Here are some of the ways you might feel physically affected by the partial solar eclipse.

An Energy Boost Will Motivate You To Get Active

Maybe somewhere along the way of testing out one trendy workout program to the next, you've lost your "fitness happy" — a term I picked up from blogger Taralynn McNitt of Simply Taralynn, that alludes to any form of physical activity that gets your body moving and is something you genuinely enjoy. Well, according to Huang, this partial solar eclipse is expected to be awesome for anyone looking to "get a jumpstart on anything related to health or exercise." So if you've been looking for motivation to get back into it, clearly the stars and planets are aligning for you.

"The eclipse will offer a potent boost of transformational energy and the courage of Leo to take that leap toward new beginnings," Huang tells Elite Daily. In other words, that CrossFit gym you've passed a few times on your way home from school? Now's the time to stop in for more information. The partial solar eclipse is offering up the perfect opportunity to get outside your comfort zone and try something new. Your body might feel a little awkward adapting to a new routine, but as long as astrology is on your side, it sounds like, eventually, you'll get the hang of it.

You'll Want To Kick Bad Health Habits To The Curb

Have you tried time and time again to nip a particularly bad habit in the bud, but had zero luck actually following through? Bad health habits like smoking, excessive drinking, ordering takeout more often than you cook, or eating more sweets than you do veggies, to name a few, are probably wreaking havoc over your body right about now, so if you need that extra push to guide you toward replenishment, ride out this partial solar eclipse without hesitation.

"Because eclipses (solar ones in particular) are linked to the sun more so than the moon (as with a lunar eclipse), they often shed light on certain situations or habits we’ve been putting up with or ignoring, providing those 'a-ha!' epiphany type moments," Huang says, referring those very specific, life-changing instances when you realize the bad habits you've been holding on to are actually doing nothing for you. Maybe you quit cold turkey, or ease into the process with caution — however you choose to do it, your body is going to feel a little off, and probably a little overwhelmed, but keep at it. Your insides will thank you (eventually).

Between school and work, there probably isn't much room in your adult schedule for play. And when I say play, I don't mean happy hour with your friends or dinner and a movie with bae. I literally mean playing, as in running around in circles for no reason, playing a sport only by the rules you make up on the spot, or climbing a tree as high as you can go, even if that means scraping your knees against branches on your way up.

News flash: Adult life doesn't have to be lived so stiffly, and the sun, moon, and Earth are all coming into (partial) alignment to remind you of that. Astrologer Gregory Scott told Express that come Saturday, there's going to be this undeniable, fiery energy lingering in the atmosphere that's going to make you feel all kinds of passionate and, above all else, confident. “There’s the ability to laugh and have fun and be around children or to get in touch with your inner child and play and enjoy it," Scott explained, which means your body might suddenly crave freedom to roam and explore and get into trouble. And you know what? You just have to go with it, no matter how unnerving it may feel.

More like this
Your Favorite Way To Escape From Reality, As Told By Your Moon Sign
By Roya Backlund
The Most Common Misconceptions About Each Zodiac Sign Can Easily Be Explained
By Chelsea Jackson
The TikTok Dance Challenge You Should Try, Based On Your Zodiac Sign
By Chelsea Jackson
Stay up to date