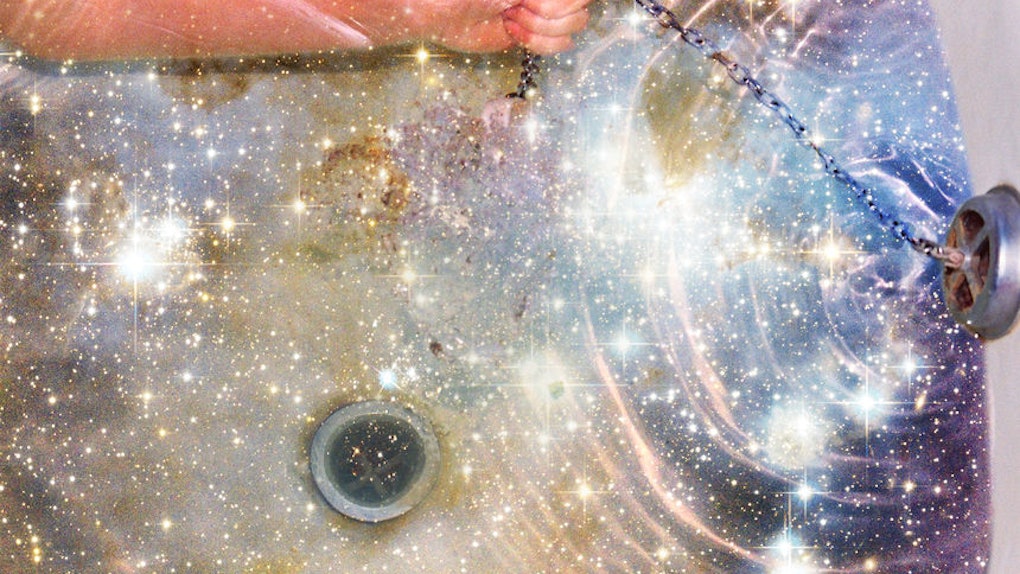 How Often Does A Partial Eclipse Occur? Here's How It Affects Your Mind, Body, & Spirit

How's your eclipse season, stargazers? The cosmos are obviously hard at work, considering there's (yet another) partial solar eclipse coming up on Aug. 11. I know, so many eclipses, so little time, right? Now, I'm pretty sure you're wondering, how often does a partial solar eclipse occur, anyway? Well, you've come to the right place, and I'm about to give you the 411 on eclipses, as well as the different types that occur. However, before we talk about these rare cosmic events, let's take a look at what's going on in the sky right now.

For starters, as of today, there are seven celestial bodies in retrograde, as we speak: Mercury, Mars, Saturn, Uranus, Neptune, Pluto, and Chiron. That's a sh*t load of retrograde planets, don't you think? It doesn't end there. We, the collective, are also in the midst of getting over last month's lunar eclipse in Aquarius, while preparing for the upcoming solar eclipse in Leo next week. I've said this in my previous articles, but given the cosmic circumstances, we could be feeling like we're stuck between a rock and a hard place, right now.

Remember, the moon pulls you, and there's a lot of spiritual purging that happens in between eclipses. What I'm trying to say is, you're not alone. The universe has your back, and it's in the process of pushing you to become the best version of yourself. Granted, change can be painful, but sometimes what doesn't end up happening, ends up being the best thing that never happened to you. Anyway, I digress.

Here's a closer look at how often partial solar eclipses occur and their meaning:

So, let's talk about the differences between a solar and lunar eclipse. As per timeanddate.com, a solar eclipse occurs when the new moon moves between earth and the sun, and a lunar eclipse occurs when earth casts a shadow on the full Moon. Now, in terms of their astrological meaning, a solar eclipse usually brings new beginnings, while a lunar eclipse comes with a big ending or finale. Personally, I know they're completely different, but symbolically, I believe that an ending is also a beginning, but that's just me.

Like I said, a solar eclipse can only occur during the new moon phase, when the moon is between the earth and the sun. This is when all three planets form a straight line in the sky: earth-moon-sun. Now, according to timeanddate.com, there are two to five solar eclipses each year, and a total of three different types: total, partial, and annular. However, there is also a rare combination of an annular and total solar eclipse, that occurs very seldomly.

A total solar eclipse occurs when the moon completely covers the sun, as seen from the earth. However, the totality of the eclipse can only be seen from certain areas.

An annular solar eclipse occurs when the moon appears smaller than the sun. This happens as the moon passes across the solar disk, which forms a bright ring of sunlight.

Can you believe the ancients used to be terrified of eclipses? I mean, I get it, it is a cosmic phenomenon after all. Although, personally, I can't help but be completely fascinated by them. Anyway, cheers to new beginnings, stargazers! Wishing you nothing but the best on your partial solar eclipse journey.