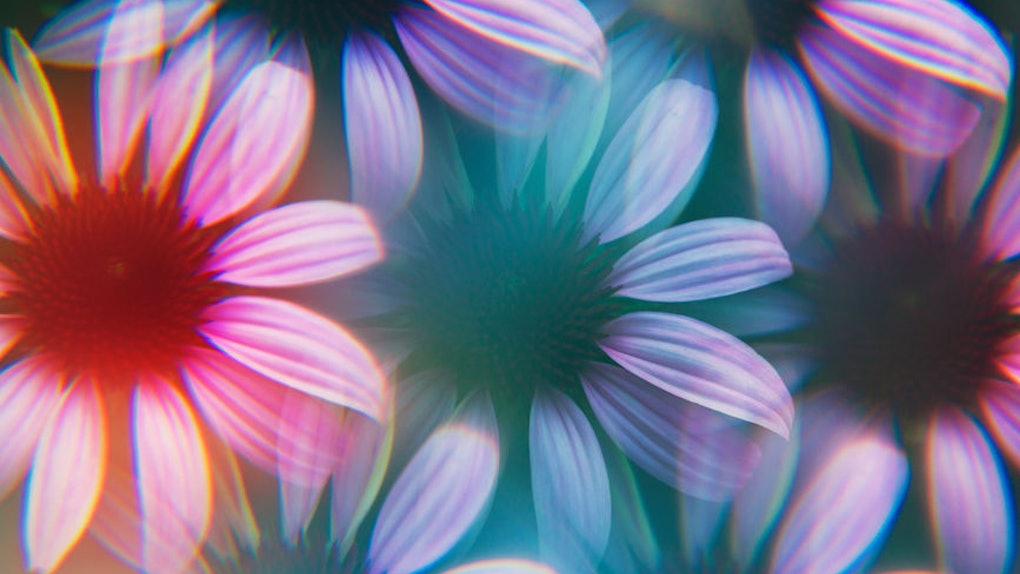 Will The August 2018 Partial Solar Eclipse Affect Your Mood? Here's How To Make It A Magical Experience

The last eclipse of the year is upon us, and I'm not going to lie, I couldn't be more thrilled, considering it's been one hell of an eclipse season, don't you think? Now, if you're wondering whether or not the August 2018 partial solar eclipse will affect your mood or not, chances are it will, and I'll tell you why. For starters, this is the third eclipse of the summer, as the first two took place this past July: The new moon partial solar eclipse on July 12, and the total lunar eclipse on July 27. Now, the two weeks in between eclipses, are usually very challenging, as there is a lot of energetic tension in the air.

Do you feel that? This is what astrologers refer to it as being "eclipsed," since moving forward and getting things done can suddenly seem quite difficult. It's almost like the saying, "stuck between a rock and a hard place." It also doesn't help that there will be six planets in reverse at the time of this eclipse. This is real life, stargazers. Imagine, with more than half of the planets slowing down during this major lunation, how in the world do you expect the world to be business as usual? On the contrary, the majority of us are in our feels, and in the midst of major highs and lows, but just know this, you are not alone. We will get through this together.

Granted, you're bound to feel all sort of ways throughout this eclipse. In fact, being moody is sort of inevitable during this time. However, those of you with personal planets (Ascendant, Moon, Mercury, Venus, or Mars) in a fixed sign, (Taurus, Leo, Scorpio, or Aquarius) will get front row seats to this cosmic event. If you want to be more specific, check the degrees of your personal planets. If they're close to 18 degrees, (five degrees more or less) you will feel the effects more than most.

Most of the sun will be visible during the eclipse on Aug. 11, as this is a partial solar eclipse. Nevertheless, the new moon is the end of a cycle, and a symbol of new beginnings.

The new moon solar eclipse, on Aug. 11, is the perfect time to start again. In fact, the cosmos are pushing us towards a fresh start, so it's important to really acknowledge the overall meaning, in order for our goals to manifest themselves.

The energetic influence of a new moon usually lasts up to four weeks, but the effects of a solar eclipse can last up to six months. This partial solar eclipse is part of the July eclipse family, and will last until the January 2019 solar eclipse.

The eclipse will also conjunct (sit close to) Mercury Retrograde. This energy can be a bit tricky, as it complicates decision making and communication in general. Be mindful of your words, and stay away from important contracts.

In Leo, Mercury retrograde can spark unnecessary drama and ego trips. It also doesn't help that this energy is made up of fixed signs, which can be stubborn and unadaptable.

This eclipse will also square (create tension) Jupiter, the planet of luck and abundance, in Scorpio. Together, these energies can come with an abundant amount of confidence and optimism, so stay conscious of this over-the-top energy, before making yourself look bad in the process.

Also, don't bite off more than you can chew, stargazers. Jupiter loves everything in excess, so it's important to stay grounded during this time. Sure, it's okay to have fun, but don't lose sight of what really matters.

This lunation will make a quincunx (when planets have absolutely nothing in common) to Pluto Rx in Capricorn, creating somewhat of a turning point in our lives. Where has your power been taken away from you?

Despite the darkness that comes with the God of the underworld, Pluto is constantly pushing us to transform something within our lives. Like I always say, if something collapses, let it collapse.