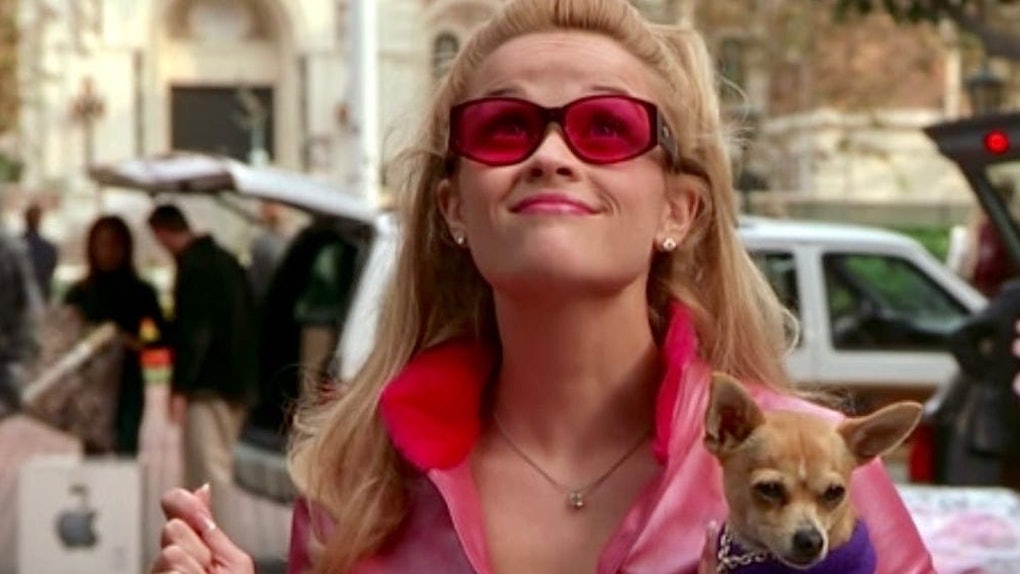 After breaking up with someone, watching a movie about a breakup is probably the last thing you want to do. A comedy or a romance might seem like a much better choice than a reminder of what you just went through. But while laughing or swooning might temporarily make you forget your heartache, a truly inspiring breakup movie might actually help you heal. Movies about moving on after a breakup don't always have a happily-ever-after ending. The protagonist doesn't always end up finding someone new. And yet that's exactly what makes them such a good choice post-breakup: They remind you that life doesn't always work out like it does in fairytales.

Bouncing back after a relationship ends is rarely instantaneous. It's tempting to wallow in self-pity or pine after your ex, even if the relationship ended for a good reason. Laughing helps, spending time with friends helps, but sometimes, a kick in the butt is what you need more than anything. Plenty of people have survived breakups, and — believe it or not — you will, too. If you need a little help picking yourself up and moving on from your ex, these inspiring breakup movies are sure to do the trick.

The best revenge isn't just looking good — it's showing your ex all you have to offer beyond your good looks. Elle Woods proves in this rom-com that having a law degree from Harvard is far more satisfying than having a six-carat Harry Winston diamond on your finger (especially if you also know how to do the Bend and Snap).

You'd think that an SO of nine years would cheer you on after you land your dream job, not dump you, but that's exactly what Jenny's BF does when she gets a job offer across the country. This movie is for anyone whose ex tried to make them choose between their relationship and their career, and it proves that the greatest cure for heartache is a wild weekend out with your friends.

'How To Be Single'

Leaving a long-term relationship behind can be disorienting, and it's possible that you may have forgotten how to be on your own. In this comedy, Alice is taken under the wing of her new coworker, Robin, who shows her how to navigate single life in New York City. Being single has seriously never looked so fun.

When high-powered executive Violet gets tired of waiting for her longtime boyfriend to propose, she decides to regain control in her life by getting rid of her favorite asset: her hair. If you're up for a movie where a woman learns to fall in love with herself after falling out of love with someone else, then this is your kind of rom-com.

The end of a relationship can be a new beginning, depending on your attitude. If you're tired of wallowing in self-pity, then you may want to take a page from Liz, who — after getting divorced — sets off on a journey of self-discovery through Italy, India, and Bali to reconnect with herself and, eventually, connect with someone new.

Losing a significant other can feel like losing, well, a significant part of yourself. In this comedy, Annie's breakup also coincides with the loss of her business, her apartment, her independence, her job, and even her newly-engaged best friend — until she learns how to let go of her bitterness and embrace the new changes in her life, for better or for worse.

It may seem like there's no one out there who can hold a candle to your ex, but that's probably just because you weren't looking before. This comedy follows struggling musician Peter as he attempts to get over his TV star ex, only to realize she may not have been as wonderful as he once believed her to be.

This romance tells the story of not one brokenhearted woman, but two: a down-on-her-luck English woman and an unlucky-in-love Californian who decide to switch homes for the holidays. As it turns out, a change of scenery is exactly what Iris and Amanda both needed to get over their exes, and this movie is a great reminder that it's possible to leave heartbreak behind.

'Sex and the City: The Movie'

The only thing worse than being stood up at the altar may be losing the gorgeous penthouse apartment (complete with a custom-built walk-in closet) you lived in with your ex-fiancé. Carrie and Big may eventually reconcile, but not before she takes her BFFs on her honeymoon, reclaims her old apartment, and takes some time apart from Big to figure out what she really wants for herself and her future.

Spending time with your besties after a breakup always helps, but so can spending time with someone who knows what you're going through. This dramedy follows record label executive Dan and aspiring songwriter Gretta as they bond both professionally and personally, but not romantically, which is actually pretty refreshing. And even though Dan returns to his wife, his influence allows Gretta to follow her dreams rather than following her ex.

I can't guarantee you'll be totally over your ex by the end of these movies, but I do suspect they'll make you feel at least a little more ready to move on with your life.