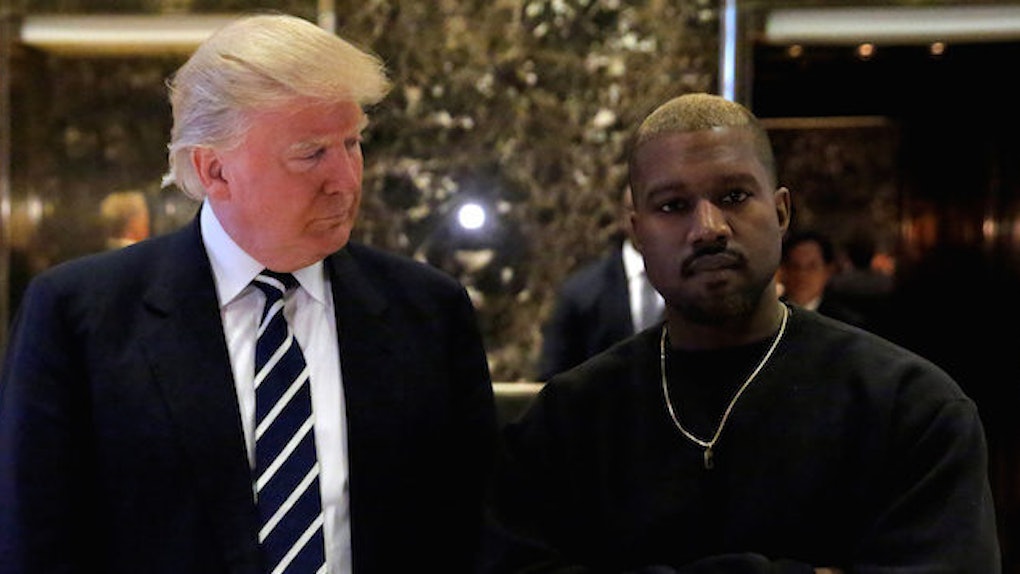 Rumors were swirling for a while that Kanye West would be performing at Donald Trump's inauguration.

This was especially relevant last month, after the rapper met with the president-elect at Trump Tower in Manhattan.

Kanye has made it clear he's a fan of Trump, which has been troubling for some of his fans.

Kanye said in November, right before his hospitalization, he didn't vote in the election (booooooo), but if he had, he would've voted for Trump.

With fewer than 24 hours before the inauguration, though, we now know Kanye is not lined up to perform at either the celebrations on Thursday or the ceremony on Friday.

Instead the Trump inauguration committee snagged some real popular acts like... 3 Doors Down.

So why isn't Kanye performing? It's not because he didn't want to, according to the inauguration committee.

It's because they didn't even ask him in the first place.

He considers himself a friend of the President-elect, but it's not the venue. The venue we have for entertainment is filled out, it's perfect, it's going to be typically and traditionally American, and Kanye is a great guy, but we just haven't asked him to perform.

Let's take a closer look at that.

This sure sounds a little, uh, racist -- almost like a presidential candidate calling for the "good old days" when black people were beaten up for protesting.

Or a person chanting "Make America Great Again," referring to those "good old days" when jobs were completely controlled by white men, without those pesky women and people of color getting opportunities.

The claim that rap isn't considered "typically and traditionally American" is bizarre when considered in the context of music history.

America does not have many "traditional" music forms. We are a country of immigrants, and much of our music is taken from other countries and cultures -- hell, our national anthem came from England, and our best pop songs are written by one Swede.

There are few musical genres that we can arguably claim as American. Country and bluegrass, sure.

And also jazz and, you guessed it, hip hop.